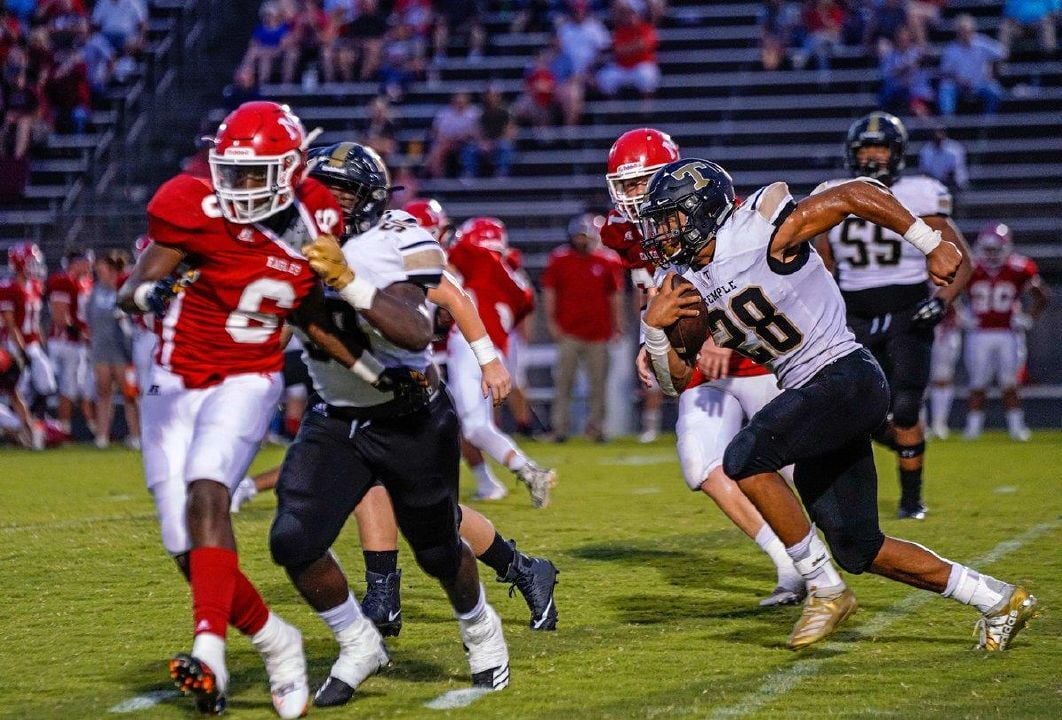 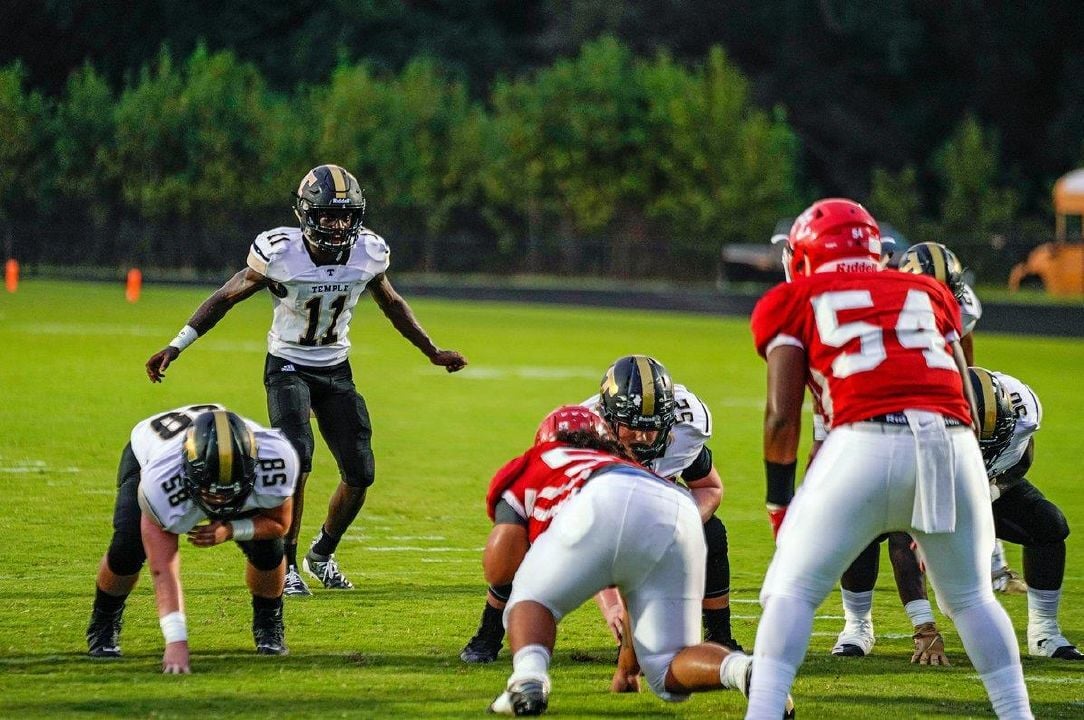 It’s the mantra teams across all sports ofttimes adopt for their respective postseasons. By the time the playoffs roll around, it no longer matters what your team did or didn’t do during the course of the regular season. All that matters at that point is surviving one game at a time and advancing to the next round to keep your season alive.

Sometimes, however, the colloquialism can apply for a team that’s fighting for a shot just to make it into the playoffs. That was the case for the Temple High School football team in 2019.

One year removed from an injury-riddled season that ended with a 1-9 record, the revamped Tigers stormed out of the gates with three straight wins to open their campaign this fall. But they quickly cooled down after their torrid start, and they found themselves on the brink of elimination with two games left in the regular season.

Temple was forced to win out against Spencer and Lamar County in order to preserve a chance to return to the big dance for the second time in three following after a five-season playoff drought.

The Tigers took care of business at home against the Green Wave, overcoming a slow offensive start to pull out a 23-6 victory on a rain-soaked Senior Night. Thanks to the win, last week’s road test against Lamar County meant the winner would be in the playoffs and the loser would be sent home.

Temple had to survive to advance.

Just as they’d faced adversity throughout the year, the Tigers found themselves struggling last Friday before senior Lane Ackles scored on a 15-yard rushing touchdown to give the team a 21-20 lead. After junior back Phillip Johnson’s run made it 28-20, the Trojans scored with 30 seconds left in the game to pull within striking distance.

Lamar County opted for a two-point conversion, but the Tiger defense stepped up and forced the stop to pull out the win and punch a ticket to the playoffs.

“This is huge. It’s big for our football program, period,” Temple head coach Scotty Ward said on Friday night. “Any time you can turn around a 1-9 and go 6-4, it’s a good year. We had chances to be a little bit, and it is what it is, but our kids went out and fought their butts off. It was a good night and it’s big for our town, and it’s big for our school and big for the local community as a whole.”

Temple (6-4) enters the Class AA state playoffs as the No. 4 seed. Consequently, they’ll find themselves as an enormous underdog on the road when they travel top-seeded Rockmart, which finished as the state runner-up last December.

The task will be tall, but Ward’s kids will have no issue adjusting their mentality for this week for the start of the playoffs. The Tigers are battle-tested, and they believe the trials they’ve undergone over the past month to qualify will play off this week.

“For our last two games, it’s been the playoffs. It truly has,” he said. “We had to beat Spencer to have a shot, then we had to win [against Lamar County] to get in. Really, for us, the playoffs started two weeks ago. It’s been a good two weeks, and we’re excited to strap it on and go back out and play this Friday.”

The Yellow Jackets have been nothing short of dominant this fall. The Region 7-AA champions are sitting at 10-0 and have outscored opponents 455-77 this year, with their closest margin of victory being 17 points

“I’m excited, our kids are excited, and it’s really good for our community and our school,” Ward concluded.