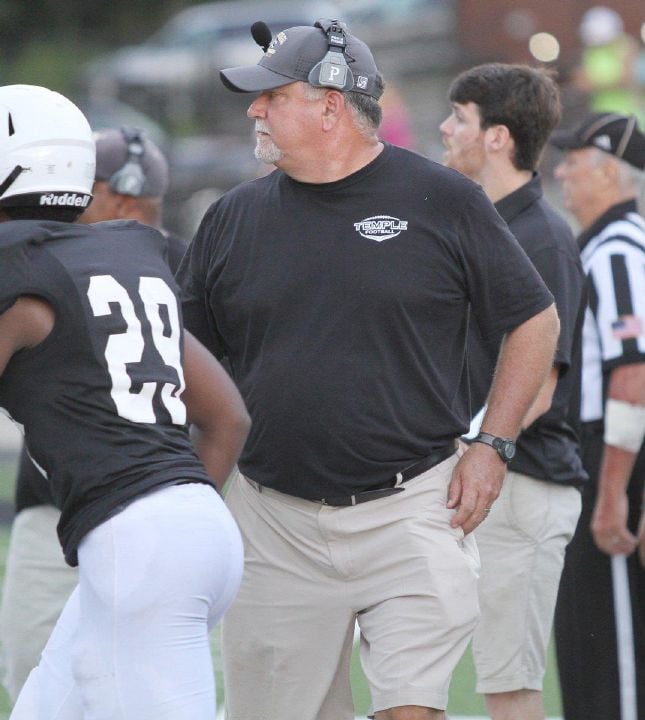 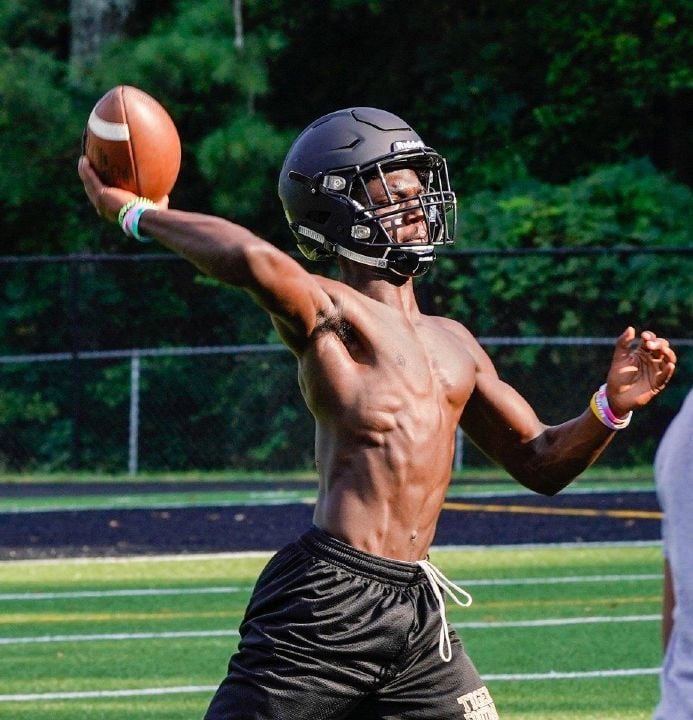 Jay Luzardo/Times-Georgian Scooter Tanner throws to a receiver during their offensive training. 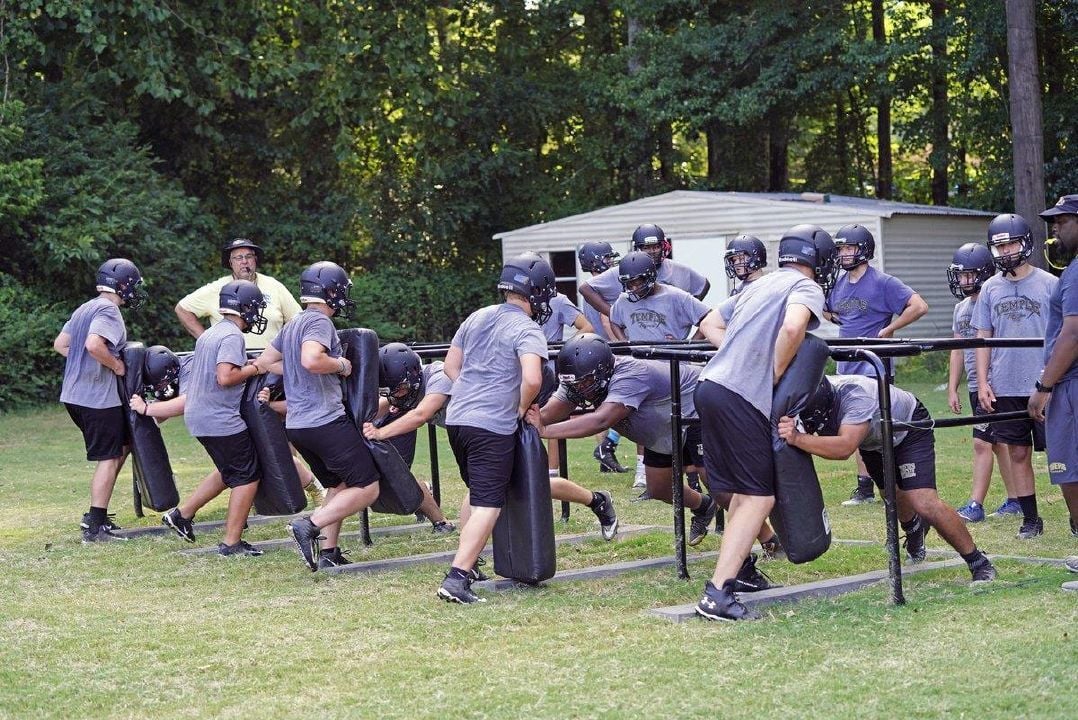 Jay Luzardo/Times-Georgian Scooter Tanner throws to a receiver during their offensive training.

This Friday, Aug. 30, will mark the official start of the Temple Tigers' 2019 football season.

Head coach Scotty Ward and his club will welcome the Putnam County War Eagles to Rogers Stadium for a non-conference home game at 7:30 p.m.

Last season the Tigers fell short to Putnam, losing 28-7 in the season opener away in Eatonton. But this year coach Ward is hoping that having the game at home will result to a much better showing.

"Since I've been here, anytime that we've played at home we've seemed to play much better here than we do on the road," Ward explained about his team's tendencies. "Sometimes that's the way it is, and for us we've played well, even the good teams, at home here and we have been really much better than we have been on the road. So, I'm hoping for a big night. It's the first game of the season. We all should be ready to go. I'm excited, and the players are excited, so I'm hoping it's going to be a good Friday night."

After two scrimmage games against Pepperell and Rockmart, coach Ward is focused on fixing the Tigers' new-look offense more than anything.

"The biggest thing was offensively we're trying to implement some new things this year," he mentioned. "That's the biggest thing. We're a little behind [offensively], as far as defense we're ahead. So we really, for the last few weeks, really [have] been hitting it hard offensively. So, hopefully we've got some things ironed out, and we're ready to go Friday night.

While offense has been their main focus in the Tigers' preparation leading up to the opener, coach Ward has also made practices a bit harder in order to get in better shape. He says that the goal is to be in better shape than everybody else and feels as though they have improved day by day throughout the week.

As the Tigers work to improve their conditioning and offensive game, coach is also aware of the type of team they will be up against this Friday.

He confirmed that they will be athletic, just like last season's War Eagles.

"They've got a young quarterback. He's a 10th grader, but throws the ball really well," Ward explained about his expectations. "He doesn't run as well as the other quarterback did last year, but they've got two backs that they move in and out and both of them can really run."

Aside from those key components, Putnam County is expected to have a big offensive line along with a few skilled guys on defense.

"Their middle linebacker's really, really good. So, you know, it's going to be a test for us. It really is," Ward suggested.

While he is sure that Putnam's head coach will have his group of athletes ready to go, he knows that they have to be just as ready in order to compete.

"I know coach [Shaun] Pope. I've known him for the last several years. He's going to have his guys ready, so we've got to be ready too," coach Ward concluded.