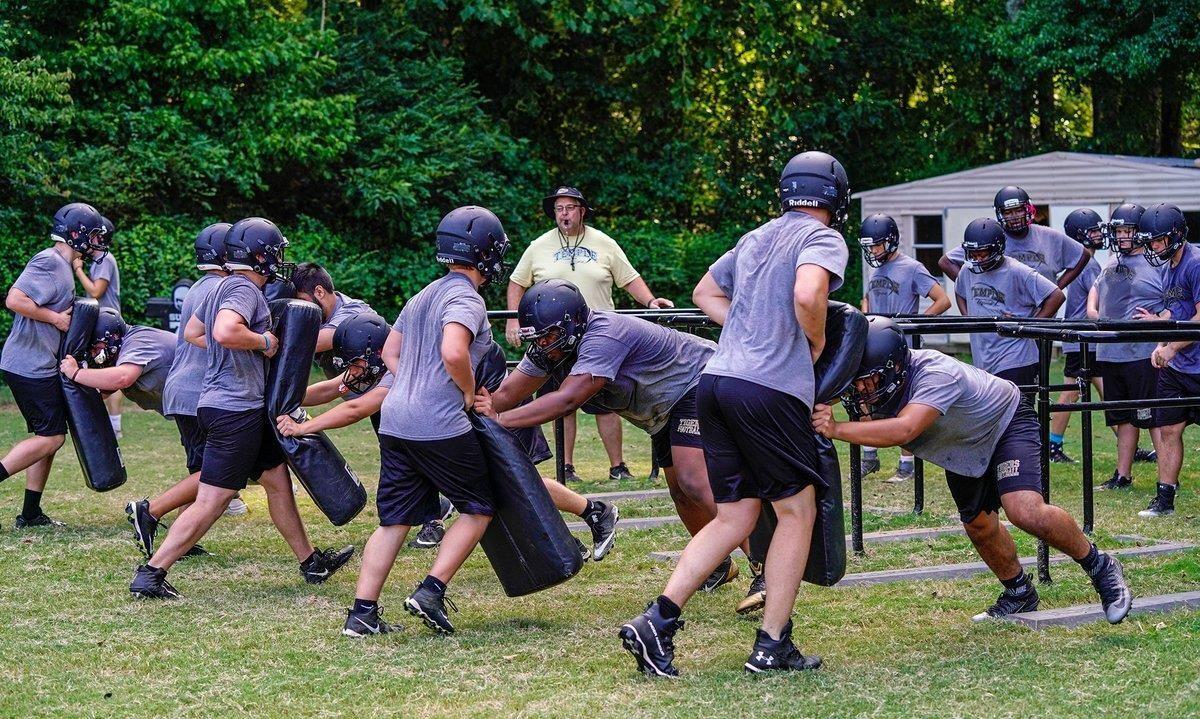 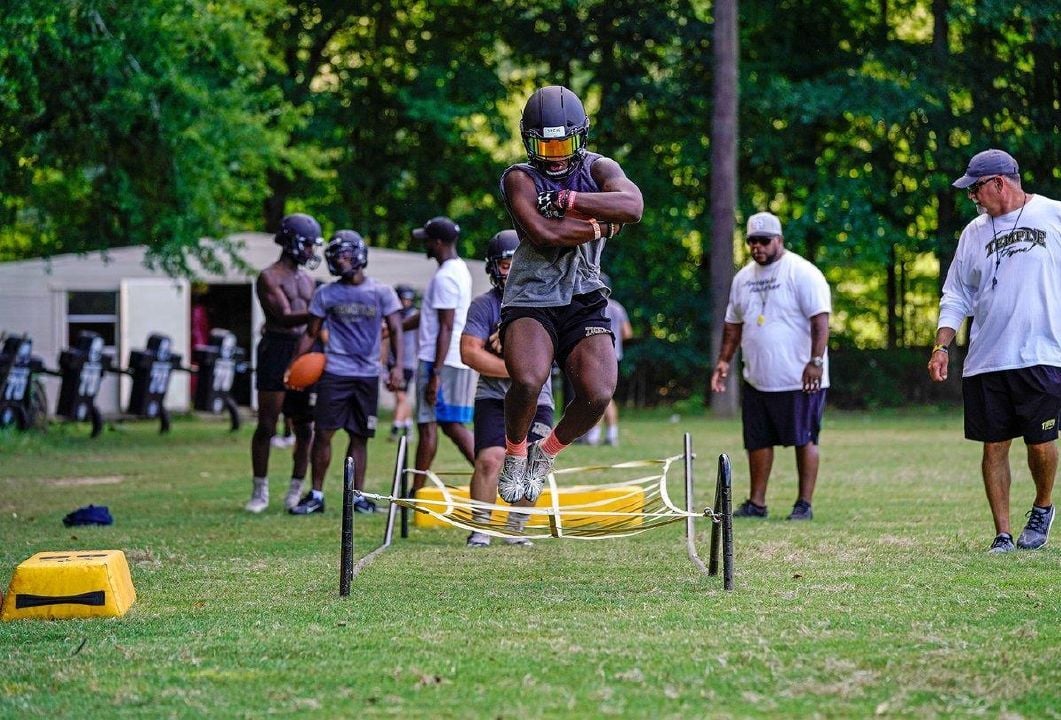 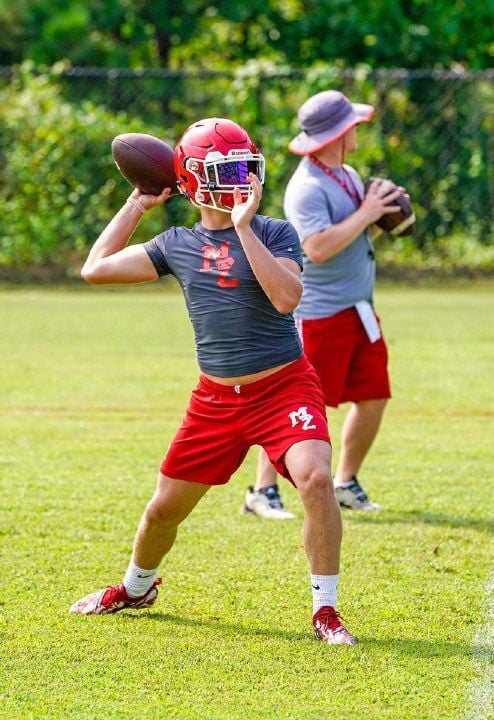 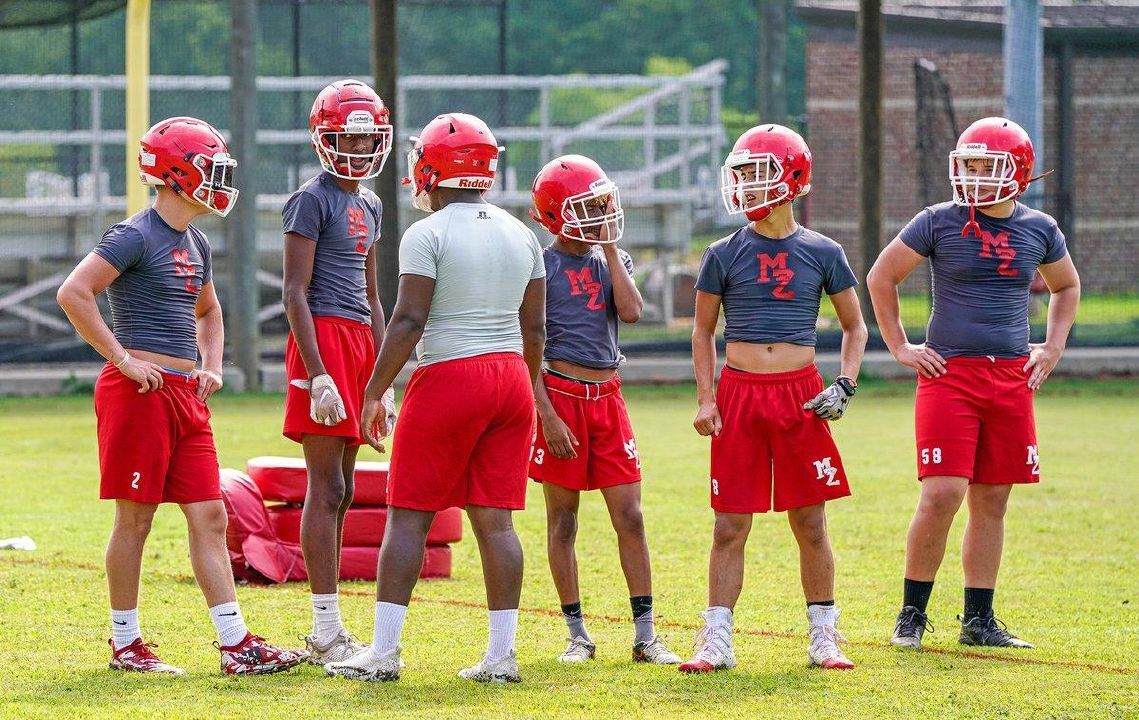 At the same time that the Carrollton Trojans will be kicking off their road game against Region 7-AAAAA adversary Villa Rica, the Mount Zion Eagles will open their home slate against cross-county foe Temple tonight at 7:30 p.m.

Coming off a come-from-behind thriller against Coosa that ended with a 22-21 victory, the Eagles will be looking to keep momentum rolling in their home opener against the Tigers this evening. A win like that would be enough to give just about any team a little extra fuel to work with the following week, but even more so when the next game just happens to come against a rival program.

"Any time you've got a little cross-county rivalry, it seems like there's a little more gas in the tank for everybody," Mount Zion head coach Brad Gordon noted. "Everybody is excited. It's a rivalry game for us, and we've come out and had a good week of practice to prepare for it."

Mount Zion comes into the battle with a 1-1 record on the year.

The Eagles opened the season on the road against Lamar County on Aug. 23 and couldn't seem to stay out of its own way as a series of self-inflicted wounds led to a 27-6 loss. They appeared to return to form a little bit last week, however, storming back from an eight-point deficit at the half and scoring inside the final minute to stun Coosa.

Following the victory, Gordon noted that his team stayed the course and appeared to be "moving in the right direction," but noted that ball security continued to be an issue that plagued them. Mount Zion has committed nine turnovers through its first two games and must find a way to clean up that issue to compete against a ball-hawking Tiger squad tonight.

Gordon also pointed to his team's physicality has being a point of emphasis in practice this week. He gave credit to Temple for appearing to take a large stride in its ability to beat teams on the line of scrimmage and fly around the field with aggression.

One of the keys to victory tonight, he says, will be his Eagles matching the physical intensity of the visiting Tigers.

"Coach Ward played a young team last year and he knew they were young. He knew they were going to grow up, and they have," he said. "They seem a lot more physical than they have been in the past. They've always had athletes, but the physicality is there now on offense and defense."

Temple is 2-0 with wins over Putnam County, 55-21, and Kendrick, 35-0, on their resume, and the Tigers' physicality along the offensive line has opened the door for them to rip off a whopping 930 rushing yards and 12 scores on the ground through their first two games.

Their success on the ground has been a testament to the dominance of their offensive line, but that was something that appeared to be in doubt less than a month ago following lackluster performances up front in their two trial runs before the season started.

"In our two preseason scrimmages, our offensive line played really bad up front. We really did. And those two weeks that we had off before our first game against Putnam, I thought, were probably the biggest reason why we're at 2-0 right now," Ward said. "I thought we got so much better on the offensive side of the

ball during those two weeks, and that's been the biggest reason of why we're sitting where we are right now."

Ward noted that Mount Zion is a team that has a track record of being able to match the physicality of his team, and the Eagles could cause fits for his run game if his line cannot maintain its level of production.

Should the two teams' run-heavy offenses and physical defenses create a wash in terms of advantage, the Eagles could perhaps be the team with the leg up on its rival thanks to the boost from the home crowd.

"We're glad to be home, glad to be in front of our fans at our play. Hopefully that will help," Gordon noted. "Coming out of the gate you're going to be excited anyhow because it's already a rivalry, but having it at our place will give us a little more reason to come out and try to get off to a good start."