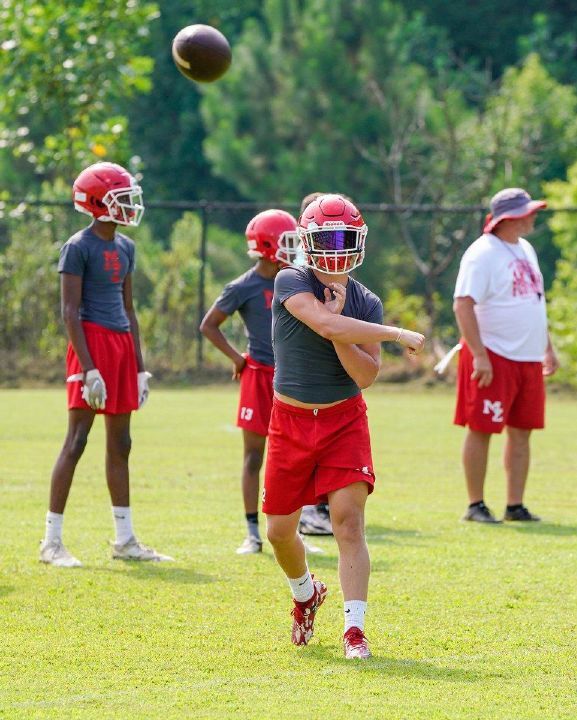 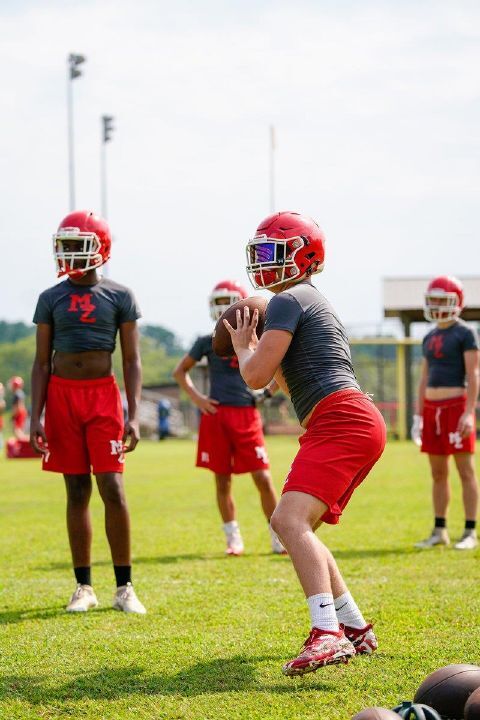 Jay Luzardo/Times-Georgian Mt. Zion quarterback #2 observes his options as he drops back. 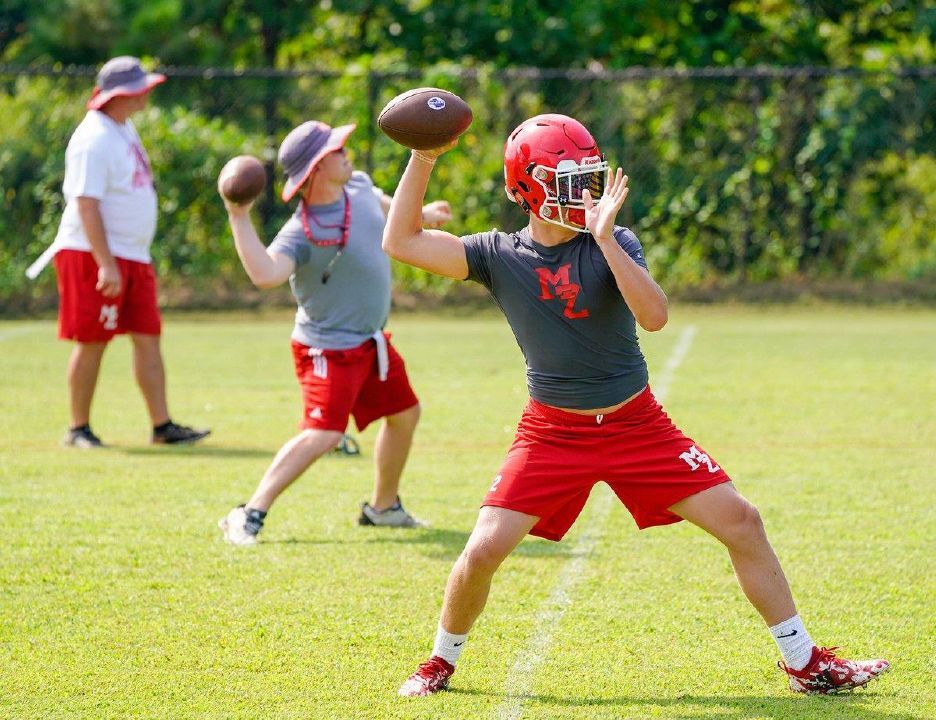 Jay Luzardo/Times-Georgian Mt. Zion quarterback #2 observes his options as he drops back.

The Mount Zion High School football team is giving a new quarterback -- Jarred Knight -- a chance to run the offense this upcoming season.

Following a three-man position battle throughout the summer, the rising senior has emerged as the favorite to go into the 2019 campaign as the starter. When he steps foot on the field for Mount Zion's first regular season game, it won't just be his first time starting behind center at the varsity level.

It will be Knight's first time starting at any position at the varsity level.

Knight spent the majority of the 2018 season as the Eagles' third-straight tight end. He's also seen some time at linebacker and on special teams throughout his career, but has never earned a starting spot in any facet of the game.

That was, of course, until an opening at the quarterback position was created this spring.

Last year's starting quarterback, Iaan "Mike Mike" Cousin, left a hole behind center when he graduated in May. Cousin's parting gift to the program was big shoes to fill as he earned 2018 Region 6A-A Player of the Year honors last fall before taking his talents to the collegiate level at Kennesaw State University.

CJ Ackles --who now plays at Samford University and is currently recovering from injuries due to a car accident this spring -- is a multi-talented quarterback that played before Cousin. He was not only a standout quarterback, but he was also a standout in a multitude of other positions.

Now, a first time starter is stepping up to keep things going for the Eagles.

Mount Zion's coaching staff is sure that Knight will do a fine job because he is a great football play and a great leader, and -- even though he's new to being quarterback -- he is no stranger to the Friday night lights.

Knight stepped up and asked for a shot, and he got just that.

"He came to us this spring and told us that in spring practice he wanted to go out for quarterback," head coach Brad Gordon revealed.

Gordon explained how the spring time was the time that athletes were able to try out for any position on the field. He and his staff gave Knight a chance, honestly, thinking they would have to make readjustments quickly.

"Well, he hasn't given us any reason to move him anywhere," Gordon confessed. "He's basically taken the position and ran with it. He's been a nice surprise to say the least. And as far a leadership goes, he made every workout this summer. That says a lot when the man in front of the huddle can set an example for his team. He doesn't just talk it, he walks it."

Gordon, along with his assistant coaches, are beyond pleased with the way Knight has proven himself as one of the captains of the team.

"That's the type of guy we want as our leader at the quarterback position," Gordon said.

In Mount Zion's run-heavy offense, Knight will try to step in and keep the ball rolling after two straight seasons of dominant quarterbacks.

He has picked up the offense quickly, and he has been the most consistent option behind center throughout the spring and summer.

"Like I said, he's just kind of taken the job. He's one that, even though he's never played, when he steps in front of his teammates he just commands the huddle," coach Gordon lauded.

Knight says that his confidence in the quarterback position had a lot to do with J.D. Hindsman --who began the spring as a quarterback-- feeling more comfortable at running back. Hindsman stepped into a new role as a tailback around the same time Knight transitioned intuit he quarterback role, and Knight feels the duo connected with ease.

And like the Knight and Hindseman connection, Knights says his transition has been just as smooth and though he started off a little nervous, he has adjusted just fine.

"I told them, 'I want to go out for quarterback.' I remember coach Gordon saying, 'if you don't feel comfortable back there, just let me know because we'll move you if we need to.' I'm not going to lie, that made me a little nervous, but when I got out her it's just the same game we've been playing forever," Knight added.