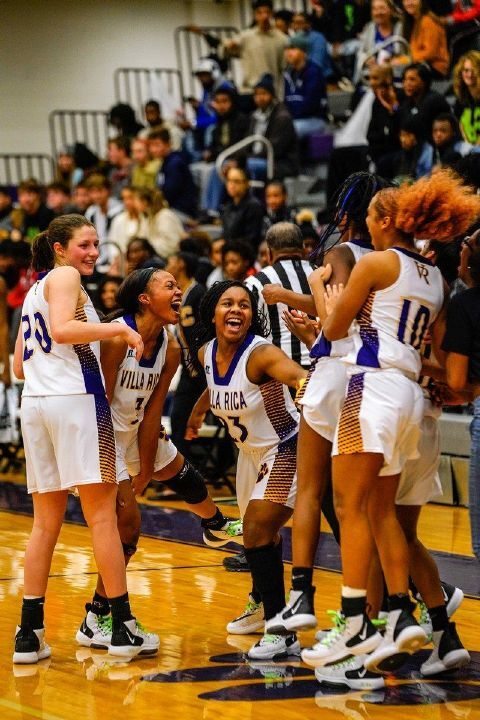 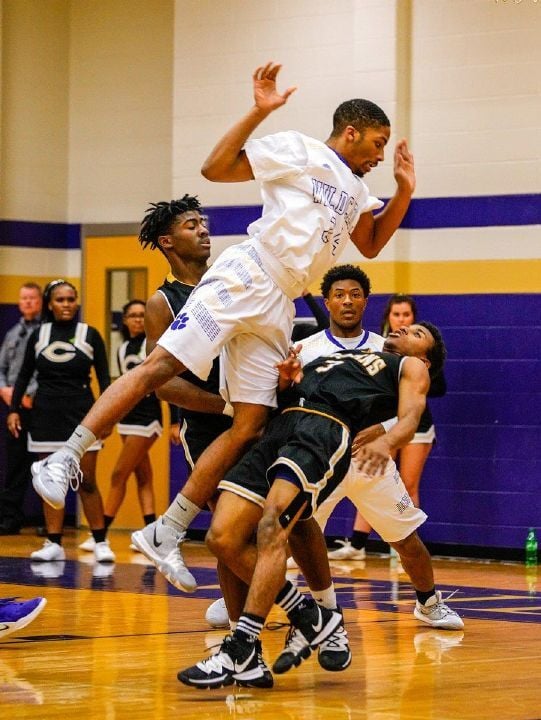 The more things change, the more they stay the same for the Villa Rica High School girls’ basketball team.

The Lady Wildcats came into the season riding a four-game winning streak against Carroll County rival Carrollton High School. Playing on their home court in front of a raucous, sold-out crowd Tuesday night, they collected their fifth consecutive victory over the Lady Trojans, 49-43.

“I told the girls, ‘I know this is just our fifth game of the season, but it felt like a playoff game.’ The atmosphere, the intensity of the game, it was unbelievable,” Villa Rica head coach Tammy Norred said. “I told my girls how special it is to have this type of rivalry with the community support on both sides. It’s a lot of fun to be a part of.”

A season removed from taking a trip to the Class AAAAA state championship game, the Lady Wildcats are now sitting at 5-0 on the year. The Lady Trojans, meanwhile, fell to 3-1 with the loss.

“That’s probably one of the worst performances of the year so far for us. And I give Villa Rica a lot of credit because they had a lot to do with that. They were pumped up to play us today,” Carrollton head coach Shon Thomaston said. “We put them on the free throw line entirely too much, turned the ball over too much and our defense didn’t create enough turnovers.”

The two heavyweights were neck and neck for most of the first half, but the Lady Trojans used a late surge to go into the locker room with a 30-24 advantage.

Trailing by six points at the break, Villa Rica opened the third quarter on an 11-3 run to take on 35-33 lead on a 3-pointer from senior Kyndal Coleman at the 1:30 mark. The Lady Wildcats continued to force the tempo and draw fouls in the final two minutes to build up a 38-34 lead going into the final period.

Just seconds into the fourth quarter, Carrollton junior De’mauri Flournoy fired her team up when she stole a pass and raced in for a layup on the fast break. Freshman Eghosa Obasuyi soon followed by draining a pair of free throws to knot the game at 38-all with just over six minutes left in regulation.

But Villa Rica promptly seized momentum back to their side when senior Aliyah Hindsman recorded three quick points to give the Lady Wildcats a lead they’d never surrender.

The Lady Trojans had more than their fair share of chances to take the game back late, but Villa Rica’s fast-paced attack forced an abundance of turnovers and fouls and the Lady Wildcats took care of business from the charity stripe to ice the game.

“My girls never quit. They just kept battling and battling,” Norred said. “And defensively we kept applying the pressure, forcing turnovers and creating points. And when we get to where we can do that for 32 minutes, it changes people’s games.”

Villa Rica will have a quick turnaround as they’ll be back on their home court tonight hosting Bremen at 6 p.m. Carrollton will be back in action in another Region 7-AAAAA road contest against Hiram this Friday at 6 p.m.

After powering their way to a double-digit lead early in the fourth quarter, the Trojans held off a furious Wildcat comeback to win Tuesday’s nightcap.

“It’s a good start. I think we can play better,” head coach Tim Criswell said. “We didn’t execute real well tonight like we’ve been executing, but you’ve just got to find ways to help your team win. We’ve practiced just one time with everybody, so we’ll keep working. There’s still a lot of things we’ve got to learn together as a group. As we do that, and we get Melvin [Edwards Jr.] back, I’m hoping we’ll continue to get better, and better and better.”

Villa Rica came out of the gate with victories over Central, Rockmart and Bremen but is now sitting at 3-1 overall and 0-1 against region competition.

“I felt like we played hard, but we definitely didn’t execute,” Villa Rica head coach Jason Robinson said. “We let a defense that we run every day in practice slow us down and cause us to play passive.”

A tightly-contested opening half led to the two teams emerging from the locker room locked at 20 points apiece. But Carrollton slowed the game down and took things into its own control as it built up a 43-34 lead going into the final period.

The Trojans’ lead would grow as large as 11 points before Villa Rica warmed up from the field and eventually pulled as close as 53-52.

Clinging to a three-point lead, Carrollton fouled senior Xavion Sparks with 25 ticks of the clock remaining. Sparks went to the line and knocked down the first free throw, but his miss on the second was corralled by Trojan senior Marcellious Lockett, who drew a foul and sank both free throws to ice his team’s four-point victory.

The Trojans will be off until Friday, when they’ll hit the road for their second straight region game against Hiram. The Wildcats, meanwhile, will have less than 24 hours to flush the loss before returning to host Bremen tonight at 7:30 p.m.