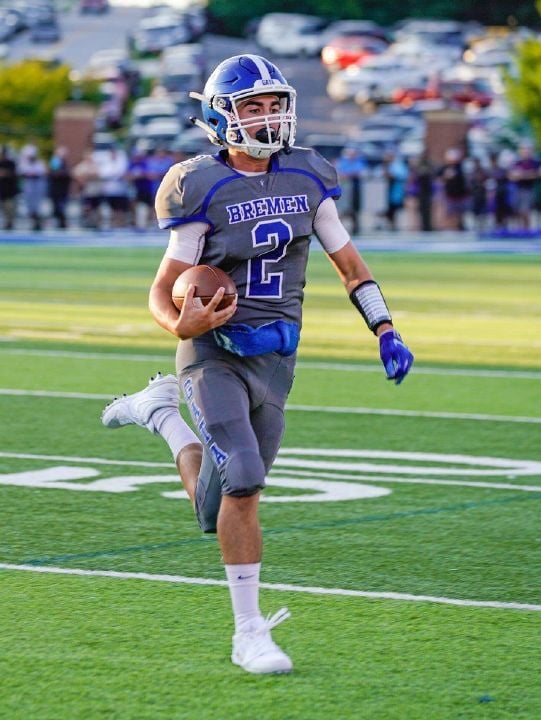 Jay Luzardo/Times-Georgian Bremen senior Cooper Cartwright scrambled for a firstdown before rushing to the sideline to escape the Trojan defense. 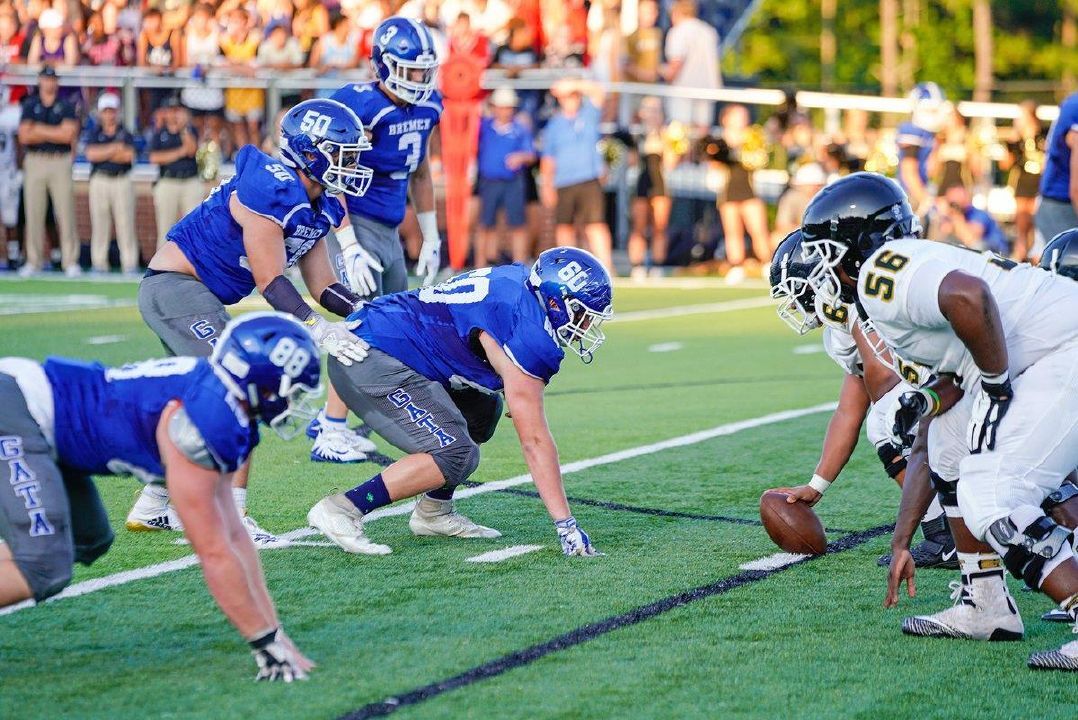 Jay Luzardo/Times-Georgian Bremen senior Cooper Cartwright scrambled for a firstdown before rushing to the sideline to escape the Trojan defense.

For the third time in four years, the Bremen High School football team is back in the second round of the state playoffs.

Coming off a huge win on their home turf last week, the No. 2 Blue Devils will travel three hours southeast this evening to take on No. 1 Dublin in the second round of the Class AA state tournament.

Last Friday night was monumental for Bremen as the Blue Devils braced the frigid winter air to host No. 3 Model in their first home playoff game since 2011. Both teams were a little sluggish on the offensive side of the ball for the first two quarters, but Bremen came alive in the second half and advanced with a 17-0 victory.

Encircled by his players and coaches, their families and the Blue and White faithful after the victory last week, Bremen head coach Davis Russell told his kids that their job was far from finished.

He informed them they’d simply taken the next step, but that there were more steps to come. It’s a message his team has bought in all season, and one that’s helped them keep things in perspective while preventing themselves from looking too far down the road.

Bremen is locked in on its next step this week, and Russell’s kids are completely devoted to preparing for the second round.

“We’ve had a great week. The kids have been extremely focused and they know what’s at stake,” Russell said. “They’ve been pretty relaxed, and I’ve been excited to see that because you don’t want them to overthink it. You want them to go out and take the next step. It seems like they’ve tried to do that in preparation this week.”

Waiting in the wings for them tonight will be a Fighting Irish club that can be categorized with just one word — “Big.”

That’s the description that first came to Russell’s mind when he popped in film and watched Dublin’s games from this season.

“We haven’t played a team this big in the four years that I’ve been at Bremen,” Russell said. “I’m not sure I’ve coached against a team this big in my 12 years of coaching. They’re enormous, so whatever they’re eating in Dublin is working.”

Dublin’s size starts in the trenches, where they’ve got massive hogs along the offensive line who help pave the way for their Wing-T offense. They’re no slouch along the defensive line either, and Russell understands his team will undeniably be undersized tonight.

“They’ve got three linemen that are 300 pounds. Their guards are their smallest guys, weighing around 250 pounds, but they’re still bigger than everybody we’ve got. And they move well and they come off the ball,” he said. “They have a big, physical football team. In order to beat them we have to play really fast and try to match and top that physicality.”

Dublin has the advantage in size, but the Blue Devils might just have an edge in speed and versatility.

Russell pointed to three main keys that he believes the Blue Devils must follow in order to have success and pull off the upset: speed, fight and character.

The Fighting Irish are 10-1 on the year and earned the No. 1 seed from Region 3 by pulverizing the competition. They’ve outscored opponents 516-220 and have either reached or eclipsed the 70-point threshold three times.

But if the Blue Devils can find a way to neutralize Dublin’s high-powered offense and keep it a low-scoring affair, Russell’s been given plenty of reasons this season to believe his team can pull out a victory in a close contest.

“I like our team if it’s a close game late because of our character. We have a very, very, very high-character, close-knit football team,” he said. “I also like Evan Fuller’s foot if we get a chance to kick it late in the game.”