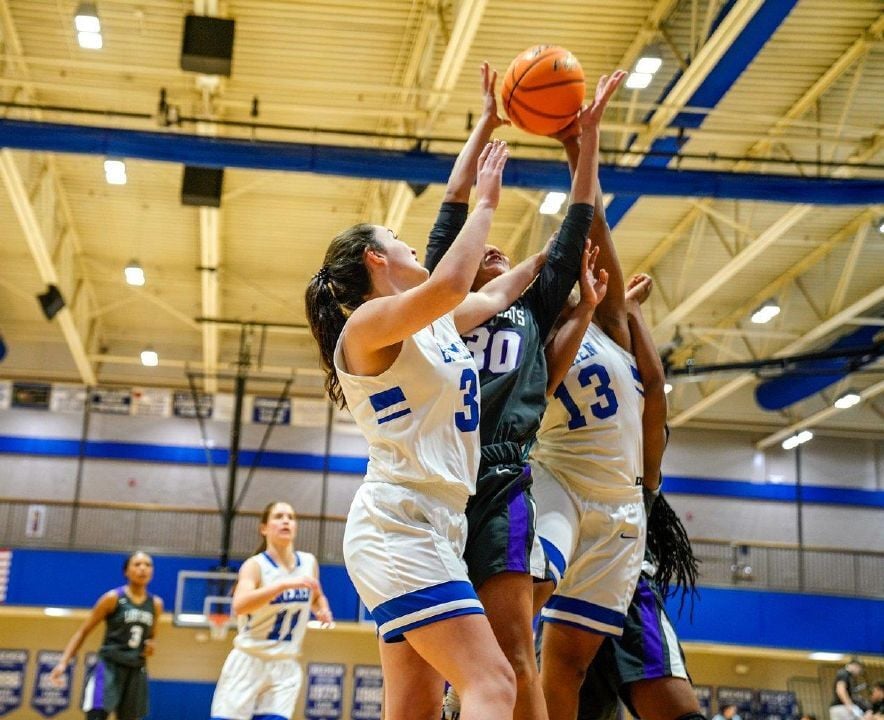 Jay Luzardo/Times-Georgian Bremen #13 and #3 challenge VR #30 for the rebound. 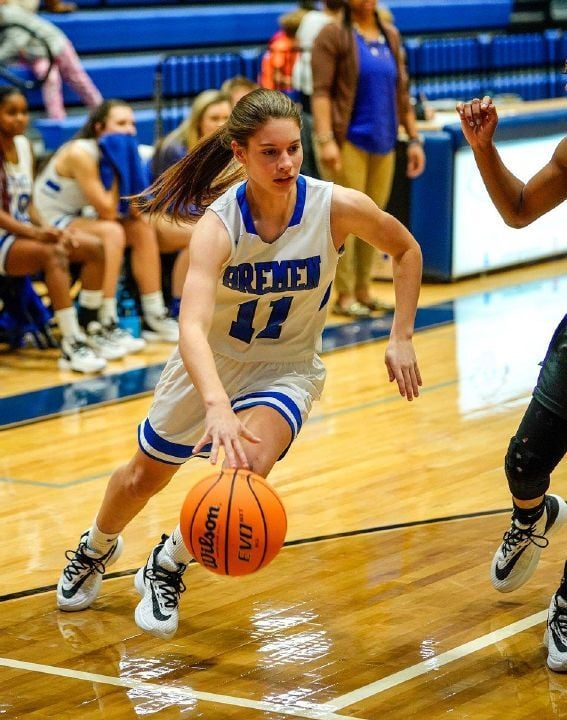 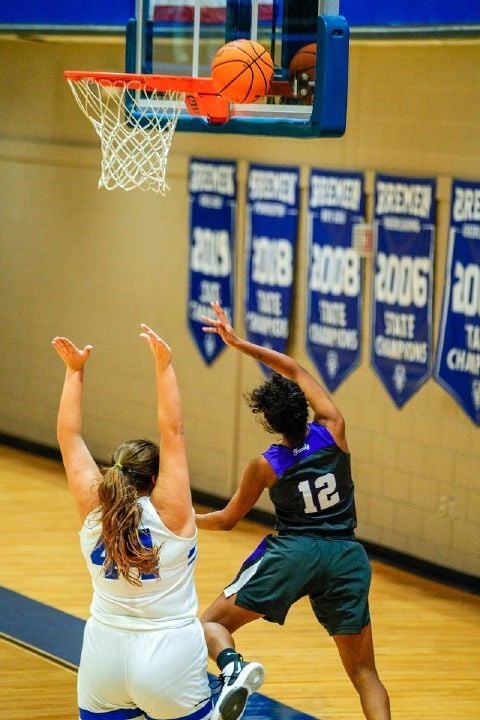 Jay Luzardo/Times-Georgian Bremen #13 and #3 challenge VR #30 for the rebound.

There were no signs of fatigue or a drop-off in execution as it was all Lady Wildcats from start to finish, with the Purple and Gold leading wire to wire en route to a 71-52 victory over the Lady Blue Devils.

"To me I think it shows a lot of maturity and leadership from our seniors to be able to play back-to-back nights. I'm so proud of my girls for the way they performed (Wednesday.)" Villa Rica head coach Tammy Norred said. "We talked about how you've got to be able to control your emotions, the effort has got to be there. As a team, when you have expectations, every single night you've got to bring your game to the floor."

Villa Rica is now 6-0 on the year and 1-0 in league play as it prepares to enter the meat of its Region 7-AAAAA schedule in the coming weeks.

Their dominance extends back far before this season, however, as Wednesday night marked win No. 64 for Norred through 67 games leading the Lady Wildcats.

While Villa Rica is continuing to establish itself as a dominant power in Class AAAAA, Bremen is still looking to find its identity after losing seven seniors from last year's club. Wednesday night marked a setback for the Lady Blue Devils, but first-year head coach Kallendra Mathews will continue building her team up toward success on a daily basis.

"We're still not in region, so we're still preparing ourselves. It was a tough loss, but we've got to pick up where we left off," Mathews said. "We've got to lay a foundation because we lost seven seniors last year. That's what we're trying to do right now."

Villa Rica took command of the game from the start and powered its way to a 24-7 lead heading into the second quarter.

The Lady Wildcats have hung their hat on the defensive side of the ball this year, and that continued against Bremen as steals and defensive boards opened the door for fast-break layups all night long.

The Lady Wildcats continued full steam ahead and took a 41-18 lead into the locker room and a 54-32 advantage into the fourth quarter.

Villa Rica will begin its dive into the region gauntlet this weekend against Hiram, while Bremen will continue non-region play against Rockmart.

The Wildcats capped off the sweep by cruising past the Blue Devils in Wednesday's nightcap.

Both clubs were coming off heartbreaking losses to Carroll County adversaries. Villa was knocked off by Carrollton, 57-53, on its home court Tuesday night, while Bremen went on the road Tuesday and suffered a 62-55 setback against Central.

But it was the Wildcats who responded early, opening the game with seven unanswered points and taking a 23-7 lead into the second quarter.

"It took something for us to take what happened (Tuesday) night and come out here and put this amount of effort in. I'm proud of their effort, they played hard," Villa Rica head coach Jason Robinson said. "We have a senior-heavy team and they know they've got to get back up.

"They've got to pick themselves off the floor and get back to work, and they did that against Bremen."