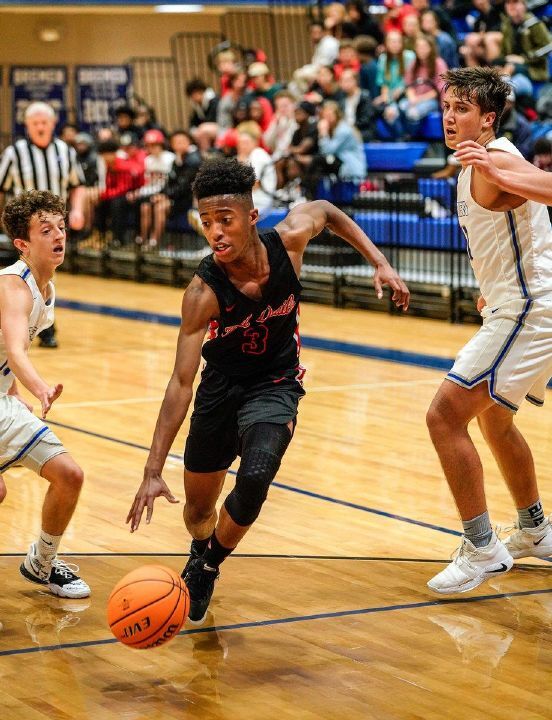 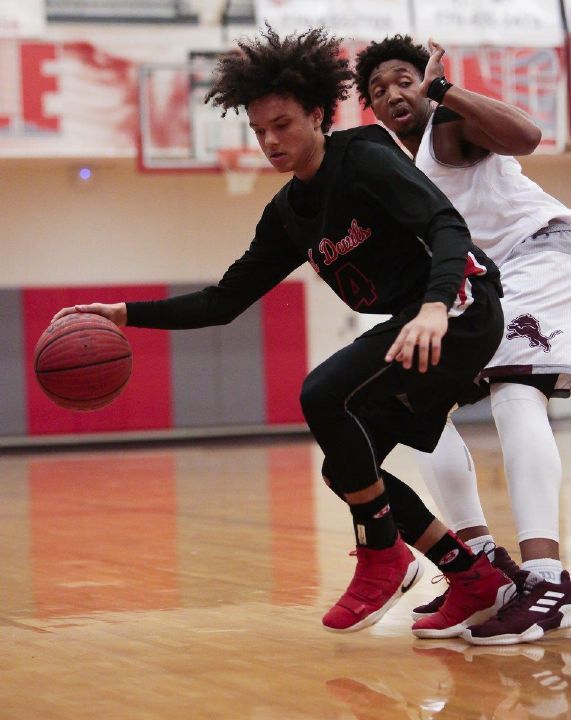 Nadav Soroker/Times-GeorgianBREMEN 4The Central Boys take on the Bowdon Boys at the Mt. Zion Invitational tournament on Thursday, December 20, 2018.

Nadav Soroker/Times-GeorgianBREMEN 4The Central Boys take on the Bowdon Boys at the Mt. Zion Invitational tournament on Thursday, December 20, 2018.

Seventh-year head coach David Bramble and the Bowdon High School Red Devils are off and running this basketball season, currently holding a record of 5-1. Bowdon's basketball club has struggled to finish the year above .500 and haven't done so since closing the 2015-16 season with a record of 16-13.

Last season, with leading scorer Chris Parker averaging 24.0 points per game, Bowdon posted a 12-14 record. Parker averaged 3.6 rebounds per game, and, while Bramble says there is no replacing a kid like him, he is looking to make up for one big talent in a variety of ways.

"You don't replace a player like Chris. It's not just from the scoring aspect, either. He was our best rebounder, ball handler, defender, everything," Bramble raved. "We're kind of doing it in lots of different ways. A.J Johnson is doing a lot of scoring. Tray Wyatt is kind of picking up some of the ball handling, the rebounding, the defense. We're just kind of doing it from lots of different places."

As the season unfolds, coach is looking to rely on those with experience from the previous year to make up for losing Parker to graduation. Coach is confident that a few of the returners will make a difference.

In addition to the freshman Johnson and junior Wyatt, Bramble expects seniors Braden Bowen, Cam Buchanan and Dusty Hopson to shed some light on the 2019-20 basketball season. Sophomores Kolton Drummond and Seth Farmer will also have coach Bramble's eye.

Bramble will aim to focus

on executing a fast-paced offense that includes putting a plethora of shots up in order to balance out their lack of size in the paint. He feels as though they have the right pieces to be successful.

"Well, we're very guard-oriented, so we're going to kind of depend on how well they play game in and game out," Bramble mentioned about his expectations. "I expect us to compete in every game that we play in and get better as the season goes on, then hopefully compete for a playoff spot and see what happens."

Though Bramble expects his offense to flow quickly, the defensive end stands as an area of concern for his club moving forward. He says it's something they will look to improve before diving into Region 6-A competition.

"Mainly our defense," he responded to what this season's weakness currently is. "Through the first few games we've had some lapses in our help defense and things of that nature, so that's kind of been the focus in practice, is on the defensive end."

The Red Devils are currently 1-1 in region play and are set to travel to Trion, GA this Friday, Dec. 13, to take on the Bulldogs. Trion's ball club is sitting at 1-4 while being 0-2 in Region 6-A competition after losing to both Christian Heritage and Excel Christian Academy.