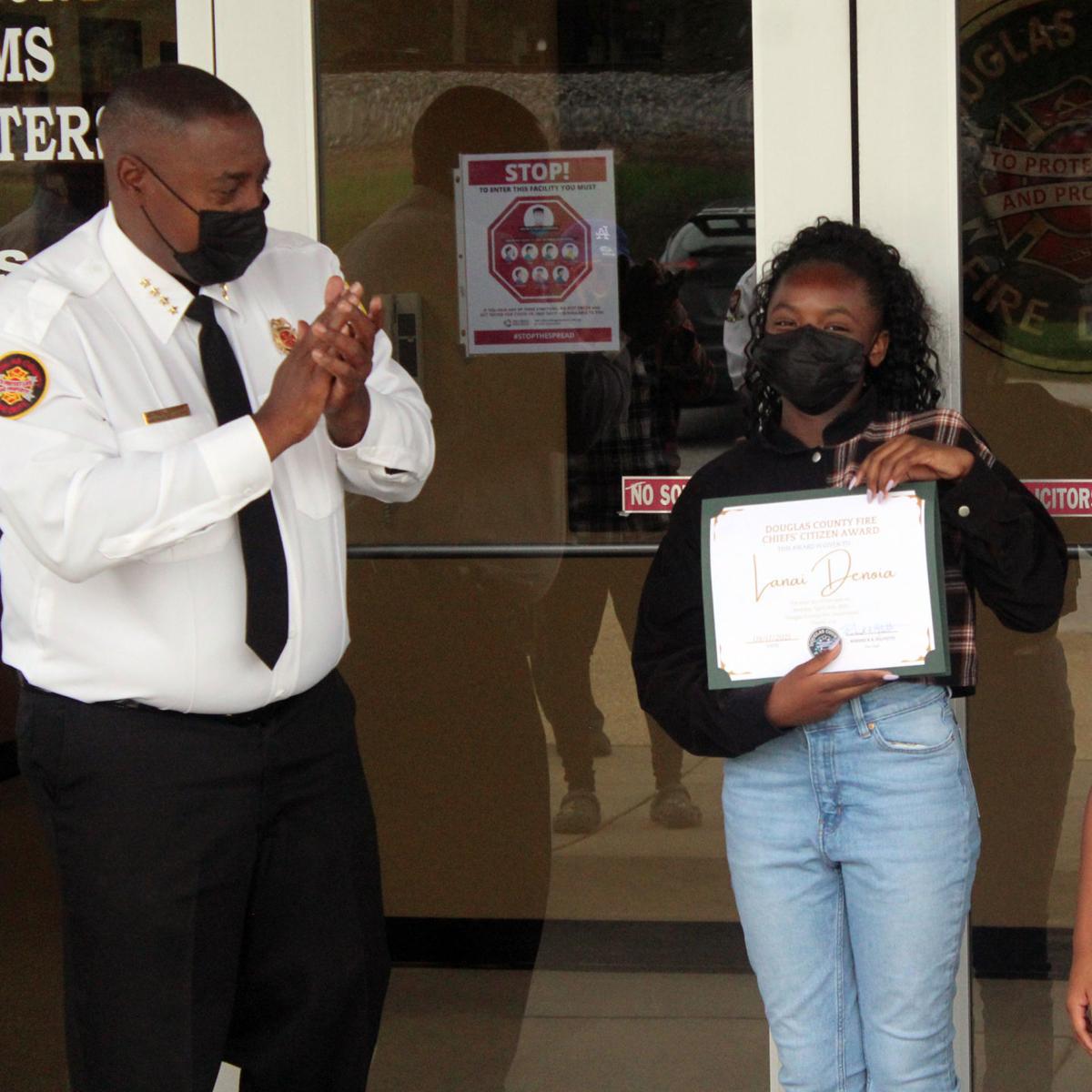 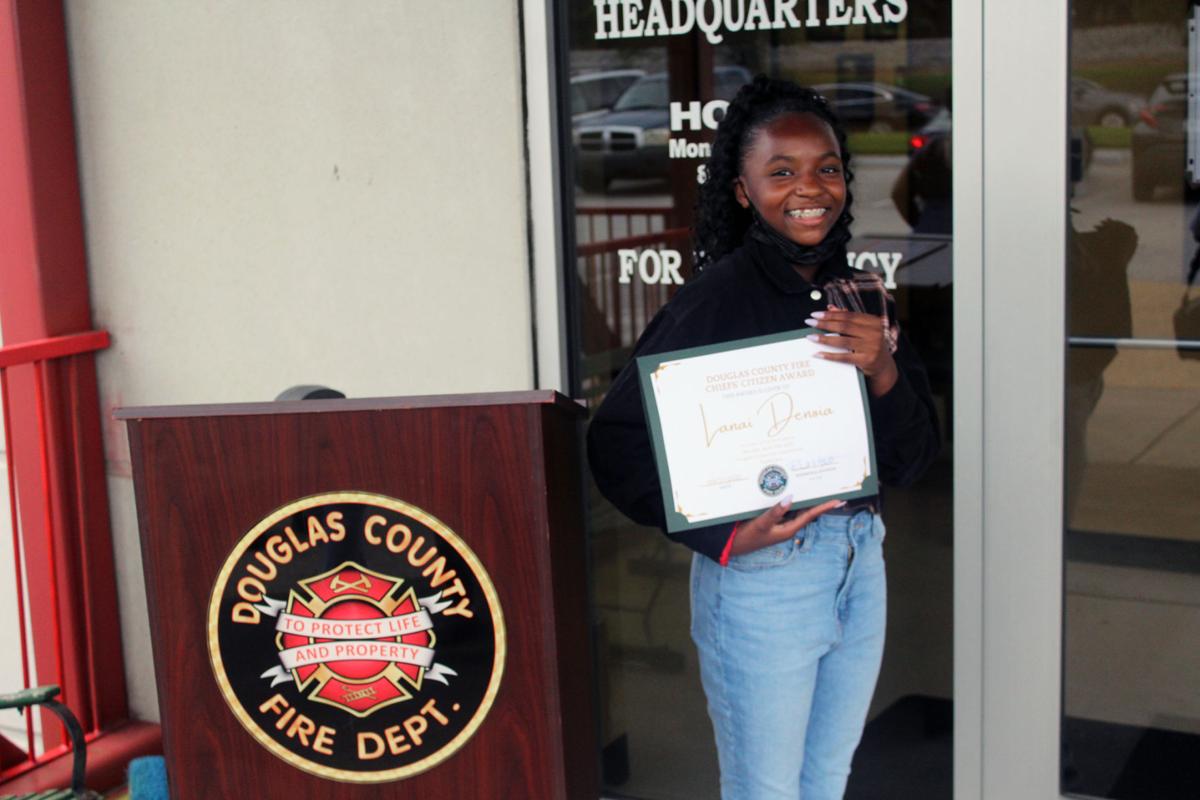 Lanai Denoia, an 11-year-old sixth-grader at Turner Middle School, was given the Fire Chief’s Award for helping save her younger brother and grandmother from a house fire.

Lanai Denoia, an 11-year-old sixth-grader at Turner Middle School, was given the Fire Chief’s Award for helping save her younger brother and grandmother from a house fire.

“That’s a true hero,” Phillips said during a ceremony at fire headquarters to honor the middle schooler. “We do this with training and a lot of equipment. What you did is being a true hero. You were calm in the situation.”

Batallion Chief Rusty Shadix said “without her actions, we can only guess how bad the situation” could have been.

While doing some homework on the night of April 26, Denoia saw black smoke in the hallway of the family’s two-story home on Riley Estates Drive in Lithia Springs.

She alerted her 8-year-old brother Noah Griffin-Hunter to go downstairs and wake their 71-year-old grandmother.

As Denoia secured the family’s dog, she told Noah to go next door to get a neighbor to help with their wheelchair-bound grandmother.

The neighbor called 911 as they got the grandmother out of the burning house.

“She got the job done,” Shadix said. “Thank you for being courageous. You and your brother worked as a team to get your granny to safety. This could have been much worse.”

Douglas County Fire Chief Roderick Jolivette presented Denoia with the ‘Chief’s Award’ and a trophy. He also ceremoniously made her a Junior Fire Marshal for the heroics.

“There was something in her that kicked in and gave her the courage,” Jolivette said. “Now, you are one of us.”

Denoia said she was just focused on saving her family that night.

“It was a lot to do,” said Denoia, a sixth-grader at Turner Middle School. “I was just trying to save my family. I had to get my family out. I didn’t care about the clothes or the house, those can be replaced.”

Firefighters got the blaze under control in approximately 25 minutes after arriving on the scene. The initial report the firefighters got when they arrived on scene was that a “ ‘person in a wheelchair” was trapped in the house.

However, it was later discovered that all the residents were out of the house.

“As our captain was going to the truck to get some equipment, he told me that girl needs an award,” Shadix said. “He was saying this in the heat of the moment as they were fighting the fire. Everyone was really impressed with her.”

After spending a few weeks in a hotel, the family is now living in temporary housing until the house is rebuilt.

“I was so proud of her,” Denoia’s mother, Mercedes Griffin said. “She reacted very well. She put things into play, and she got help.”