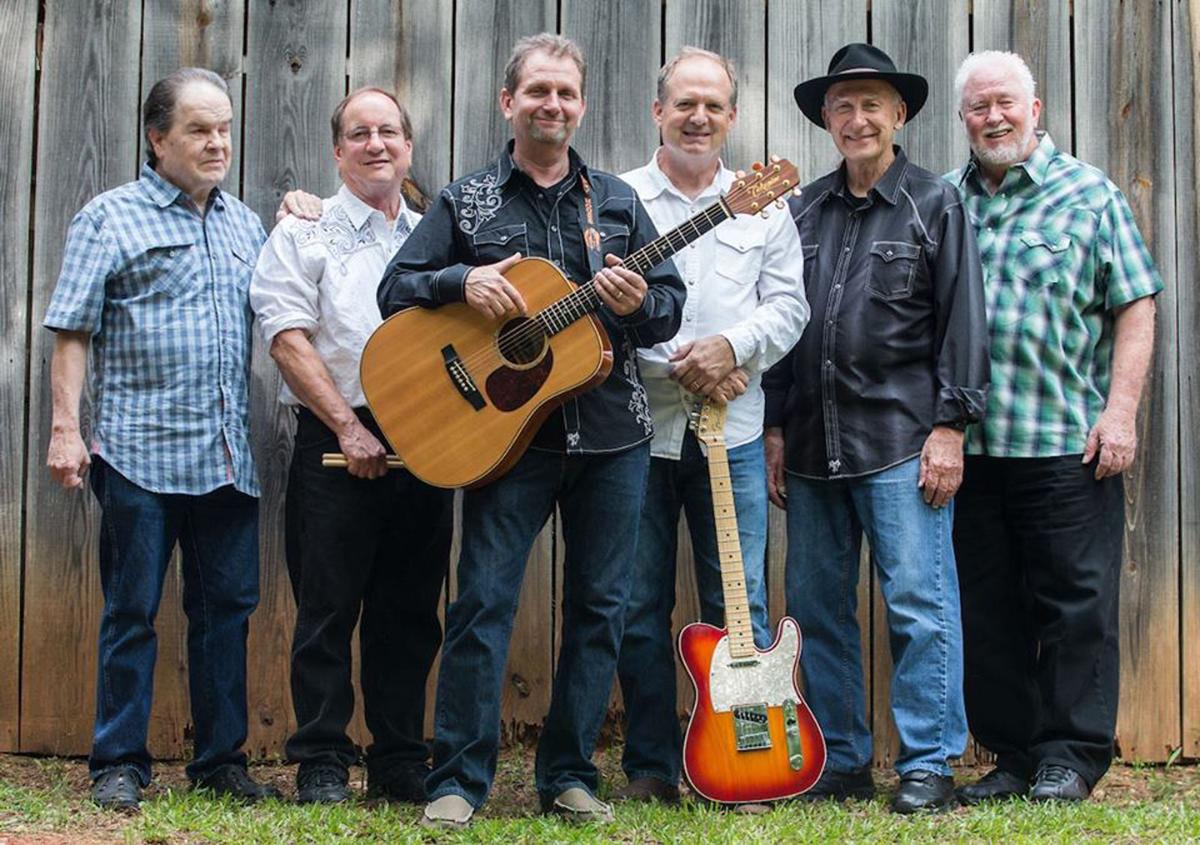 Copeland Hall in Bowdon will now serve as the home of the Lowell Opry Show. The first show is next Saturday Dec. 4 at 7 p.m. The address is 103 Barr Ave. in Bowdon and admission is $10 per person at the door which opens at 6 p.m. 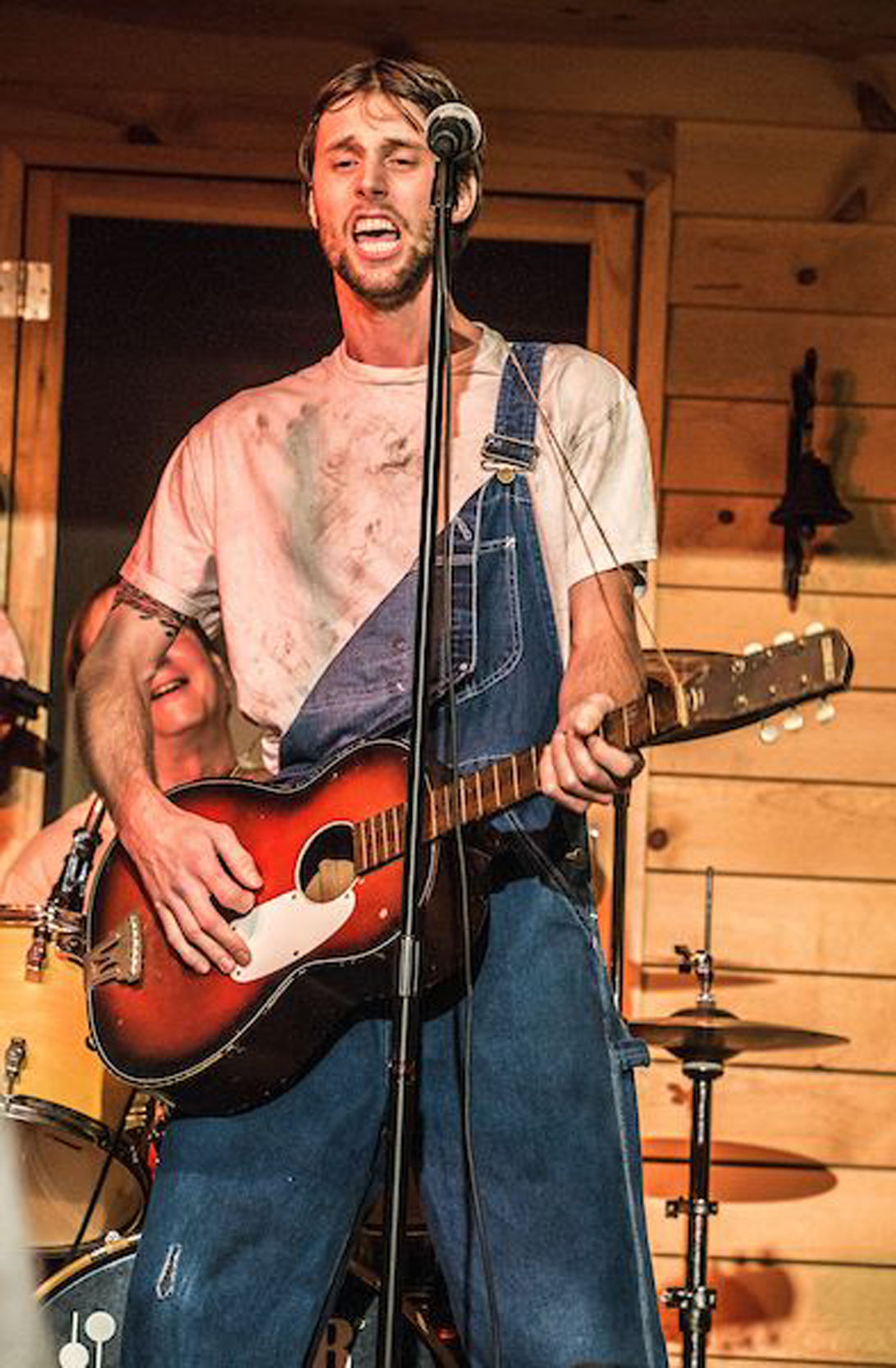 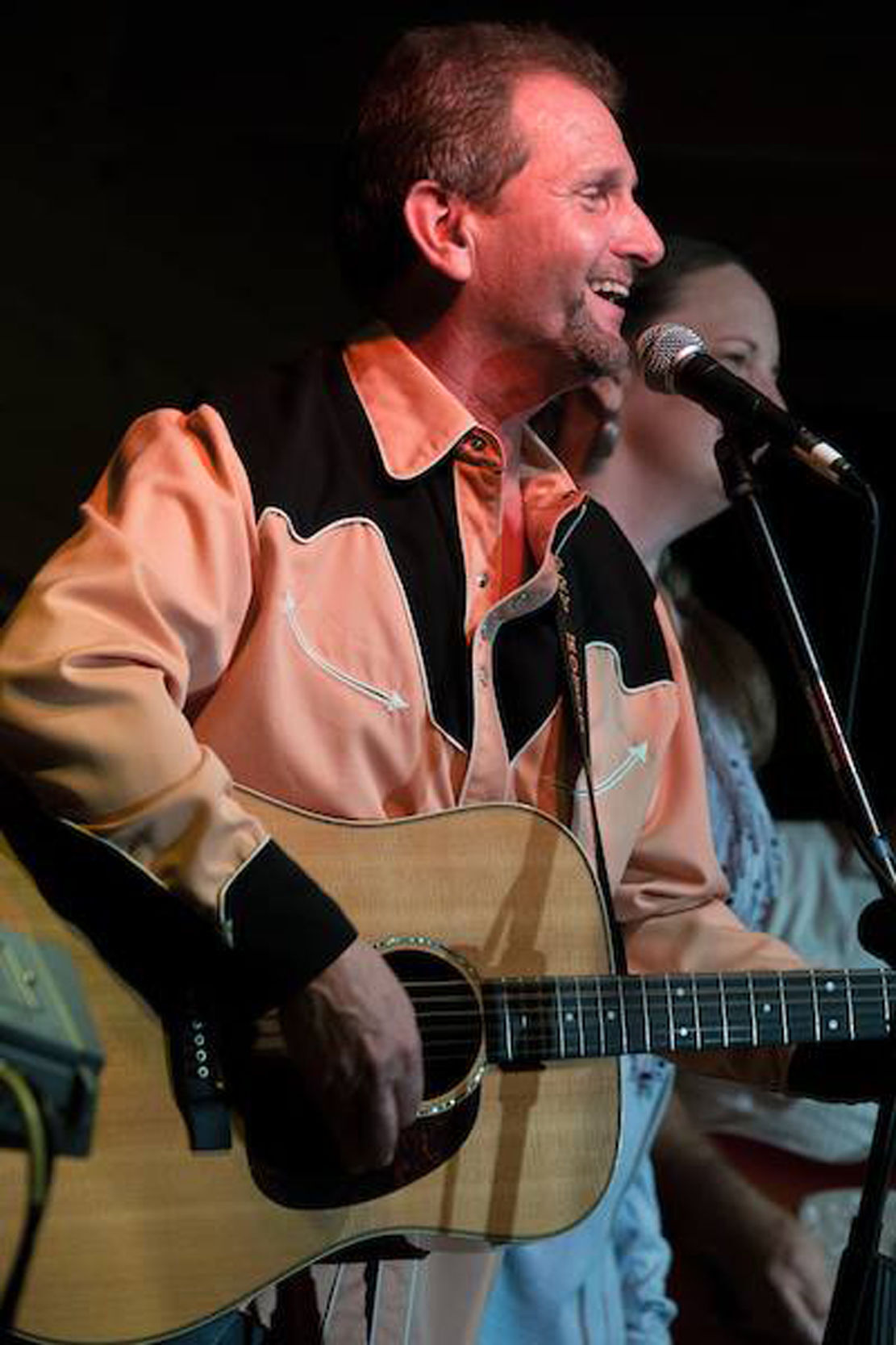 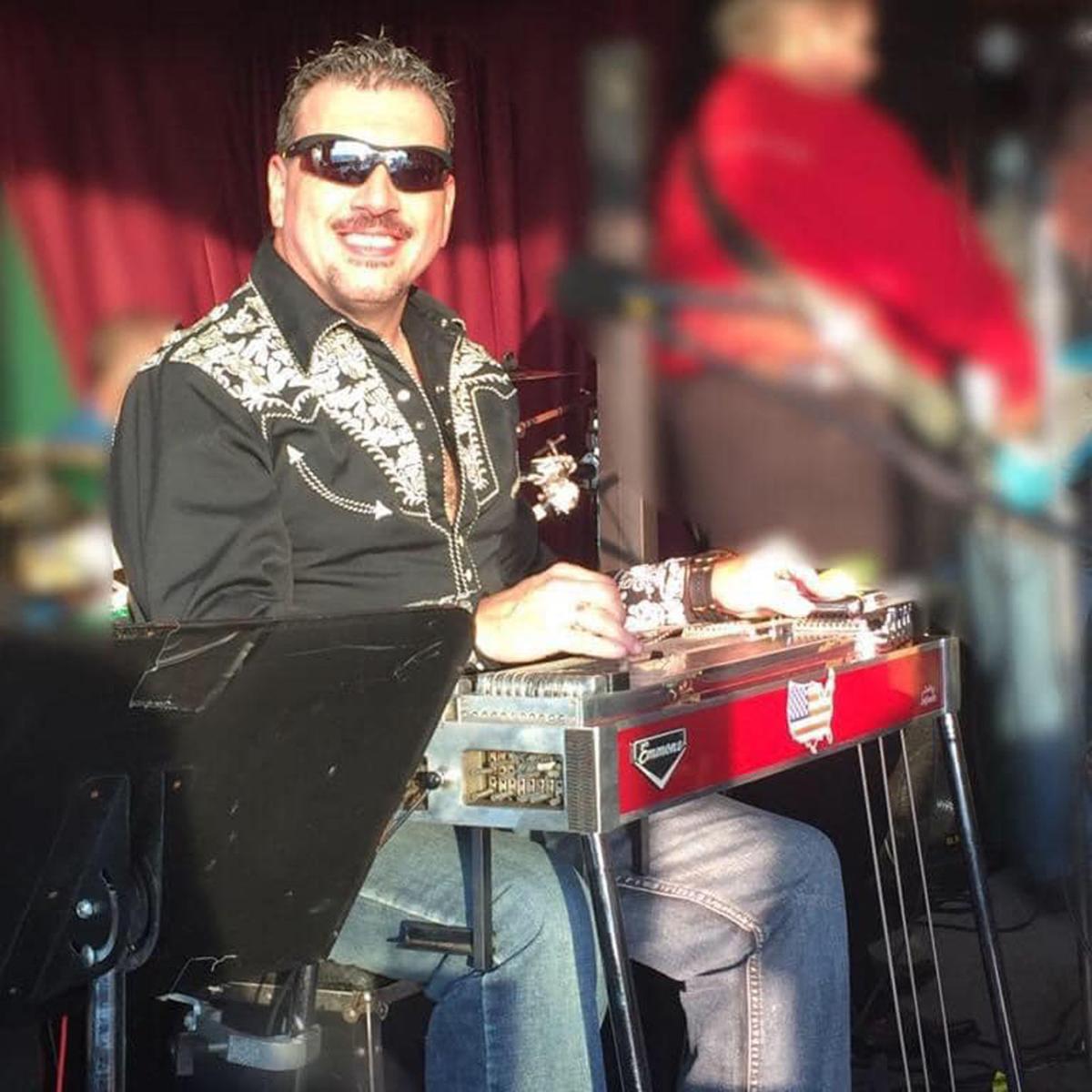 Copeland Hall in Bowdon will now serve as the home of the Lowell Opry Show. The first show is next Saturday Dec. 4 at 7 p.m. The address is 103 Barr Ave. in Bowdon and admission is $10 per person at the door which opens at 6 p.m.

After much anticipation from a large local fan base the successful classic country music show which had sold out shows for eleven years is finally coming back after the popular venue which housed the show was closed and sold just before the COVID-19 pandemic, the new location is at Copeland Hall in Bowdon Georgia.

The idea of “The Lowell Opry Show” was conceived by George Britt in 2008 at a time when he and his band “The George Britt Band” were performing across the southeast at festivals and clubs and were repeatedly hearing from fans that wanted to see them perform but desired a more family friendly atmosphere. Soon George and his son Joseph began a labor of love creating an intimate country venue in a barn which also served as an airplane hanger on his property in Lowell, Georgia. The vision and hard work paid off and with the help of his wife Joann handling logistics with occasional stage appearances in character as Maw, Joseph portraying Bubba, local celebrity David Steen hosting, Ric Christman running sound and award-winning members of the house band which had individually earned their own followings in the music scene, tickets for the show had to be purchased well in advance.

“I really had no expectations of the show becoming so popular but I soon learned that there was a large number of the local population that wanted this type of entertainment, we quickly had over one hundred season ticket holders and several local sponsors,” Britt said. “I am very grateful that I was fortunate enough to have lived in this area during a time that I could meet and become friends with and share the stage with so many local music legends. Early on with my pursuits in music, my wife Joann was taking boxing lessons from a local Sheriff deputy Pete Smith who sadly passed away recently.

“Pete and I became friends and he encouraged me to join him on stage. Pete, also known as The Singing Smokey later introduced me to local legendary steel guitar player Charlie Vaughn who ended up playing with me for many years before he passed away. If you want great classic country music you have to have a great steel player,” Britt added. “Our audience was later introduced to Tommy Dodd. Tommy, possibly the hottest steel player in the state, had folks coming from many miles away to catch his performances. He also became a great friend to us before his life was tragically cut short from an unexpected illness.”

The band’s current steel player, Tim Hamilton, has earned his own place among the great steel players in Georgia, playing for 10 years with the house band at “Cowboys” in Kennesaw, and has shared the stage with many country music stars such as Travis Tritt, Daryle Singletary, Tracy Lawrence, Tracy Byrd, and Keith Urban to name a few, as well as being inducted in the Atlanta Country Music Hall of Fame.

“Tim is not only an incredible steel player but he’s also a very talented singer with a humble likeable personality and we think he’s going to be a great addition to our show,” Britt said.

Following up on his memories with Deputy Pete Smith, Britt added “Pete also took me to lunch one day at the Maple Street Mansion where as we walked in you would have sworn you heard Willie on stage. Next was a Merle Haggard song and every nuance of Sing Me Back Home in Merle’s singing style was duplicated.

“Jimmy Caldwell (aka The Man of a Thousand Voices) can barely see but whatever he lacks in sight he certainly makes up for with talent that he shares with our audiences through his spot on vocals and the many instruments that he plays. Jimmy has been with the band for over ten years.”

Mark Lyle is a vocalist and lead guitarist and songwriter that has been with the band since it’s beginning.

“Mark is a great songwriter and he and I first met when I attended a local meeting for the Nashville Songwriters Association where he was a coordinator,” Britt said. “We later collaborated on some songs and have been good friends and playing music together for many years.

Lyle has also been honored by the Georgia Country Music Association and owns a digital recording studio where the band often records.”

“Another legendary artist and member of the Lowell Opry Show in the early years was singer and piano player Olin Ivey.

“I had often heard of Olin as being an incredible entertainer from the Carrollton area and Joann even had memories of going with her family to Panama City’s ‘Wild West Amusement Park” as a child and hearing the town Sheriff sing and play piano,” Brett said. “ “Olin had long since retired from his travels as an entertainer when I invited him to be a part of our show but when he joined us on stage it was obvious he was getting as much enjoyment as he was sharing with the crowd, whether he was playing a wonderful rendition of ‘Last Date’ or being responsible for the roaring laughter from the audience responding to one of his jokes.

Then one New Years Eve night with the George Britt Band, after singing and playing his much requested rendition of “Rocky Top” he kicked off the song “Rainy Night in Georgia” just before collapsing on stage “and that was the last time we’d ever hear him play,” Britt said. “But what wonderful moments we shared while he was here.”

The rhythm section for the The George Britt Band consist of a local Bowdon musician and Businessman Jerry Rollins on bass guitar and Jim Findley, a Bowdon native who now resides in Wedowee, Alabama, playing drums.

“The guys in the background that hold everything together are often overlooked but without them we wouldn’t be much of a band.” Britt said. “All musicians know how dependent a band is on the rhythm section and it’s rare to find a drum player and bassist that are as in sync as Jerry and Jim. Of course, it probably helps that they have been playing in bands together since they were in high school, probably best known from playing in the popular band ‘Collegiates’ from Bowdon which I’m told was packed with talent.”

Findley is also known to take on the role as host of The Lowell Opry Show, occasionally sharing a few jokes he’s picked up along the way.

The Lowell Opry Show has also featured many guest performers throughout the years including Doug Stone, John Berry, Katie Deal, and numerous local artists and bands. George says the plan is to continue showcasing more up and coming artists as part of their show. Local celebrity Mimi Gentry, who has been a frequent guest host and performer is a local favorite and is scheduled to perform and host more upcoming shows.

The next show Saturday Dec. 4 features the George Britt band performing a variety of new songs as well as original and classic country music and will be hosted by singer songwriter David Steen with local artist Phil Coley running sound

Shows are the first Saturday of every month.

The new show location is at Copeland Hall 103 Barr Ave. in Bowdon, which seats up to 550 people and is climate controlled. Admission is $10. and tickets are sold at the door. Doors open at 6 p. m. and the show starts at 7 p.m.