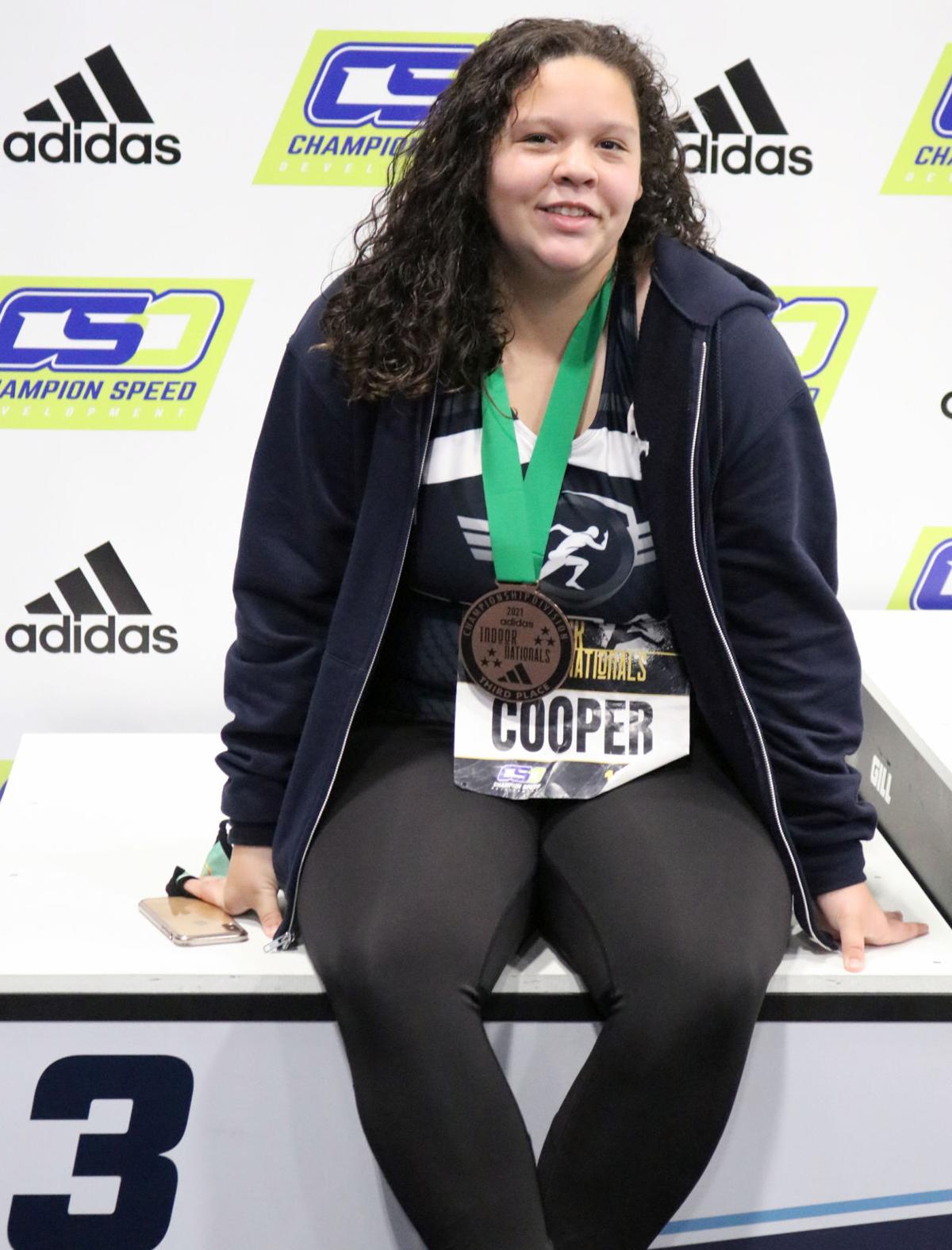 Daiyanna Cooper with her third-place weight throw medal at the Adidas Indoor Nationals. 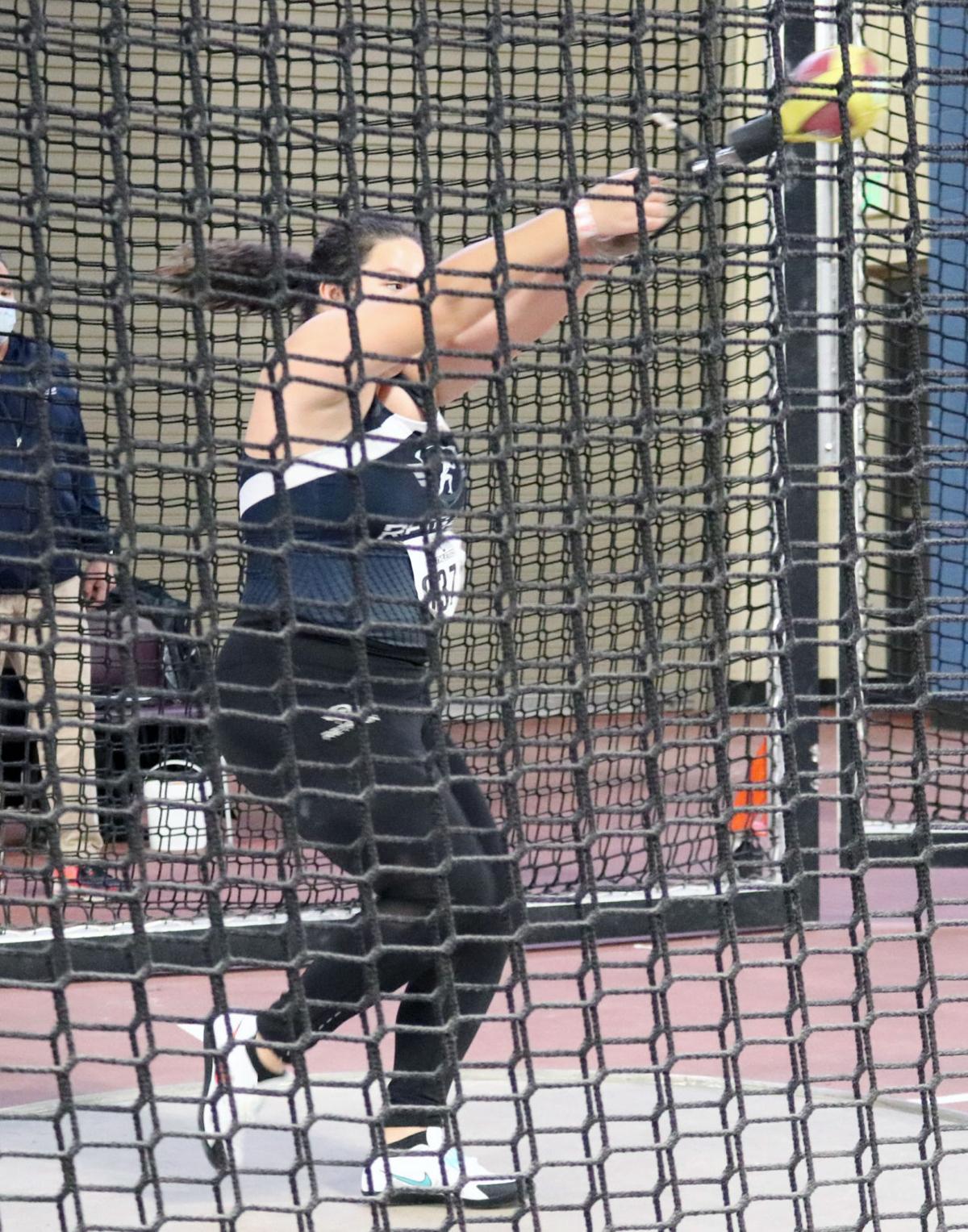 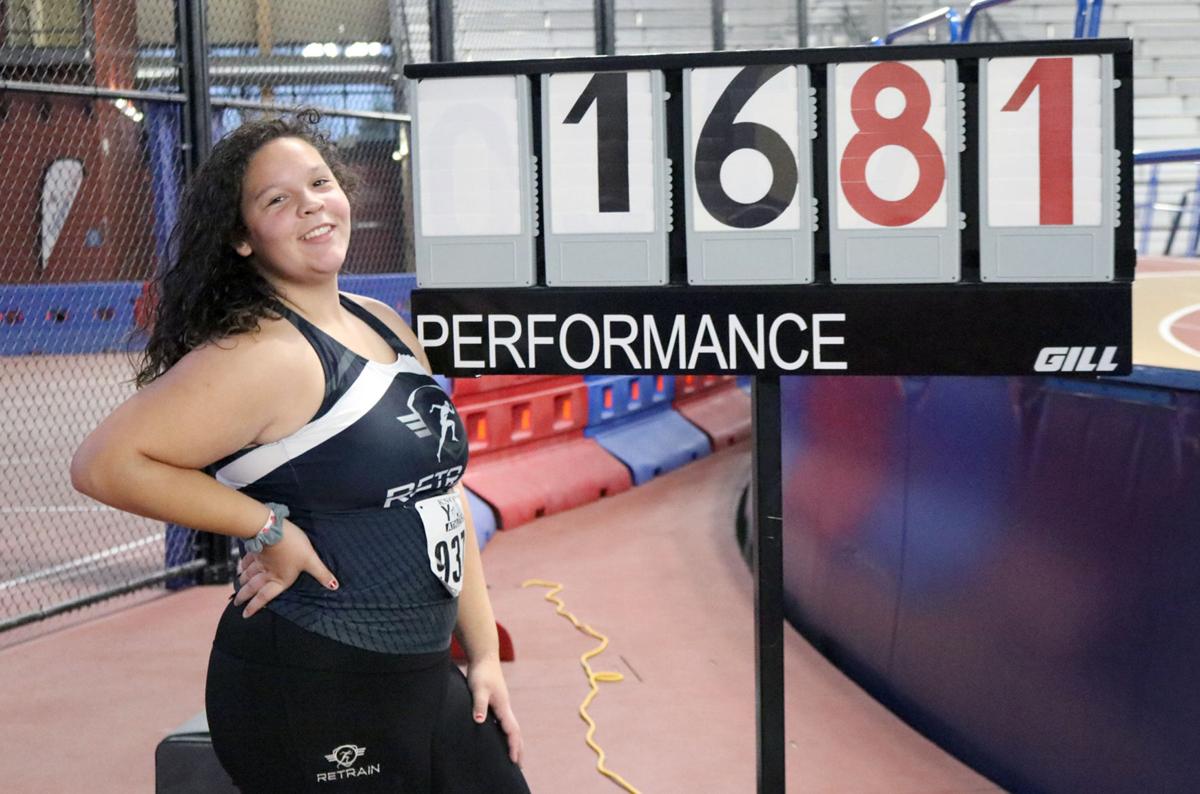 Daiyanna Cooper with her third-place weight throw medal at the Adidas Indoor Nationals.

Like so many student-athletes, Temple High’s Daiyanna Cooper had to play a waiting game in 2020. She was even on her way to New York for a major track and field competition the infamous weekend of March 13 when she and her family were told to stay put in Georgia.

But Daiyanna didn’t stay inactive, and when real competition for this thrower of heavy weights resumed she picked up where she left off and made even greater strides. One of those was a personal best weight throw of 16.81 meters (or 55-plus feet), another was a third-place medal at the Feb. 28 Adidas Indoor Nationals in Virginia Beach.

The decision that will have the most impact on her future, however, wasn’t in a meet. Daiyanna announced that she committed to join the track and field program at Appalachian State University in North Carolina, where she aims to be a conference champion and train to the point of being called Olympic caliber.

At the Adidas Indoors, Daiyanna threw 16.12 meters and was named an All-American. She was pretty close to second place, shy by 0.13 meters, but it all almost didn’t happen. Before she competed in her flight — the second of two — her implement was impounded.

“The weight has to reach a certain length, and mine was too long for whatever reason,” said Daiyanna, saying the ensuing chaos almost killed her desire to compete altogether. “It was like one-fourth inch too long. So I couldn’t compete with my own implement. So I’m scurrying, ‘Hey, can I borrow yours? It got a glove, I promise.’

Daiyanna also happens to be in the top three of the nation on Athletic.net for girls in the indoor weight throw.

Her training had to shut down for two months last year, and then through Zoom she was able to have meetings through her club to discuss how to handle the recently-declared COVID-19 pandemic.

“We ended up having virtual practices and meets,” said Daiyanna. “Through NSAF (National Scholastic Athletics Foundation), which is the big organization over club track and field, they had some virtual competition series I competed in, which was really strange. You had however many chances to get this one video to send in.

Daiyanna’s club is Retrain Athletic Academy, whose members come from all over Georgia.

She described the first experience as terrible. But in joining a club team for the first time, she was introduced to weight throwing, which is not a part of high school track and field in Georgia. That was in the winter of her sophomore year, and that spring she learned about the hammer throw. She was not a natural at the start.

“When I started weight and hammer, I was struggling really bad,” said Daiyanna. “Basically I was doing the wrong footwork trying to throw this heavy implement. I only threw it probably 7 to 8 feet my first time with terrible footwork. But after I switched clubs I started picking up more. The coach put (footwork) in a different understanding for me, and it clicked in my head.”

Her coach is Colleena Collins; she has been with her for two years.

Her personal best in hammer throw is 146-feet plus. A weight is 20 pounds while a hammer is 8.8 pounds on a longer string. She said the hammer is more technical and requires being “faster.” The weight throw, being on a shorter string, is easier to control, she said. Sometimes the weight throw only requires one rotation of the body, and for hammer she will do three to four.

“As long as you don’t come off the ring,” said Daiyanna.

The Temple Tiger received scholarship offers from Appalachian State, College of Charleston and Georgia Southern. Words like Olympics and World Championships are also heavy on her mind.

“I know I can get to the Olympics. I know I can place in the Olympics,” said Daiyanna. “It’s more training. I feel like I personally have not had enough training to reach there yet. It’s more making sure I’m getting every practice I can so I can end up reaching that goal.”

Throwing has taken Daiyanna all over the country. The New Balance Indoors in New York were cancelled last year, and it was on March 12 that the family was all ready to leave home to get on a plane when the email arrived with the bad news. In 2019, she was in the Junior Olympics placing eighth in the hammer, and that was in Sacramento, Calif. Other events last year were cancelled, but this year in addition to Adidas Indoor Daiyanna threw at the Southeast Showdown in Birmingham Feb. 15. This is where she achieved her best weight throw and high national ranking.

Daiyanna is also a part of Temple’s track and field team, but has yet to take part in the GHSA state championships, mainly because last year’s did not take place. She is the school record holder for shot put at 34 feet.

“I play a little bit of guitar,” she said about her other interests. “That’s practically it. I have almost no free time with athletics. I am a year-long athlete. I’m basically the team doctor. If they get hurt, I’m ‘I got some Band-Aids in my bag.’ It was like that for football because I was the manager. I’m always dealing with some type of athlete. That’s how I ended up choosing what job I want to go into. I want to be an athletic trainer and keep being around athletes.”