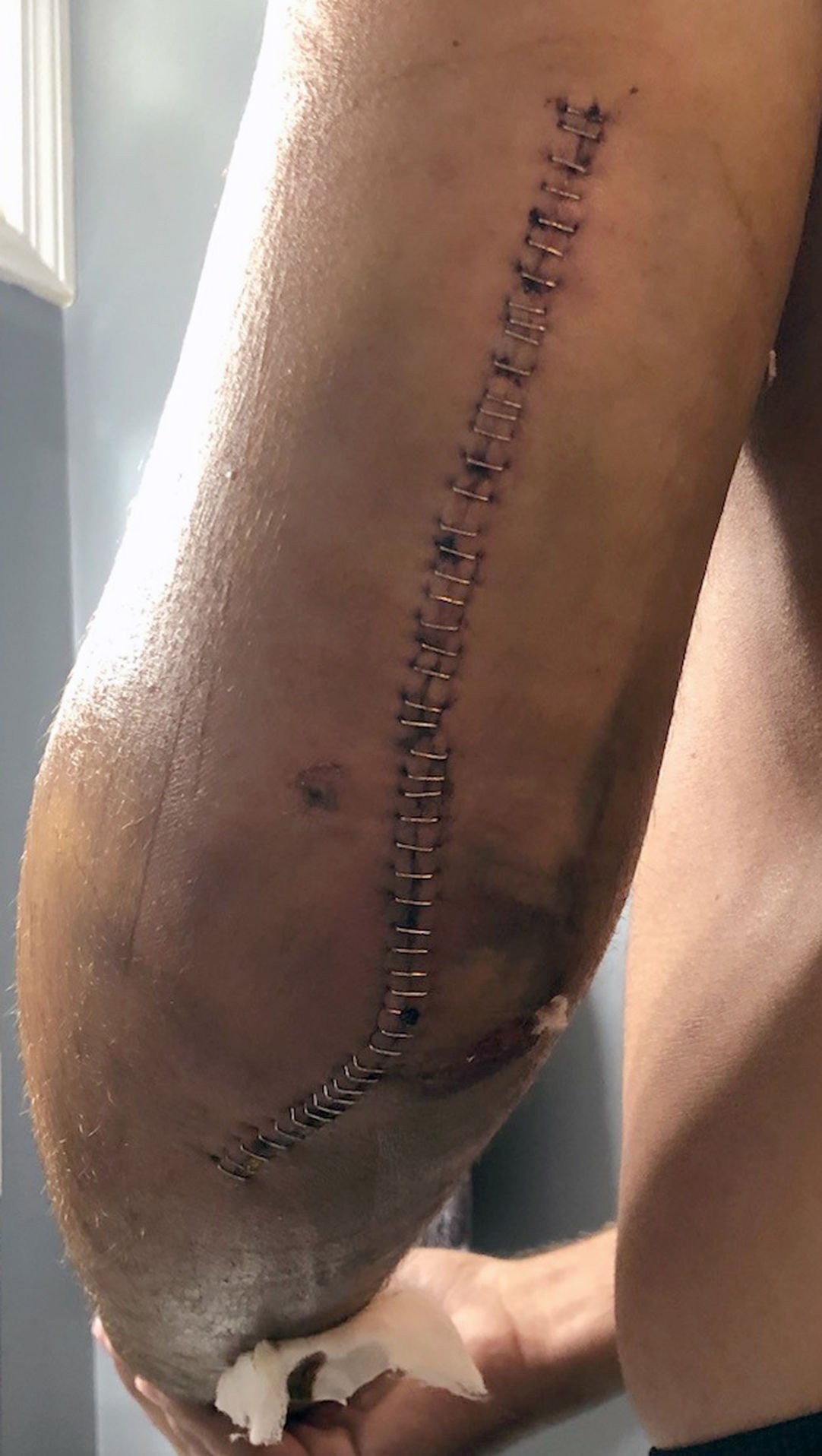 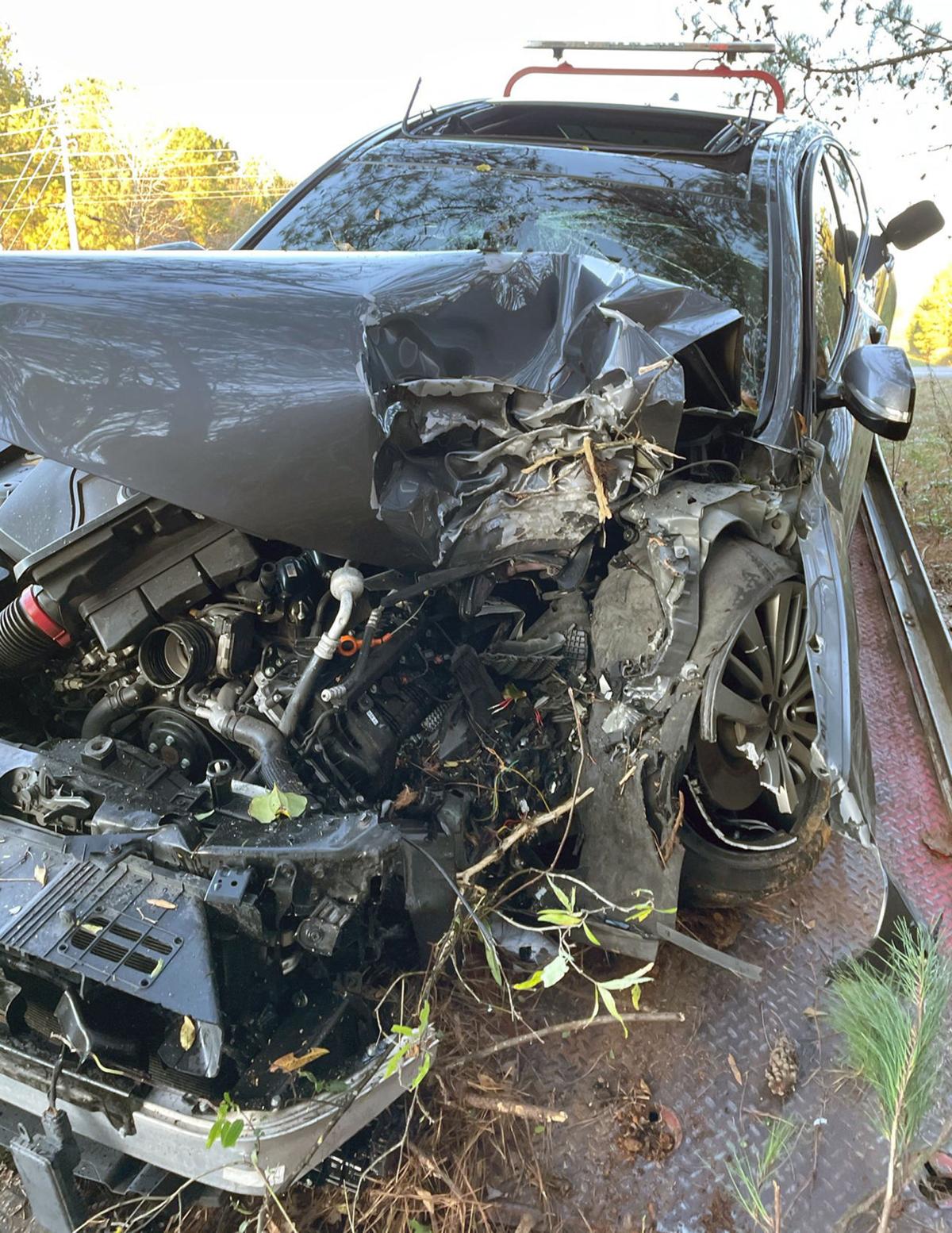 The wreckage from Dec. 2 resulting in Rece Moore’s injury. 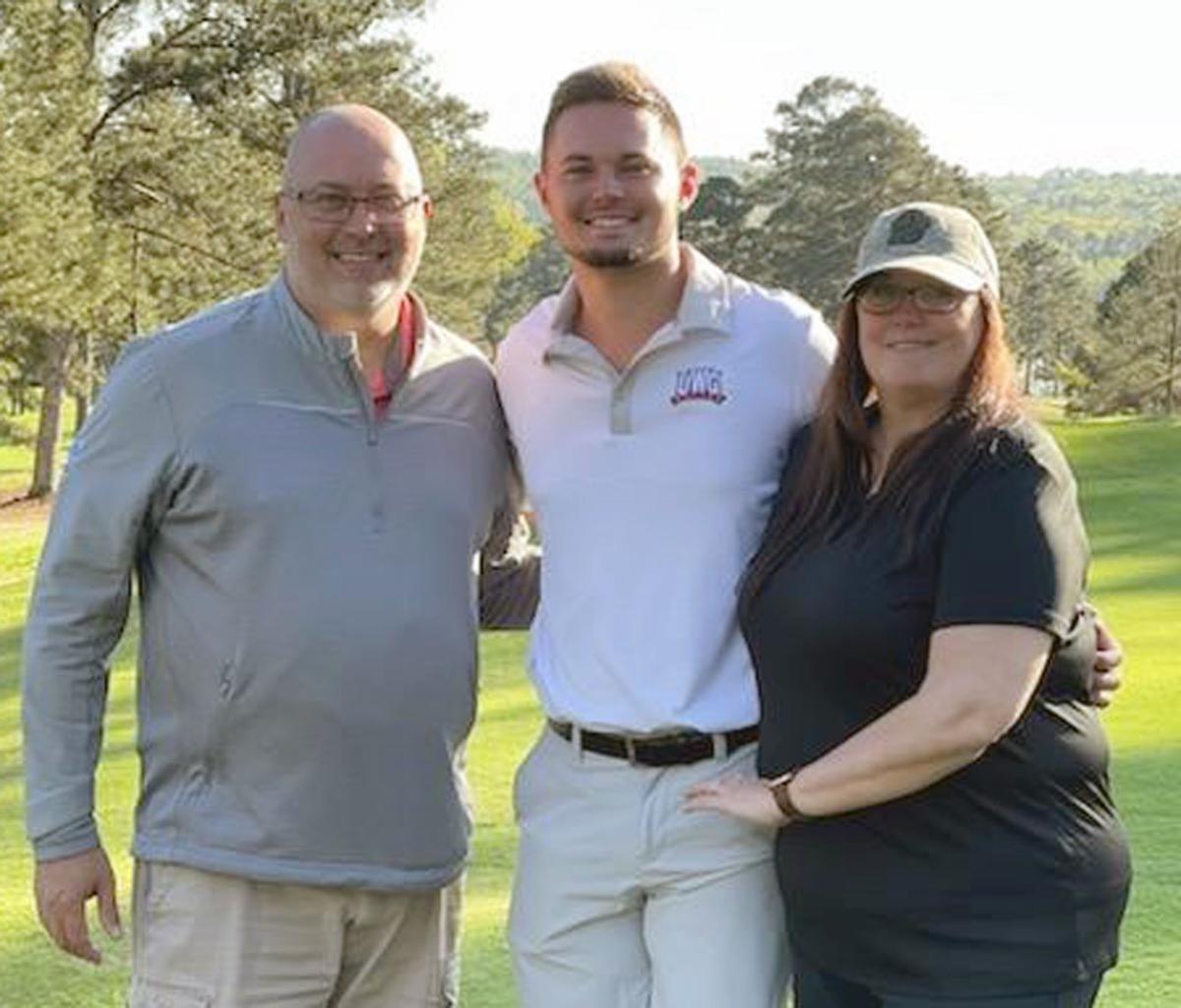 Rece Moore is pictured with his parents, Mr. and Mrs. Dale Moore

The wreckage from Dec. 2 resulting in Rece Moore’s injury.

Rece Moore is pictured with his parents, Mr. and Mrs. Dale Moore

Typically, a story about a Division-II golfer finishing tied for 51st, 19-over par, in an early spring tournament is not a story worth telling. This may be the exception.

This is the unfinished story of Rece Moore. The junior at the University of West Georgia played his first event of the spring season, the Cougar Invitational at the Columbus Country Club on Monday and Tuesday. His road to playing this event was an interesting one.

Moore developed his golf game differently than most others. He did not grow up in a country club setting taking lesson upon lesson from any club pros.

“He actually was a talented baseball and basketball player,” said his father, Dale Moore. “He never swung a club until he was almost 11 years old.”

Had it not been for a summer golf camp counselor urging his parents that ‘Rece really needed to play golf,’ young Rece may have never realized this talent and what he was meant to do.

“He started playing small 9-hole tournaments just to see if he liked to compete,” said Dale Moore. “Those first few events were very challenging ... he was playing against kids who had been golfing since they were 6 and 7 years old. Eventually he started to find his way and became very competitive very quickly.

“During the first couple of years, he was still splitting time with baseball and basketball. After his third year of golf, it became pretty clear where his heart was and what he wanted his focus his time and efforts into.”

By the time Rece entered his junior year at North Paulding High School in Dallas, he became one of the top golfers in the area, winning several Atlanta Junior Golf events and competing, turning in strong showings for the Hurricane Junior Golf Tour.

His first bout with injury, though, was before a high school golf season started. Rece broke his wrist in multiple locations playing basketball during gym class. Almost all of the communication Rece was having with college coaches completely stopped. Both he and his parents had feared he had lost his opportunity of playing college golf.

“After his rehab, Rece started lessons for the first time at Cartersville Country Club,” said Dale Moore. “Up until now, he had only had one or two lessons from the pro at Bentwater Country Club. He learned a lot about golf and the golf swing from the same place we learn everything from nowadays: Youtube. He worked with a young teaching pro, Jacob Wine. They ensured that he did not pick up any bad habits while coming off the injury.”

Coming off the wrist injury, Rece experienced one of his best summers on the HJGT winning one event and placing in the top 10 in several others. His play caught the attention of the new head coach at UWG, Todd Selders. And so Rece became a member of the Wolves team.

Rece had a challenging freshman year with a scoring average of 75 even in 24 rounds in nine events. He did place seventh individually at the Gulf South Conference championships (220).

He found his groove in his sophomore year earning his first collegiate victory at the Full Moon Invitational held in Calera, Alabama, scoring four-under-par. His average was 72.13 in 16 rounds (three 68s) and placed in the top 10 four times.

That, however, remains an incomplete season for all as the COVID-19 pandemic cancelled the remaining tournaments — including conference and national championships — of the spring of 2020.

Things still looked bright heading into his junior year, which was able to begin on time. Rece and his West Georgia team played three fall tournaments. There was the Matt Dyas Invitational at Oak Mountain Championship Golf Club and a return to the Full Moon, where he placed fifth at even par (70-72-142).

On Dec. 2, things drastically changed once again. Rece and three friends were headed home after playing a round of golf. They were about five minutes from home when an accident happened.

“A driver pulled out in front of them,” said Dale Moore. “The driver of the car that Rece was riding in attempted to avoid the other vehicle. In doing so, he swerved to the left into a field and hit a tree head on doing about 50 mph.”

He said the driver was uninjured, the front passenger received a couple of stitches and bruised ribs and the back right passenger was thrown to the front of the car, ending up with a concussion and 15-18 stitches in his forehead.

“Rece gets the worst of it,” said Dale Moore. “Besides lacerations to his head and face, his left elbow is obviously injured. We hoped that maybe it was dislocated. No such luck.

“It took several hours for the doctors in Carrollton to tell us that they did not have a doctor on staff equipped to perform his surgery. That’s when we knew it was serious. At 11:30 p.m., they let us know that they had found a trauma specialist that could perform the surgery and he was being transferred to Kennestone in Marietta.

“We spent all night wondering what the surgery was going to entail. Being a father and trying to answer the ‘why did this happy to me’ questions is honestly the hardest thing I’ve ever had to go through. We still had not seen the x-rays.

“At around 5:30 a.m., Dr. Douglas Lundy came in and very confidently let us know he was going to fix his elbow. In his words, the x-rays essentially looked like a bomb had went off in his arm and it was going to be a very long road back and that the rehab would be the hardest thing Rece would ever have to do. The surgery went longer than expected as there were tears to the tricep muscle from the bones shattering. Three plates, and several more screws later, the surgery was complete.”

Rehab started two weeks later on December 21, according to the father.

Less than 16 weeks from the date of his accident, Rece Moore enters the college tournament with the West Georgia team in Columbus.

Going from not knowing if your son would ever be able to swing a club again to getting the opportunity to see him do the thing that gives him, and to be honest you, so much joy, words cannot express those feelings,” said Dale Moore. “His first round, rough. So many nerves. So many doubts.”

“I tried to console him,” said Dale Moore. “’You are coming off a major surgery.’ Giving him obvious reasons for him not to have his expectations so high. He wouldn’t have it. He told me those were just excuses and that he just needed to play better.”

The second round was the same day, and grinds out a 74 with three birdies. He had none in the first 18.

“He’s exhausted,” said Dale Moore. “His body is feeling it. Tuesday morning, he is feeling sore all over. He starts with a double bogey on his first hole (No. 14) and follows it up with a bogey.

“After that start, it would have been easy for him to give up. Get through the round and blame the arm. He didn’t give up.”

Rece played the next 16 holes in 4-under-par birding his third hole and the last two holes to finish with six overall and a 69 on the par 70 course.

“He had several coaches from other schools come and ask about how he’s feeling and ‘what was he doing out there??!!,” said Dale Moore. “He’s a great teammate. He loves golf and his school, and anything he can do to help he does. He’s been on the Deans List since his second semester; Academic All-American. He was named the team captain this year.”

His perseverance and determination is the reason that his story is “unfinished.”