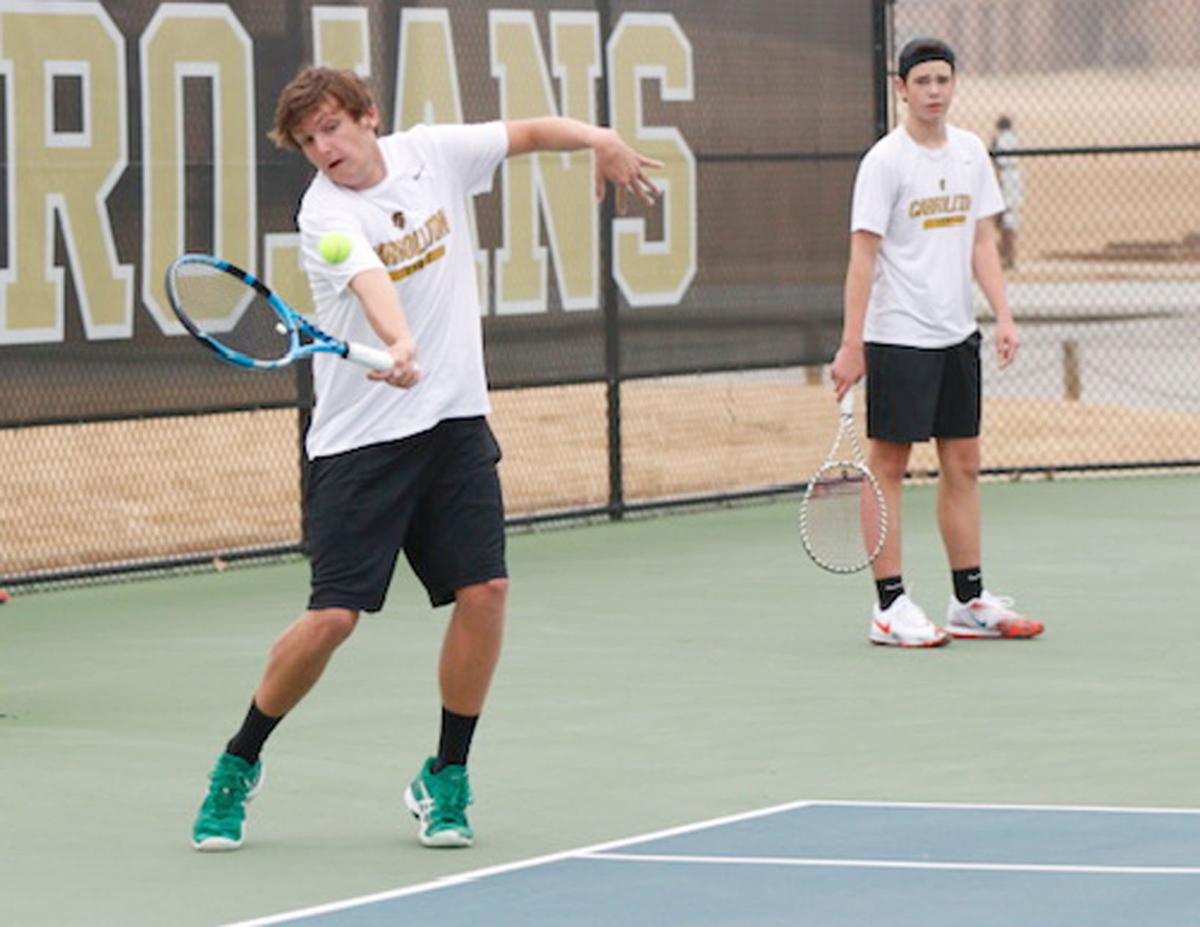 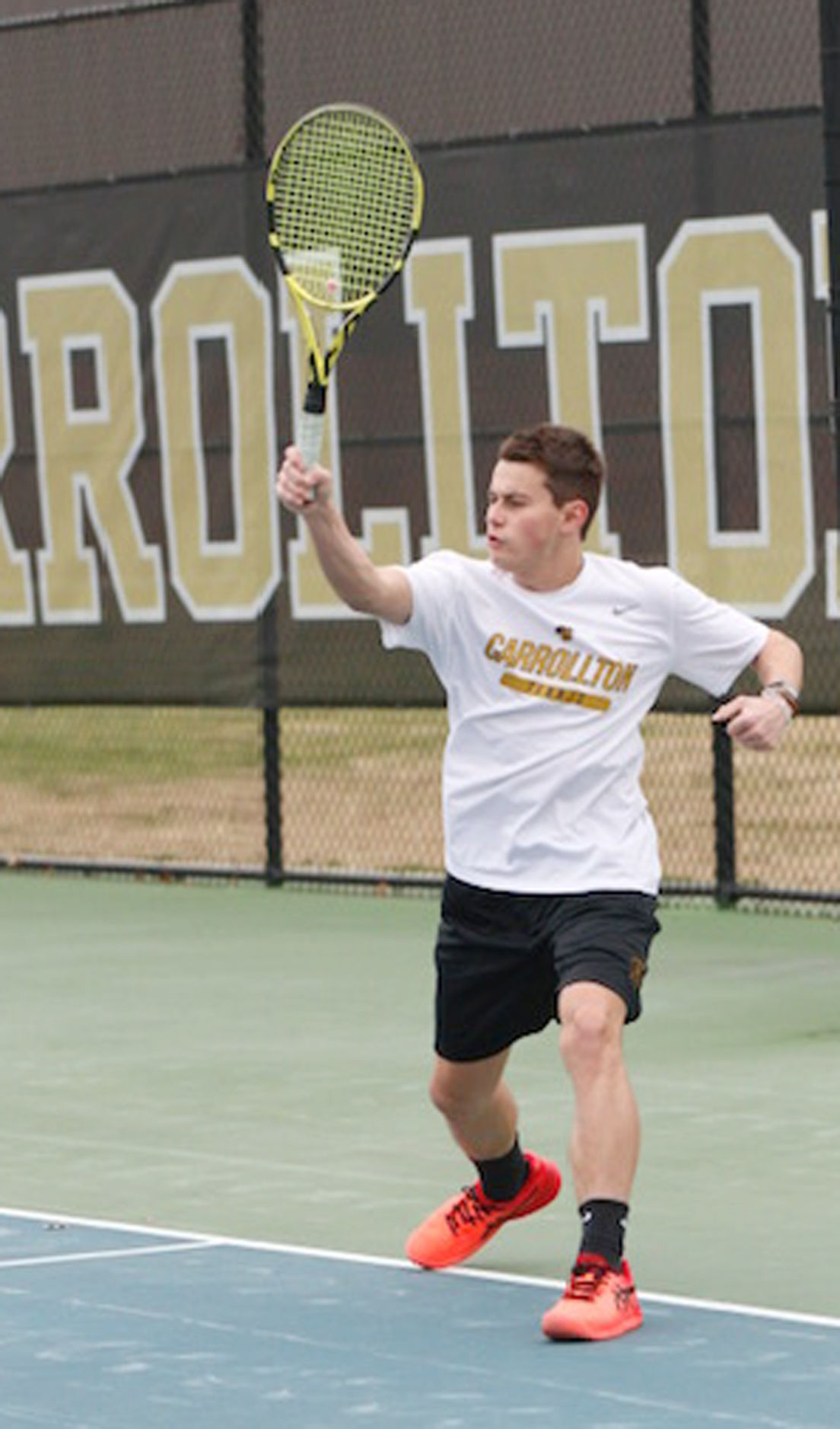 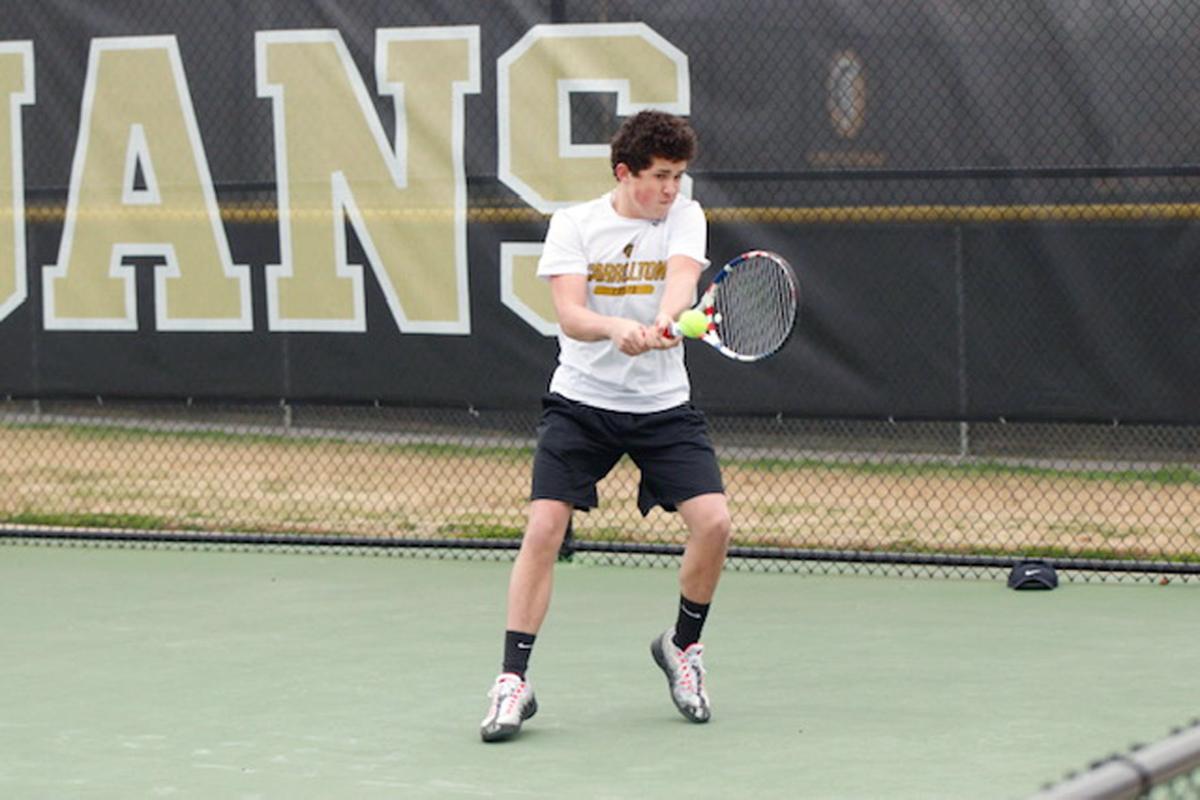 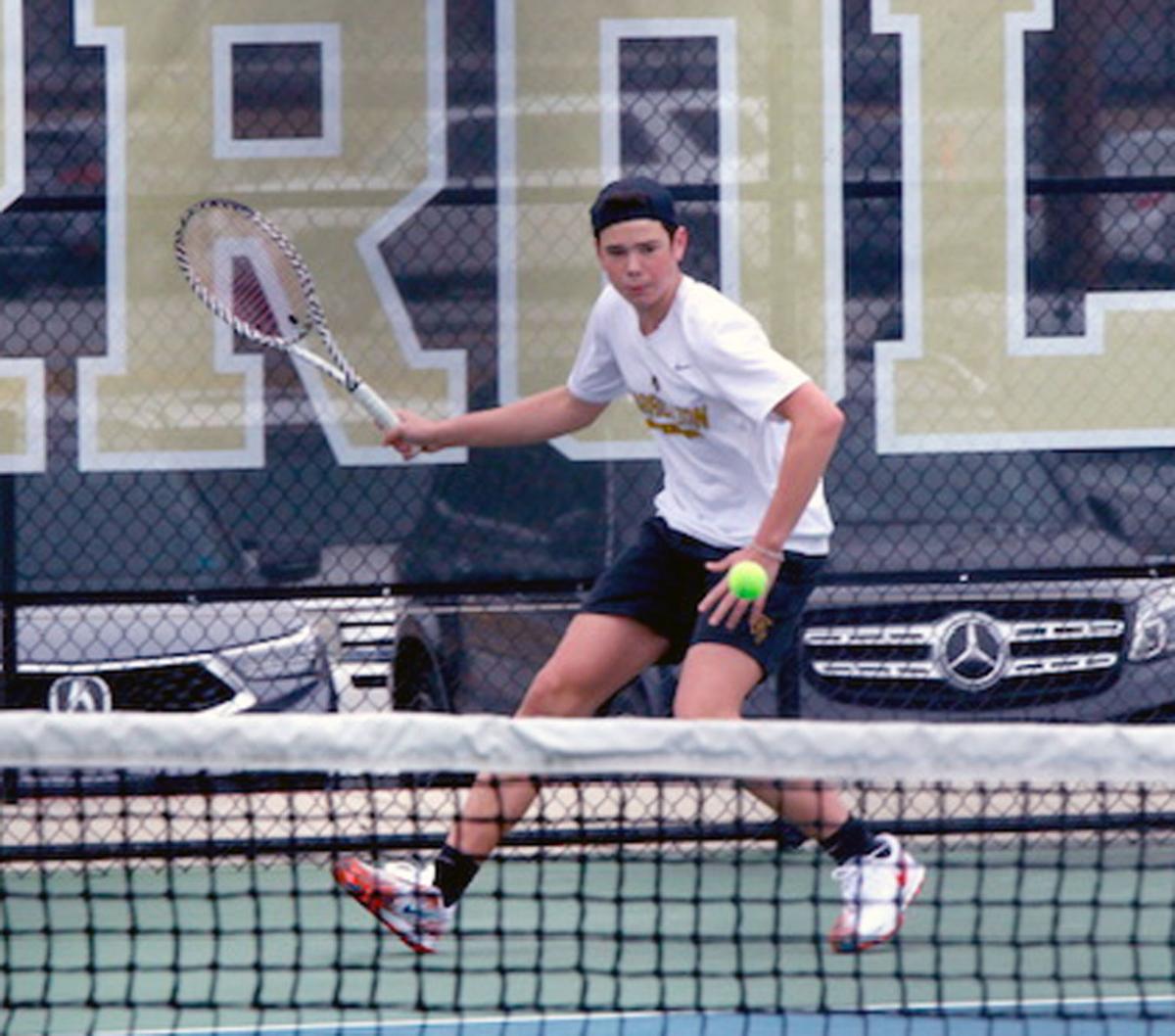 Sophomore Will Nixon of the Carrollton High boys tennis team doesn’t have many losses on the court, and he’s looking for another Friday in the GHSA 6A semifinals at home.

Sophomore Will Nixon of the Carrollton High boys tennis team doesn’t have many losses on the court, and he’s looking for another Friday in the GHSA 6A semifinals at home.

Only one more step stands between Carrollton High boys tennis and a return trip to the GHSA state championships.

On Friday, the Trojans, as region champions, will host Cambridge High in the Class 6A semifinals, and the winner advances to Rome in an attempt to win another of those titles that did not get handed out in 2020 due to the coronavirus pandemic.

Even though Cambridge will enter the Trojan courts as a region No. 3 seed, Carrollton coach Ryan Scroggin said that won’t make for an easy afternoon when play begins at 4:30 p.m. This is Carrollton’s first school year in the 6A classification, and Scroggin said that meant eventual meetings with several solid programs from the Atlanta area.

In fact, the other 6A semifinal is John’s Creek vs. Chattahoochee, and they come from the same region as Cambridge.

Carrollton, though, has a senior class that wants to create a “Cinderella” ending to their 2021 season.

“It’s going to be a very good match I believe on Friday,” said Scroggin. “Chattahoochee is a fourth seed. They are all in that same north Atlanta region. They are year after year very strong.”

Going back to 2016, Trojan boys tennis began a tradition of deep playoff runs with the first of two straight state finals appearances. The 2019 season ended in the semifinals, but there is an “asterisk” on the 2020 season because it ended short of the region playoffs.

The foundation for such a solid program, Scroggin said, comes from the number of tennis pros in the area who begin working with players starting at a young age. These players go on to compete at the USTA level, and the coach said his senior class entered their time as Trojans full of this beneficial experience.

“I have a great senior class,” said Scroggin. “They’ve been able to win the region every year … 2020 we really don’t know. We were in position to win region again, but it’s just an asterisk. But they won region as freshmen, sophomores and senior year. In their freshman year, we got to the Elite 8, sophomore year got to the Final 4, last year is blank, and this year making it to the Final 4 again.

“This has been much tougher. We moved up to 6A, which gets much more of your Atlanta area schools in, your real large schools.”

“This year it’s been mainly the same lineup almost the entire year,” said Scroggin, who must put three singles players and two doubles teams out for each team match with the aim of winning three before losing three individual matches. “We’ve had a few injuries earlier. We tweaked the lineup some, but we’ve mostly had he same lineup.”

In the group of underclassman, Carrollton has junior Tobey Barden in the second doubles team, playing his first varsity season. Scroggin said Rhett Gaston was playing No. 2 doubles before suffering an injury that caused him to miss weeks of action. The coach said he’s stuck things out and remains with the team as he recovers while the team is still alive. A sophomore, Will Nixon, is a singles player who Scroggin thinks only has one loss on his record.

In fact, Carrollton as a team enters Friday’s semifinal 22-2.

“From match to match, sometimes it’s the top of the lineup that wins and sometimes it’s the bottom of the lineup,” said Scroggin. “I always tell the kids it’s nice to win 5-0, but as long as we can win three lines, I really don’t care which three lines it is. Especially at this time of the year. The matches at region and state, it’s been a different three that have won.”

During the regular season, all five matches play to conclusion. That changes in a playoff setting, where once one side gets three wins, any other matches in progress stop and do not count towards the final score.

When Carrollton defeated Winder-Barrow in the state playoffs, winners were Nixon and Rakestraw in singles and doubles team of Harvey and Hawkins. Nixon and the Harvey-Hawkins team also won in the quarterfinal at Lakeside-Evans — but here another doubles pair, Barden and Peeler, got the third victory.

As for what kind of tennis players Carrollton has, Scroggin said it’s a combination of styles, be it power or placement. He said Nixon and Coleman have a good power game, and others can switch things up if needed. He said all are pretty well consistent.

“The biggest thing about this team is they are all good friends. They all care about each other,” said Scroggin. “There’s no one person who wants to be the standout. Like me, they don’t care which three wins as long as three of us do win.”

The Lakeside-Evans match was on the eastern side of the state near Augusta. The team didn’t just make a round trip in one day but instead arrived on Monday, stayed overnight and started playing at 1 p.m. Tuesday. The coach said the Trojans handled the situation well to play good tennis, but it’s the home setting for Friday.

“It’s going to take a great team effort,” said Scroggin. “If we go out there and play our best, we will be O.K.

“(Winning state) would be a Cinderella ending for the seniors. They’ve been great for the program. When it’s over, I’m definitely going to miss them. I’ve never had an ounce of trouble out of any of them.”