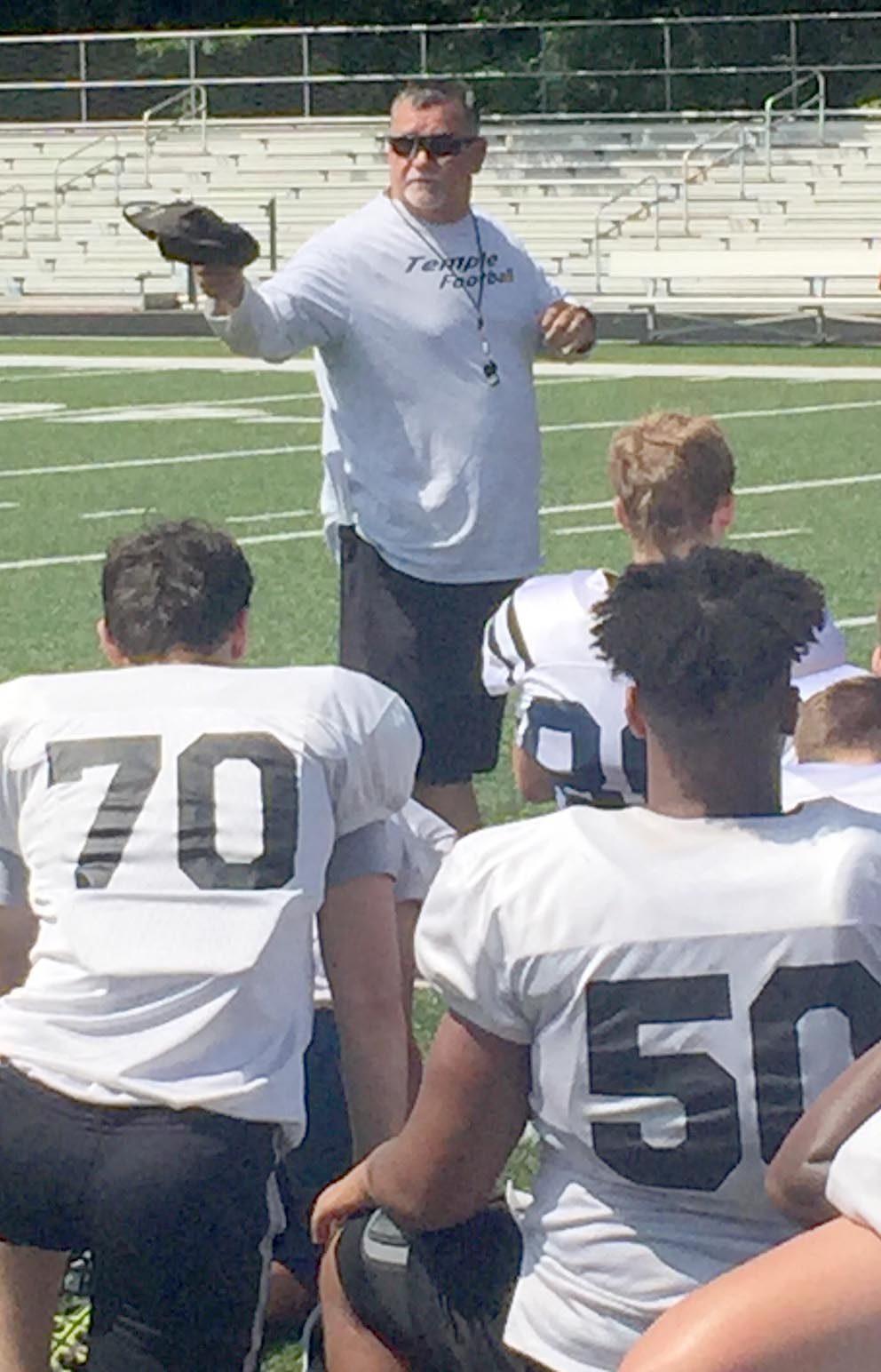 Temple High School head football coach Scotty Ward and his Tigers welcomed Bowdon and Haralson County to Rogers Stadium on Monday to kick off a two-day padded team camp. The third-year THS head man wants to use these opportunities throughout the summer to figure out what pieces he'll have on hand in the fall. 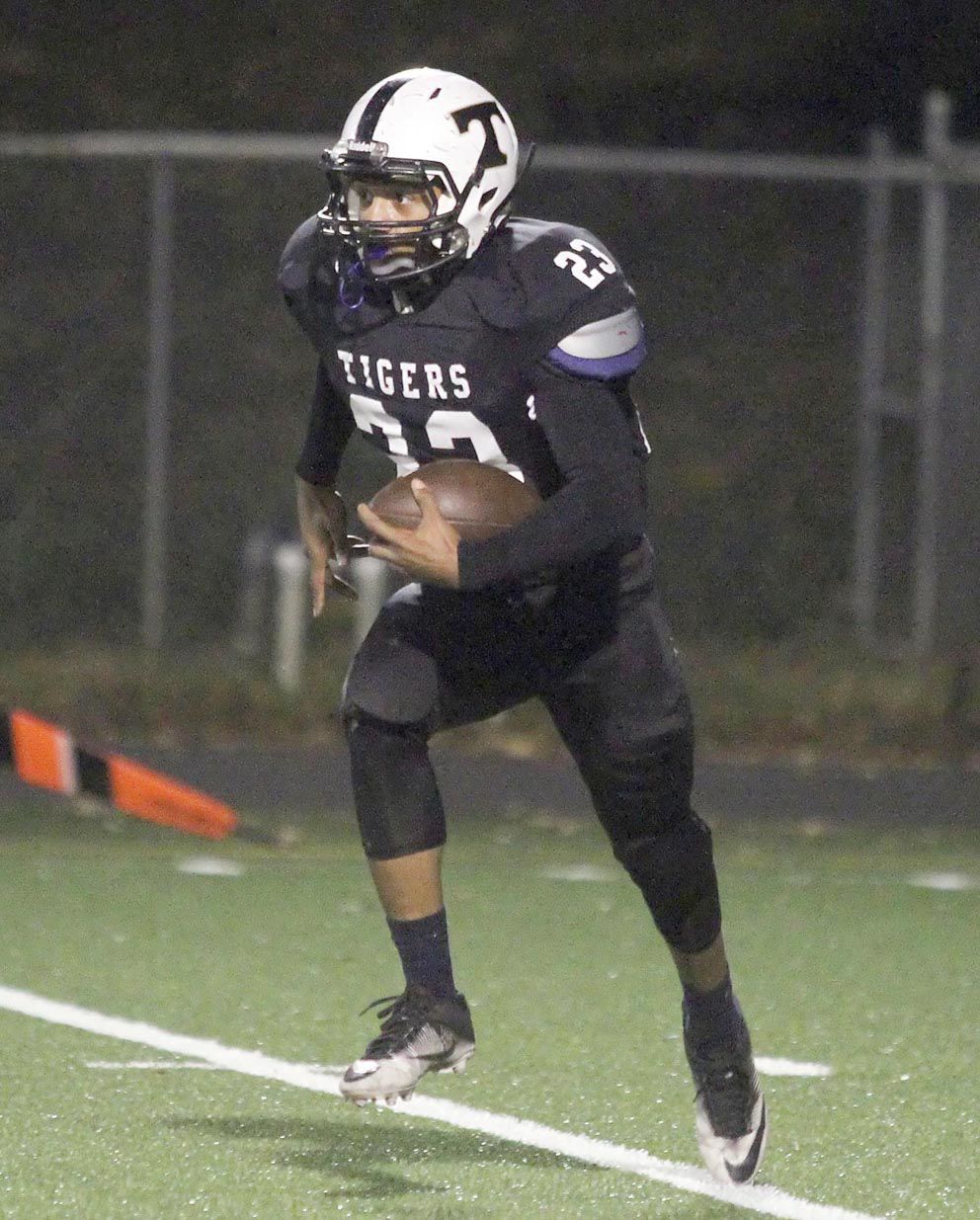 Temple returnees like senior Daimar Ivey have been staying busy throughout the summer with college visits and 7-on-7 camps.

Temple High School head football coach Scotty Ward and his Tigers welcomed Bowdon and Haralson County to Rogers Stadium on Monday to kick off a two-day padded team camp. The third-year THS head man wants to use these opportunities throughout the summer to figure out what pieces he'll have on hand in the fall.

Temple returnees like senior Daimar Ivey have been staying busy throughout the summer with college visits and 7-on-7 camps.

The build-up to this fall is all about the process for Scotty Ward.

As his Temple High School football team sinks its teeth into the meat of the summer schedule, the third-year head coach is using a day-by-day approach to figure out exactly what pieces will go where when his ballclub officially begins fall camp in late July.

So with the help of a few close neighbors this week, he got an early glimpse of what his 2018 Tigers will look like in pads.

Temple welcomed both Bowdon and Haralson County to Rogers Stadium on Monday to begin a two-day padded team camp where all three schools got a chance to scrimmage against each other for several series.

Indicating that he’ll go back and watch his guys on tape, Ward gave his initial takeaways from Day 1 of the camp.

“Just like everything else, you really don’t know until you get in there and watch the film. There were some good things, but there’s a lot of stuff that we have to fix,” Ward said. “Knowing where to line up was one of the big things. Offensively, you’ve got to know the formation, the calls, all of that stuff and we got confused at times with that. It was the same thing on defense. At this point of the summer, it’s a work-in-progress. It always is.”

Like his contemporaries at Bowdon and Haralson, the THS head coach found it extremely beneficial to get his guys in pads against different opponents for a few days.

For Ward, there’s no better way to get his players much-needed reps than against opponents who are different than the ones they line up against at practice every single day.

“Offensively last year, we went against cans more than we did the defense on practice days,” Ward said. “Right now, it’s just about getting those quality reps and the biggest thing for us is lining up, knowing who to block and knowing what to do. We struggled with that at times (Monday). But again, it’s early so getting those things down will be the big moving forward.”

This week’s home camp is the latest event on the itinerary for a Tiger squad coming off a Class AA postseason appearance last fall.

Players like Ronald "Scooter" Tanner, D.J. Glenn and Ryan Burkhart participated in the Mike Hodges QB/WR Camp at Middle Georgia State earlier in the month, while the offensive line made the trek to Cochran for the Hodges O-Line Camp last week.

Ward outlined what he and his players are trying to accomplish as they go through the summer wringer.

"We’re so very young, so it’s about them learning what to do and how to do it,” Ward said. “That includes how to practice, how to be competitive and always be ready to take coaching. That’s a learning process in itself. If you can’t take coaching, then it’s pretty tough for you to understand what you’re doing. For me, it’s a total process of learning the calls, the formations and everything else. It’s an all-summer long process.”

With players traveling in and out of town, Ward indicated that his team’s schedule heading into July will consist of smaller camps like the 7-on-7 that they had with Landmark Christian and Central at Roy Richards Memorial Stadium last week.

“This will be our only padded camp unless we find something in July to go to,” Ward said. “We’re going to more 7-on-7 camps and things like that.”