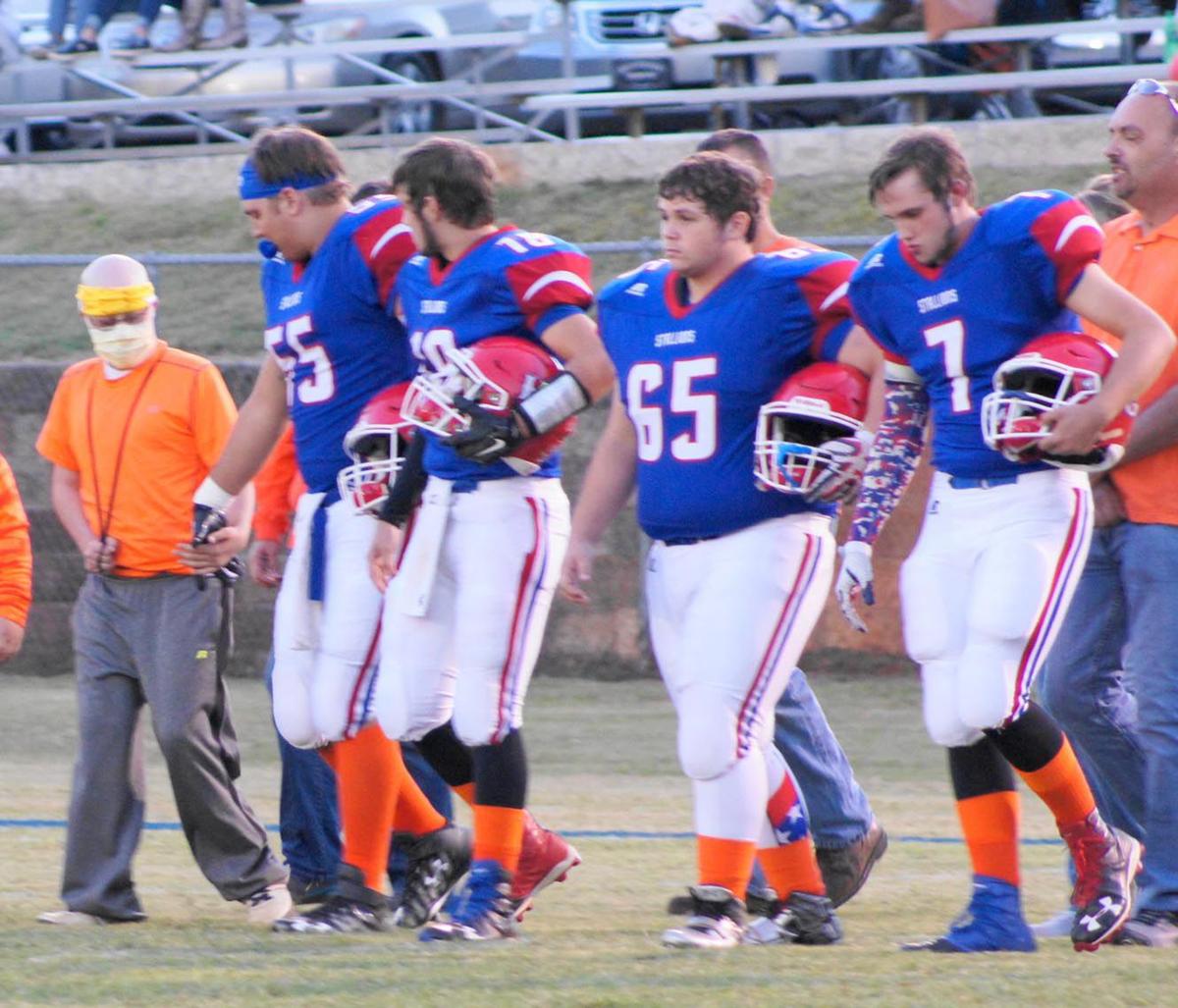 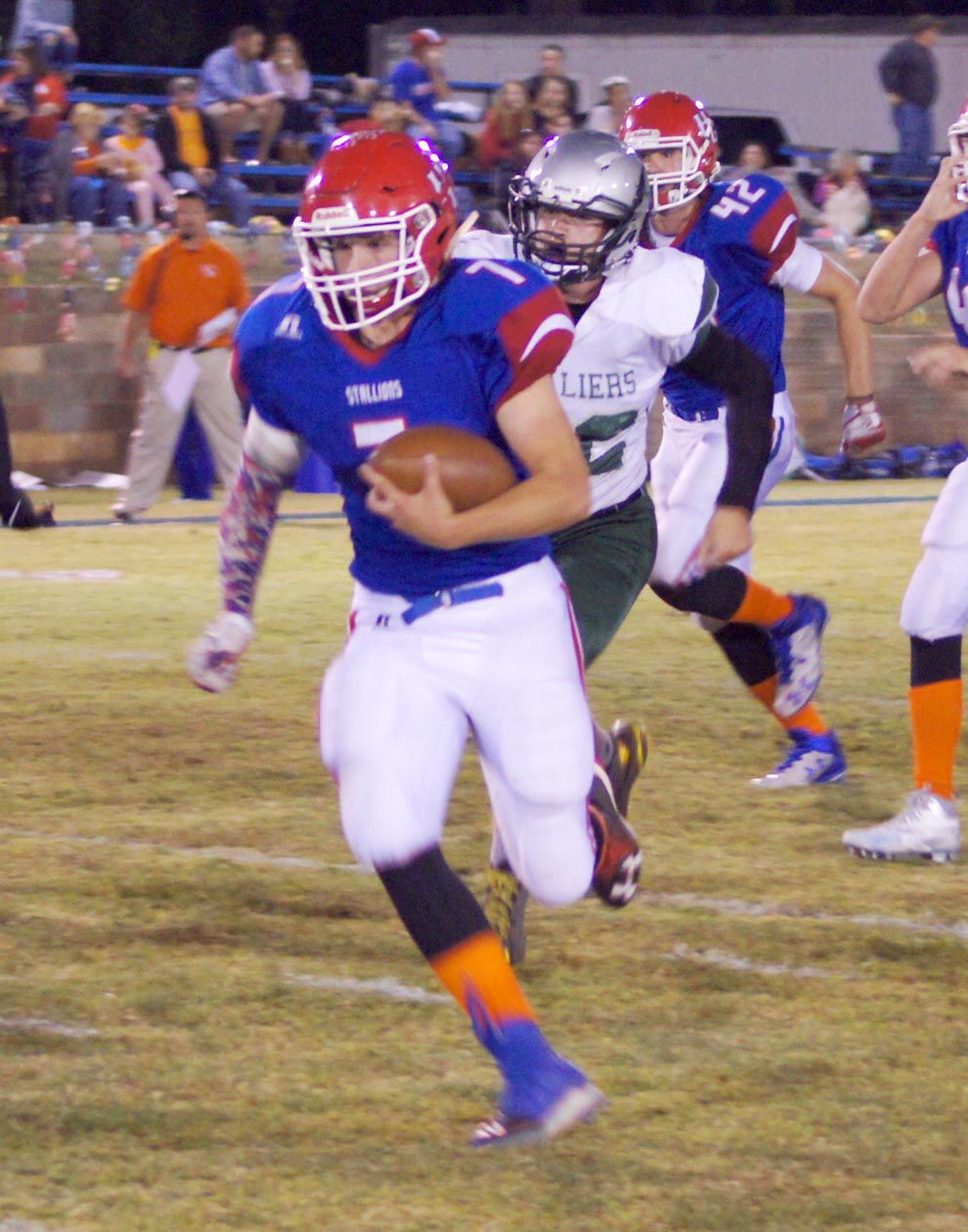 Holy Ground's Brady Yates rushed for 199 yards on 30 carries in the Stallions' 70-56 homecoming victory over CrossPointe Christian Academy on Friday night in Roopville.

Holy Ground's Brady Yates rushed for 199 yards on 30 carries in the Stallions' 70-56 homecoming victory over CrossPointe Christian Academy on Friday night in Roopville.

In a game that featured a combined 18 touchdowns, the Stallions racked up 445 yards of total offense, the bulk of that coming from the 1-2 punch of twins Brady and Jackson Yates. Brady Yates posted 199 yards on 30 carries, while Jackson Yates added 179 yards on 20 carries.

Holy Ground got on the board first defensively, however, on a 68-yard pick-six by Demontrea Ackey, who had two interceptions on the evening.

CrossPointe's Logan Payne gave the Stallions trouble all night, and he scored on the ensuing possession to tie the game up at 8-all.

The Yates' twins accounted for the next two Stallion scores, while Payne found the end zone again to pull within 26-22 on a 77-yard kickoff return.

Ackey answered for the Stallions on a 14-yard run led by guards Brock Wright and T. Kirby Kilgore, and Jackson Yates connected with Brady Yates on the two-point play.

Coming out of the half, Jackson Yates broke a 65-yard touchdown run, but Payne had the equalizer on a 51-yard score and another Cavalier touchdown made it a 64-50 margin.

But Brady Yates added the final score for the Stallions on a 27-yard run and Payne found the end zone one last time for the Cavaliers to close out the night.

“We are glad to get away with a win [Friday],” HG head coach Jamie Perry said. “This was a very good football team with some very good athletes and great team speed.”

The Stallions play host to Ballard (Ala.) on Friday in the final home game before going on a three-game road trip to close out the regular season.

The Stallions had two honorary captains for Friday night's game in honor of Leukemia Awareness Month. Samuel Dalrymple, a 13-year-old boy who was born with Down Syndrome, was diagnosed with leukemia early this year and is currently undergoing chemotherapy treatments. Dalrymple was presented with the official game ball signed by the Stallion players and coaching staff.

Jody and Shelly Lee also served as honorary captains in honor of their daughter, Jessica Lee, who passed away on Oct. 4, 2012, from leukemia.