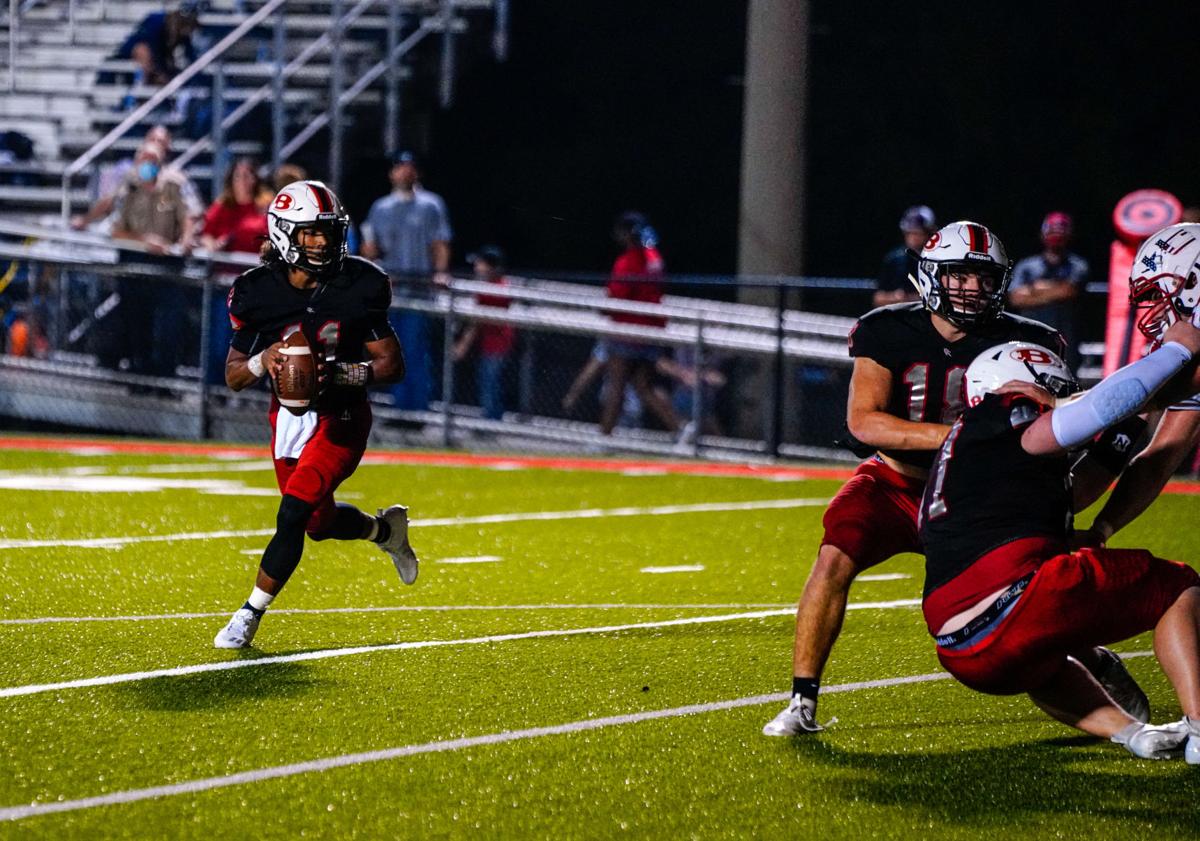 Bowdon sophomore Robert McNeal searches for an open teammate within 20 yards of the end zone in a game earlier this season. 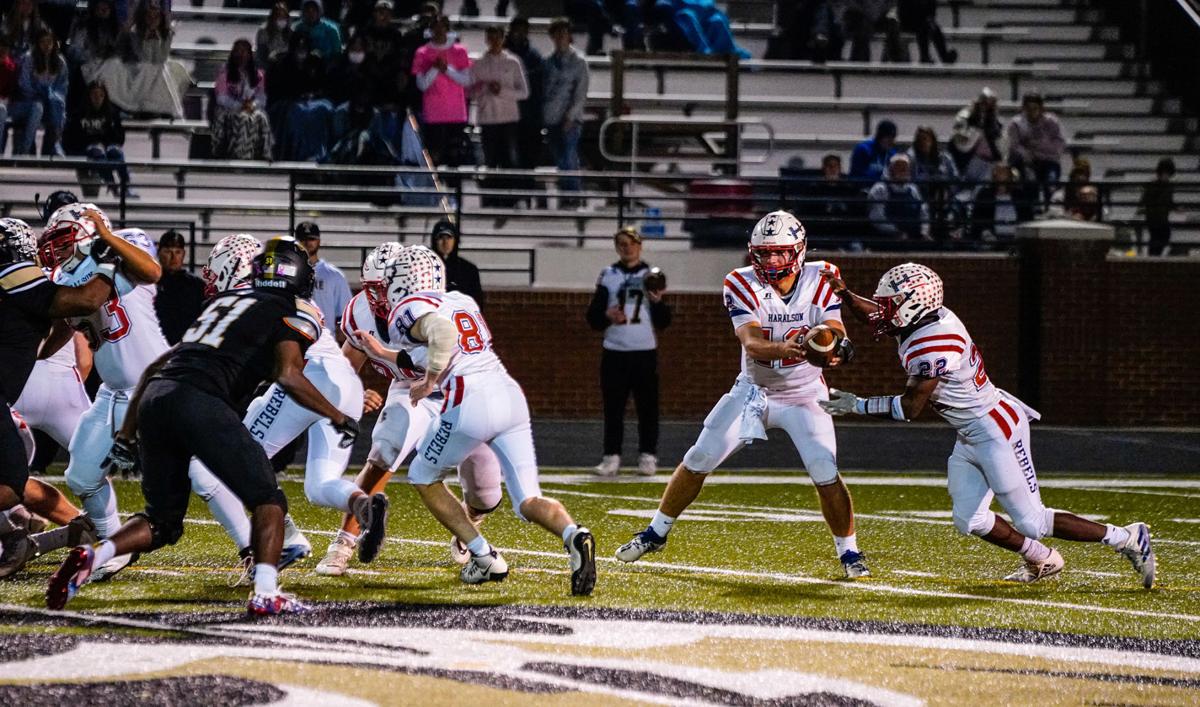 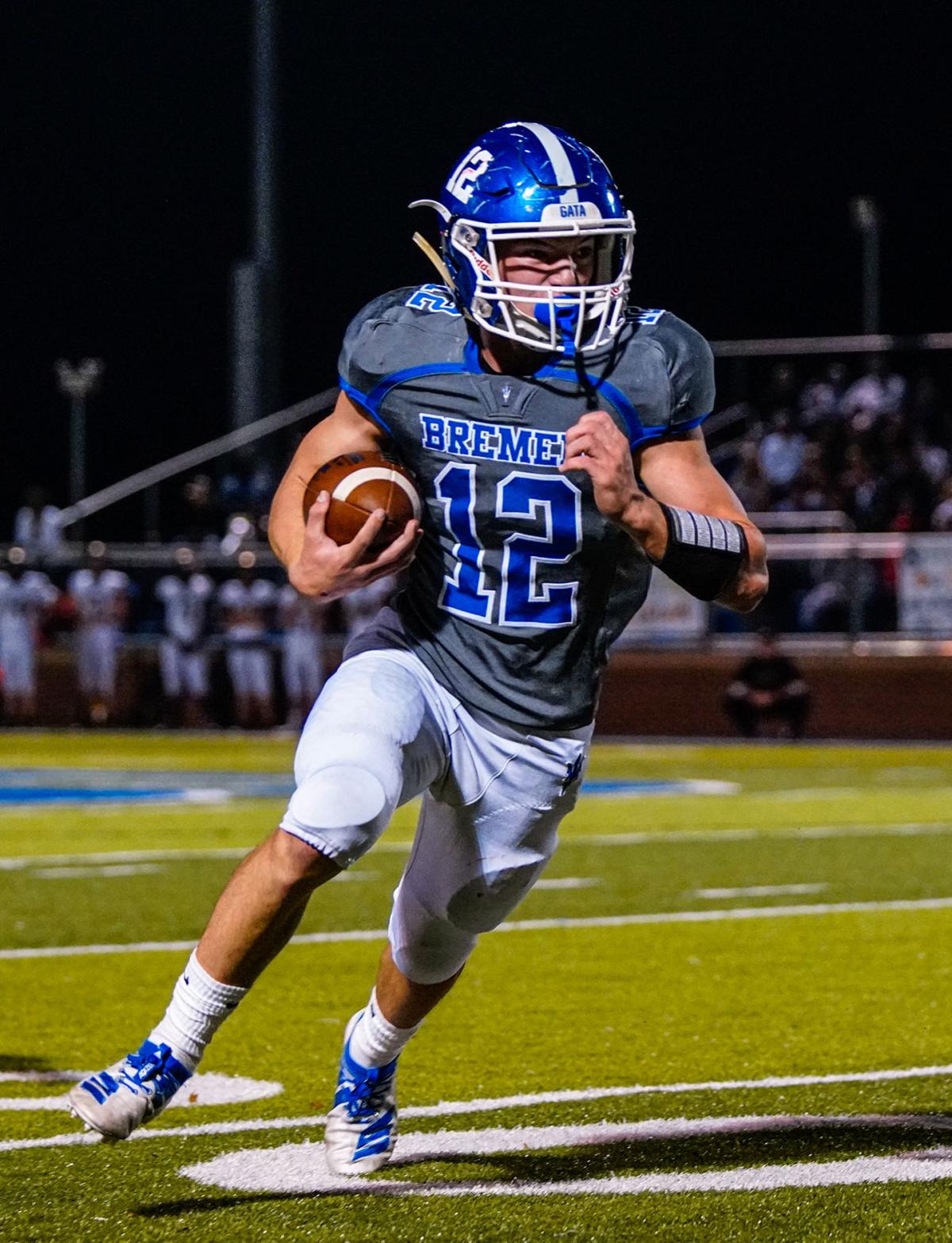 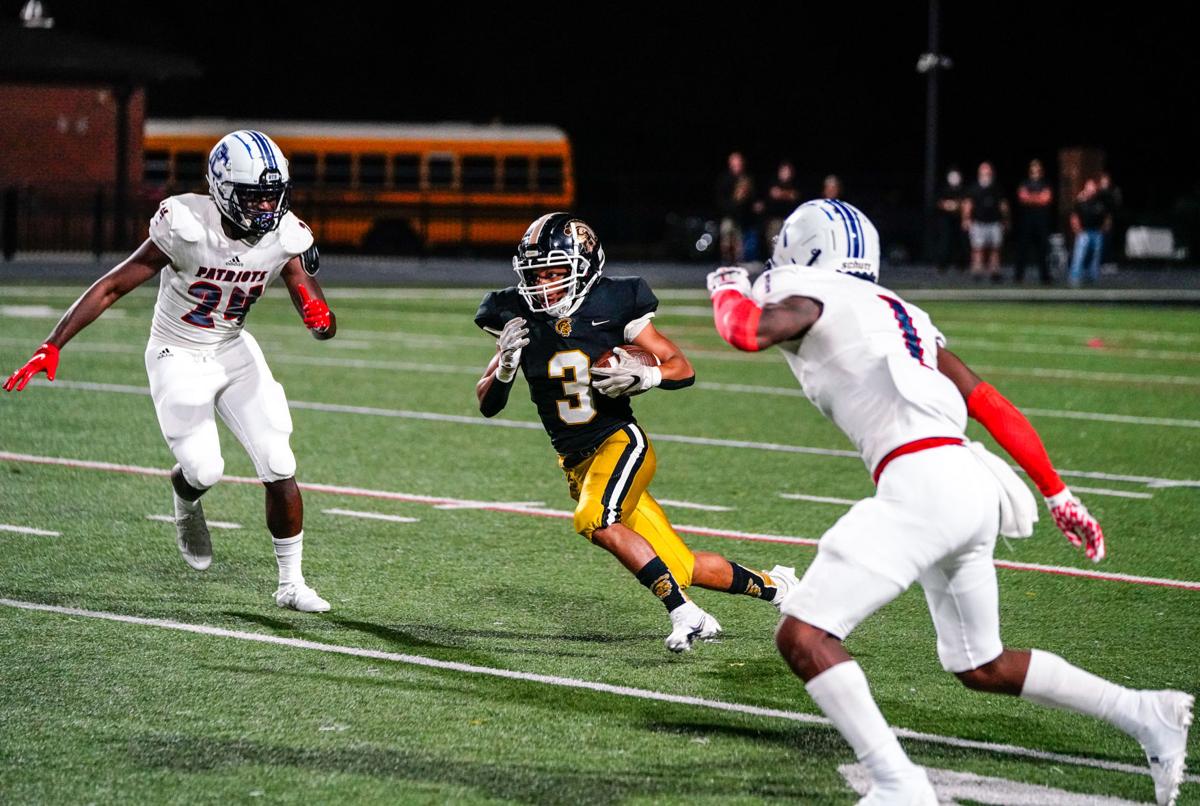 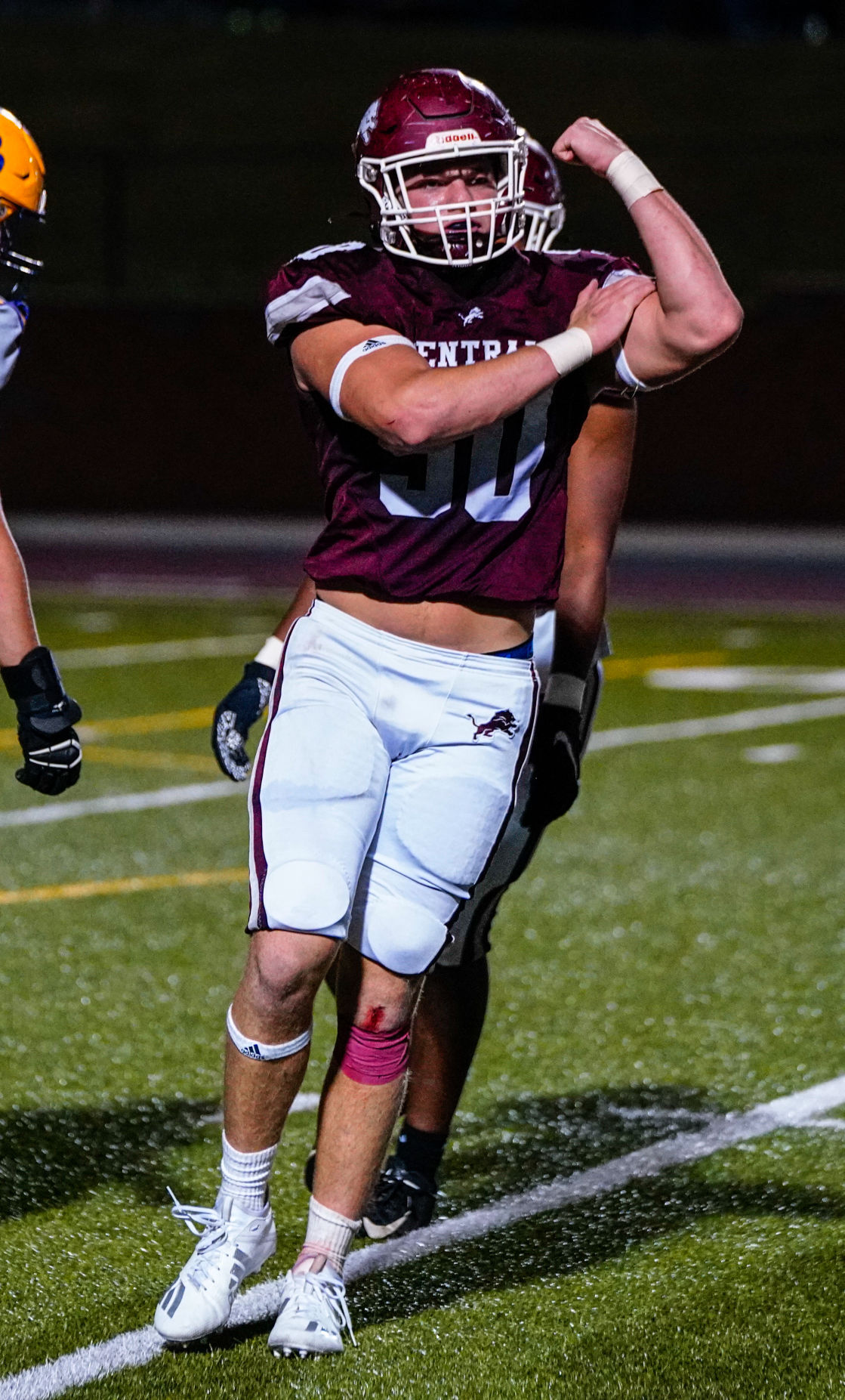 Bowdon sophomore Robert McNeal searches for an open teammate within 20 yards of the end zone in a game earlier this season.

After battling through a season of uncertainty because of COVID-19, the high school regular football season ends this week.

What to Know: With a win tonight, the Bowdon Red Devils will head into the Class A state playoffs, having won five of its last six games and finishing with a perfect 5-0 record in Region 6-A play. Armuchee has struggled at times this year and is winless in the league.

What to Know: The Rebels stumbled just one time this season, dropping a Region 5-AA contest to Heard County. The loss might have cost the squad a region title, but they have been on a roll using a potent offense and a stingy defense to defeat their opponents. Haralson County has outscored teams 253-105, including shutouts in non-region games against Manchester and Banks. Bremen will close out its regular season, trying to win for the third time in two weeks. Bremen’s 15-14 victory against Temple earlier this season is turning out to be huge since it assures the Blue Devils No. 4 seed and a spot in the playoffs.

Where to Find the Game: WKNG

What to Know: The Carrollton Trojans control their own destiny heading into tonight’s game against visiting Douglas County in the regular-season finale. A win will give the Trojans the Region 5-AAAAAA title because they would win all the tiebreakers. A loss would send the region 5-AAAAA standings into a tailspin. Before getting upset last week after Alexander put together a second-half rally, the Trojans had won five-games in a row. Douglas County comes into the contest, winning two of its last three games.

What to Know: The Lions come into the regular-season finale outside looking in when it comes to making the playoffs. When the dust settles, it could come down to tiebreakers as the Lions hope to secure the fourth-seed. First, however, they have to take care of business with a win over visiting Ridgeland. Both Pickens and Central are tied for the final playoff spot, but their game was not played earlier this year.

What to Know: The scenario is simple. A victory tonight against Callaway gives the Braves the region title and a No. 1 heading into the playoffs. After dropping three games in a row in the middle of the season, the Braves bring a two-game winning streak into the game,

This will be the Cavaliers’ third game in just over a week. Callaway played last Tuesday and lost to Haralson County and then recovered with a victory over Temple.

What to Know: The winner of tonight’s contest will secure third place in the region. With its victory last week, the Eagles snapped a two-game losing streak. B.E.S.T. Academy has lost two games in a row coming into tonight’s game.

What to Know: The Wildcats enter tonight’s game riding a two-game winning streak. A week ago, Villa Rica was scheduled to play against New Manchester, but the game was called off. The Wildcats head into the contest with just one region loss, a 32-21 loss to Chapel Hill. Tiebreakers may decide the order of finish heading into the playoffs since New Machester and Villa Rica each have just one region loss.