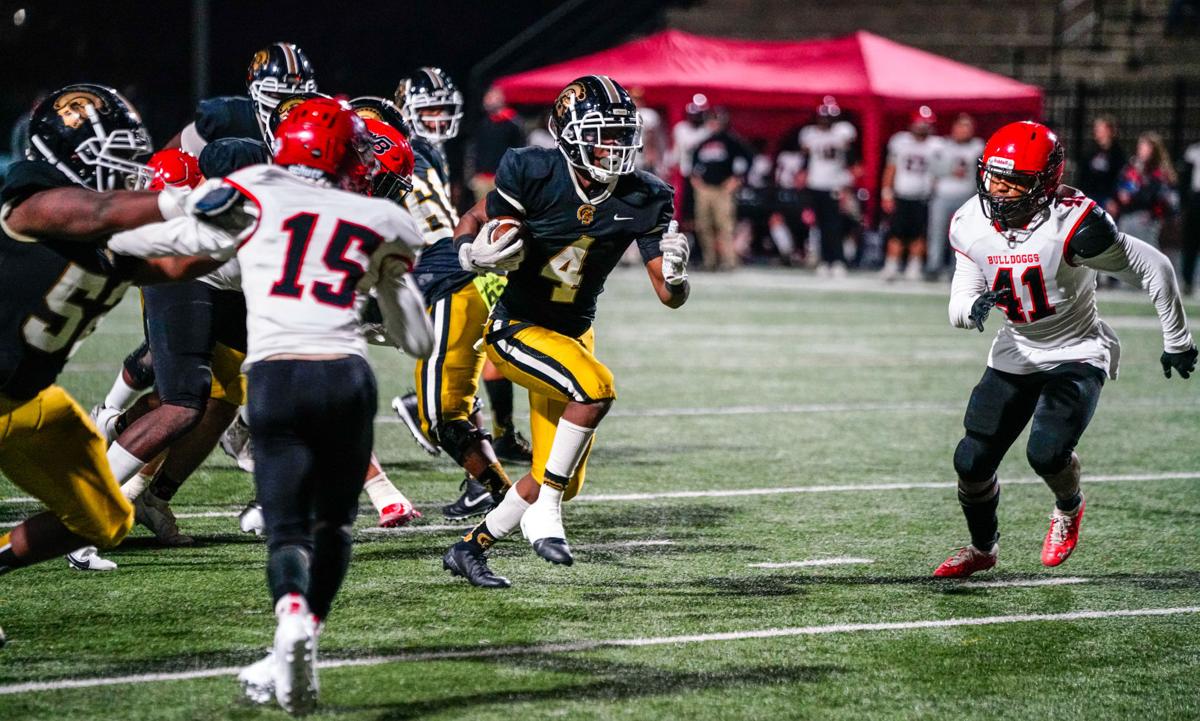 A scene from the first-round playoff match between Carrollton High School and Winder-Barrow High School on Friday are shown. 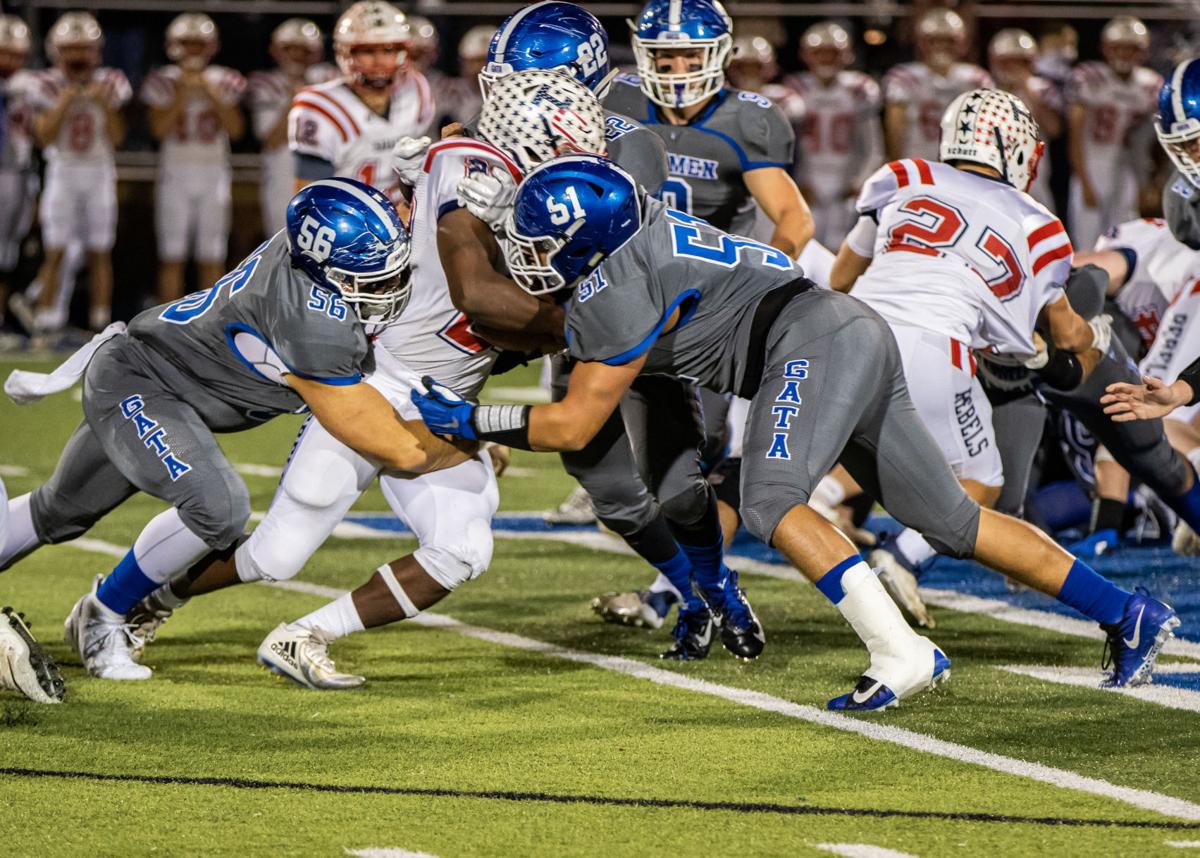 Above: A couple of Blue Devils make a defensive stop against Haralson County High School earlier this season. Left: Bowdon junior Gage Stephens carries for a first down. Above right: 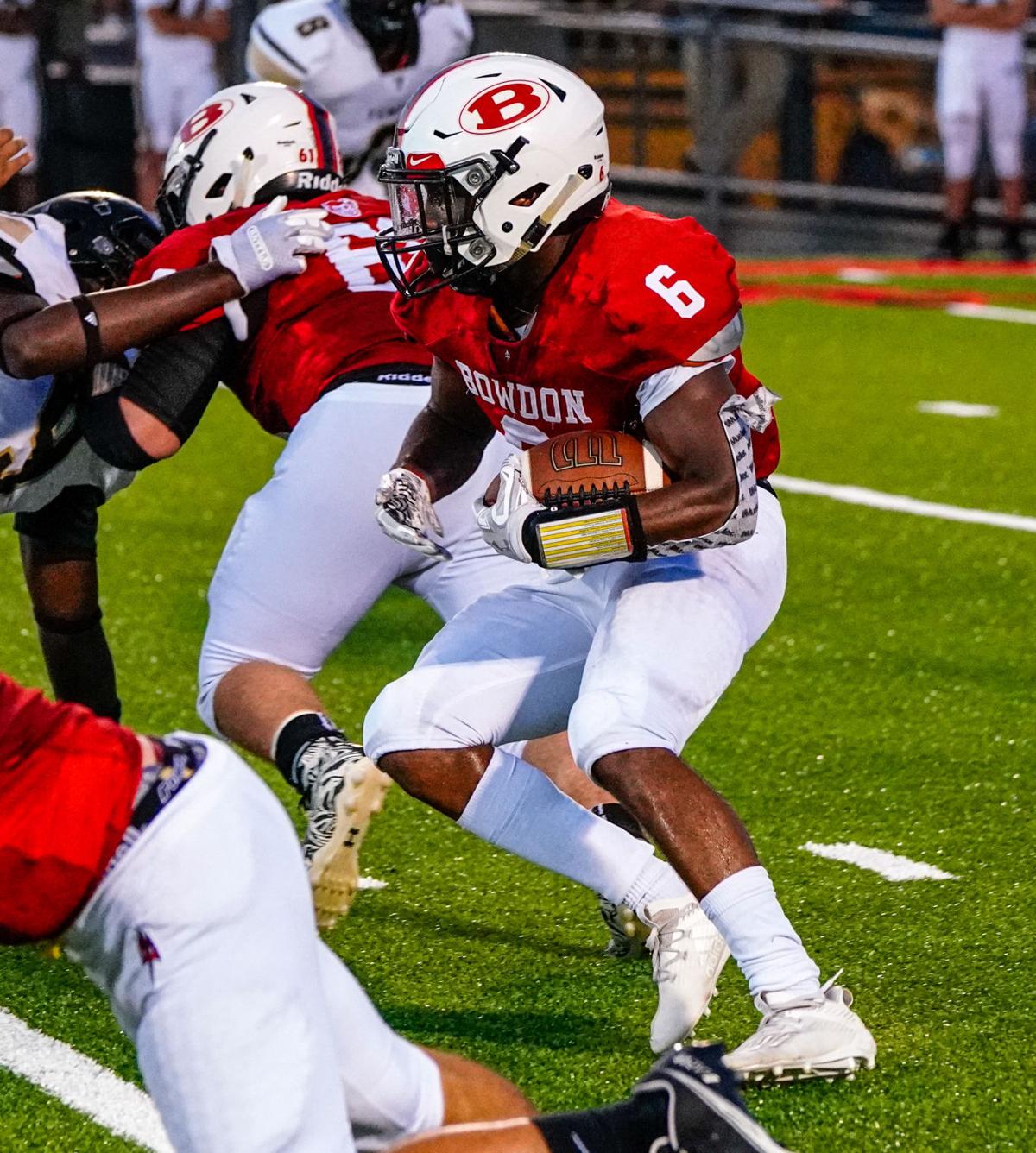 A scene from the first-round playoff match between Carrollton High School and Winder-Barrow High School on Friday are shown.

Above: A couple of Blue Devils make a defensive stop against Haralson County High School earlier this season. Left: Bowdon junior Gage Stephens carries for a first down. Above right:

The high school football season will continue into the second round of the Georgia High School Association playoffs for four local teams.

Carrollton, Bowdon, Bremen, and Heard County all got wins over the weekend to move to the Sweet 16 in their respective classifications.

But he season ended for Central, Mt. Zion and Haralson County after they suffered first-round losses.

Carrollton relied on big plays by the offense, defense, and special teams on their way to an impressive victory.

Carrollton scored all of its points in the first half.

David Johns had two interceptions for the Trojans, including one returned for a TD. Johns’ first interception of the game was also returned all the way over the goal line. A holding call took the touchdown off the scoreboard, but Carrollton still kept possession of the football.

Juan Carlos Nieves blocked a punt and scooped it up for a touchdown.

Keshawn Ridley rushed for two scores and finished with 93 yards.

Bremen 28, Elbert County 21: Bremen advanced to the second round of the Class AA playoffs with a dramatic victory on the road Saturday afternoon.

In a battle of Blue Devils, Tucker Hendrix scored with seconds left on a 5-yard run.

After a scoreless tie in the first half, the third and fourth quarters were shootouts.

Dilon McCoy scored on TDs of 76 and 38 yards to help Bremen put the game away.

Bremen moves on at play South Atlanta. No fans will be allowed to attend the game per Atlanta School District rules.

Bowdon 35, Wilkinson County 6: The Red Devils rolled up 432 yards, and the Red Devils took a 21-6 lead at the half to cruise into the second round.

Bowdon entered the playoffs as the Region 6-A champs.

Quarterback Robert McNeal passed for 205 yards and also picked up yardage with his feet thanks to some long gains.

McNeal had gains of 16 and 55 yards as part of his rushing totals.

He also threw a 33-yard TD pass to Trey Wyatt and a 35 yarder to Rodney Boatwright.

Bowdon improved to 8-4 overall and will play Washington-Wilkes in the second round of the playoffs.

Washington Wilkes advanced with a win over Taylor County.

Bowdon has won four of its last five games.

Heard County 31, Union County 28: The Braves jumped out to a big lead in the Class AA first-round playoff game on Saturday before holding off Union County’s rally attempt.

With the victory, the Braves head to the second round of the Class AA playoffs at Fannin County.

Fannin held on to beat Pace Academy in the first round.

French also connected on a 24-yard pass to Michael Whitten to give Braves the 24-17 halftime lead.

James Newell kicked a 22-yard field goal with eight minutes left in the game. He also was perfect on all of his extra points.

Warren County 60, Mt. Zion 14: The Eagles fell behind 46-0 and ended their season in the first round of the Class A playoffs.

Deven Reinhardt connected with Christian Terrell on an 8-yard pass and Dakota Browning scored on a 43-yard run.

Browning finished with 101 yards and a TD.

The Eagles finished the season with an 8-3 record.

Rabun County 35, Haralson County 7: Raburn County scored on four of their first five series and built a 28-0 lead at the half.

The Rebels scored their only points of the game late in the fourth quarter on a short run by Marc Harris.

Haralson ended its season with a 7-4 record.

Marist ended the game with its six shutout in nine contests.

The Lions finished their season at 6-4 with the War Eagles’ loss.