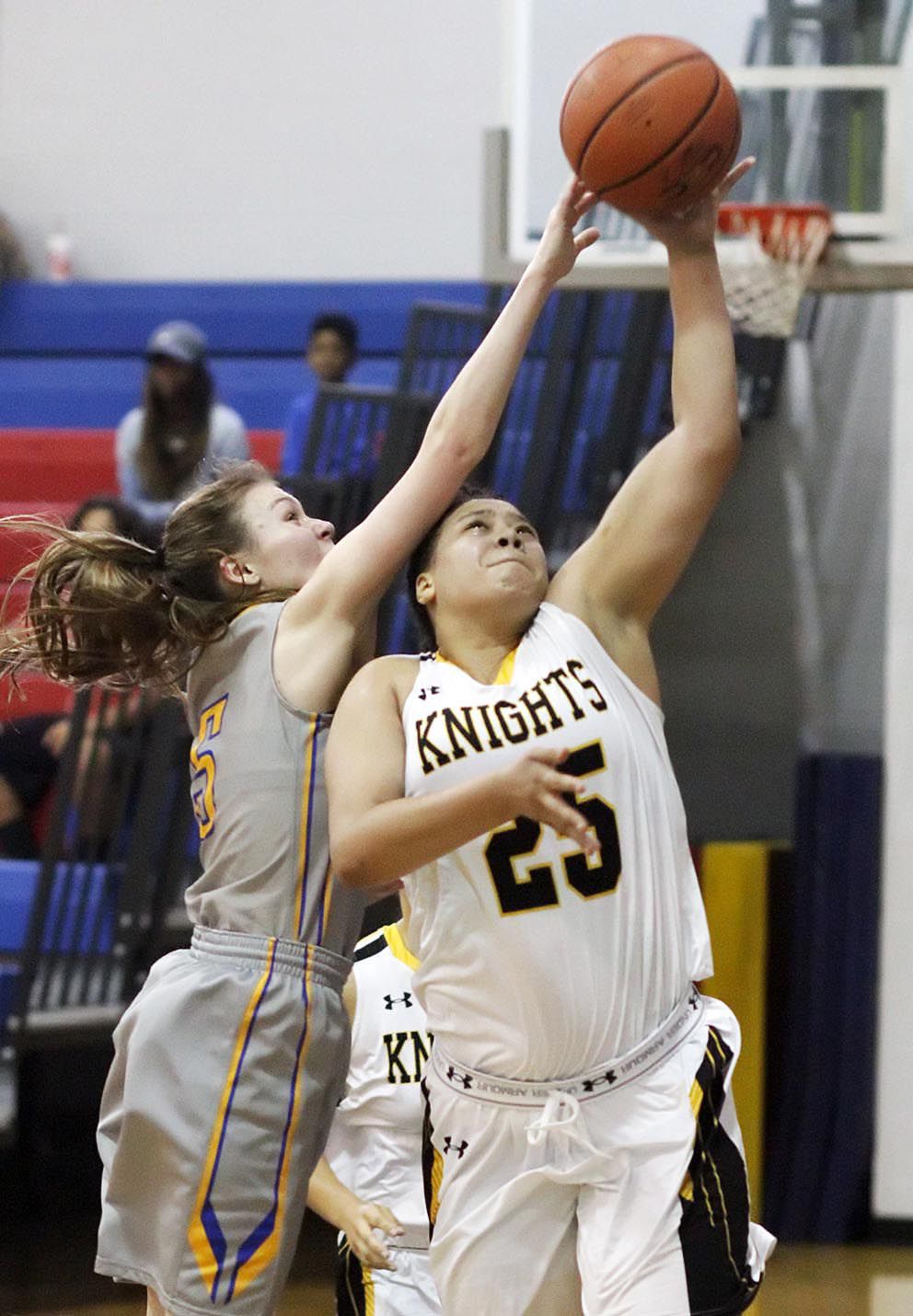 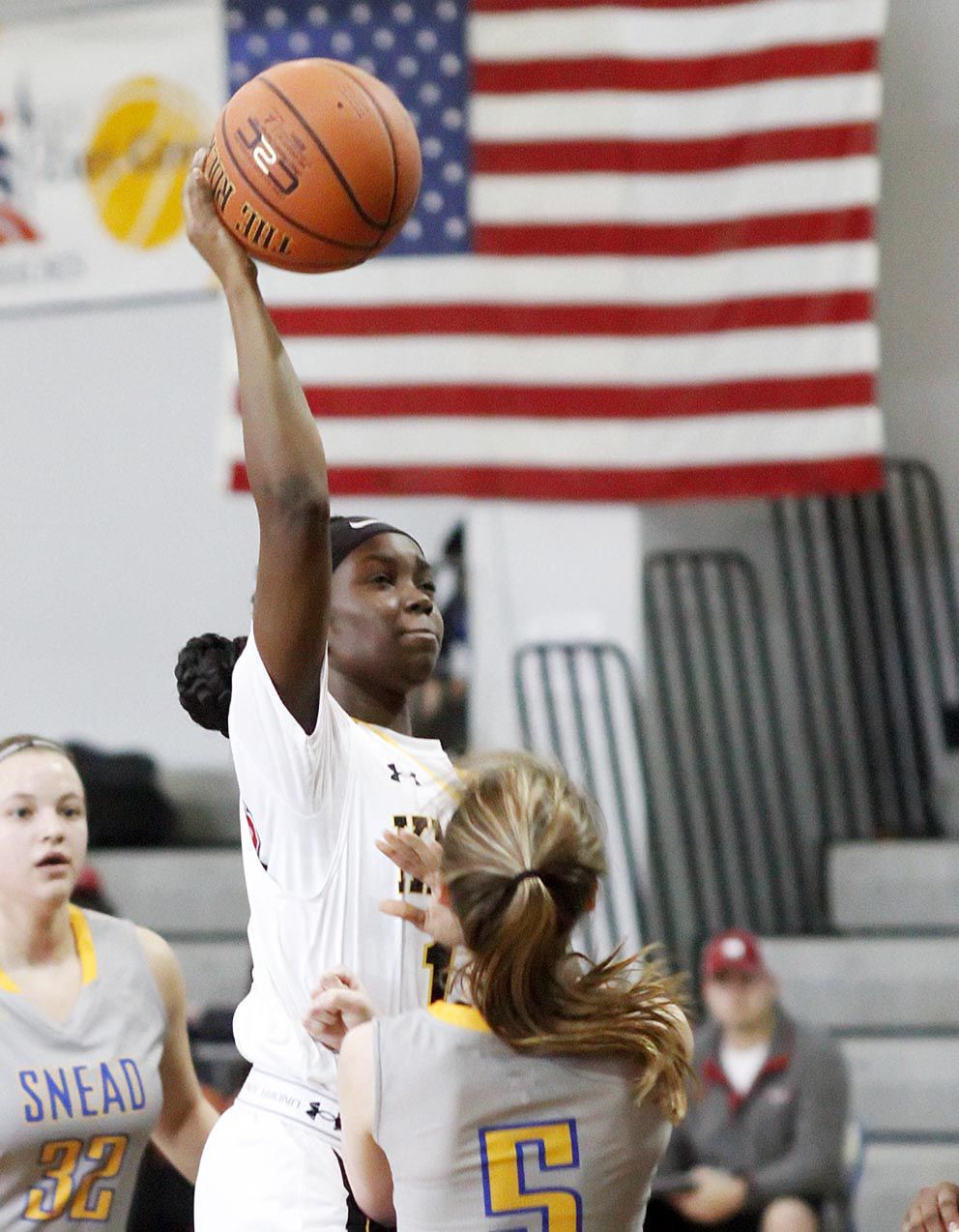 Sophomore forward JaNoah Daniels scored 10 points in Monday's game for the Golden Knights, most of them coming during a fourth-quarter rally where WGTC cut the Lady Parsons' lead from 26 down to 15. 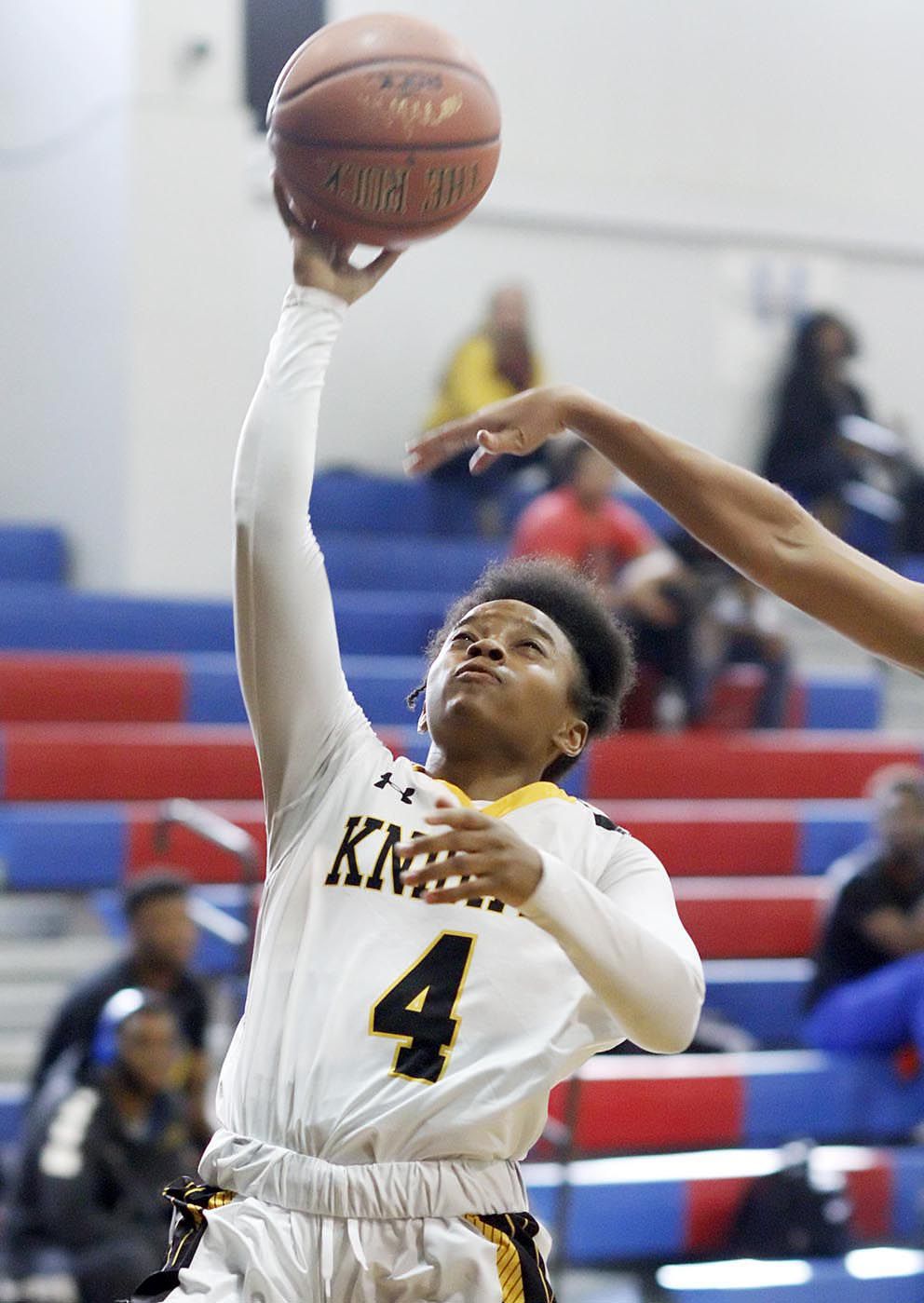 Carrollton High School product Faith Swint is one of four sophomores on a thin, young WGTC roster this season. The Lady Knights are currently 4-13, but all four of their victories have come against Division I GCAA programs.

Sophomore forward JaNoah Daniels scored 10 points in Monday's game for the Golden Knights, most of them coming during a fourth-quarter rally where WGTC cut the Lady Parsons' lead from 26 down to 15.

Carrollton High School product Faith Swint is one of four sophomores on a thin, young WGTC roster this season. The Lady Knights are currently 4-13, but all four of their victories have come against Division I GCAA programs.

Facing a roster twice its size, the West Georgia Technical College women's basketball team was overmatched from the opening tip on Monday afternoon.

The Golden Knights fell to Snead State Community College in a 66-51 decision in a non-conference contest at Oak Mountain Academy in Carrollton.

The larger, more experienced Snead State squad controlled the tempo for all 40 minutes in the Dr. Martin Luther King Jr. Day showdown, not allowing West Georgia Tech to pick up any momentum until late in the afternoon. After taking a 37-20 lead into halftime, the Lady Parsons would push their lead to as many as 26 points, completely outpacing WGTC.

But the Golden Knights (4-13) continued to battle as the combo of forward Anna Watkins and guard JaNoah Daniels willed the home team in the fourth quarter even with the game well in hand. The sophomore Watkins would finish as the team leader with 17 points and five rebounds. Despite the 15-point loss, first-year head coach Alford Williams came away impressed with how his squad battled against a scholarship team.

"What I'm seeing from this young team is that they will not quit," Williams said. "Snead had 14 young ladies on scholarship, while we have none. Any time seven players can give that many players on scholarship trouble is impressive. If you gave me a choice, given the circumstances but with more time and players, I'd choose West Georgia Tech every time."

Williams would further elaborate the minor statistical discrepancies in Monday's matchup and what it means for West Georgia Tech moving forward.

Jamarye Joiner, others back for Arizona; ASU missing several regulars for Territorial Cup

Notebook: Bowl options aplenty for Boise State with a week to go

"When you look at the fact that it was only a 15-point deficit, you realize what they pulled off," Williams said. "When you look at everything on paper, we shouldn't have been standing by halftime. Not only were we standing by halftime, we regrouped and made progress in the fourth quarter. The only thing we were doing against Snead was preparing for nationals later on. If you look at the quality wins we've had this season, we know we have what it takes to hang with anyone."

While a 4-13 record at this point of the season is not where anyone in the GCAA wants to be, it's understandable for the Golden Knights considering the number of young players on the paper-thin roster. After the game, Williams was quick to praise three of his team leaders, one of which being Carrollton's own Faith Swint.

"Victoria Kennedy provides the fire for the team," Williams said. "She's the smallest but moves like she's the biggest. Anna Watkins is the heart of the team. Without her, we don't move. Faith Swint is an excellent No. 2 guard and fills the gaps. The other players are young and learning. We're missing a couple of players that we'd wish we had right now, but we're going to work with what we've got."

With seven games remaining in the regular season, WGTC looks to finish on a positive note. For that to happen, it will come down to the young roster clicking and coming together at the right time.

"I have a grand total of three sophomores and four freshmen," Williams said. "They have their ups and downs, but they're a team that's still learning and coming together. Just based on their heart, I would choose us over anyone."