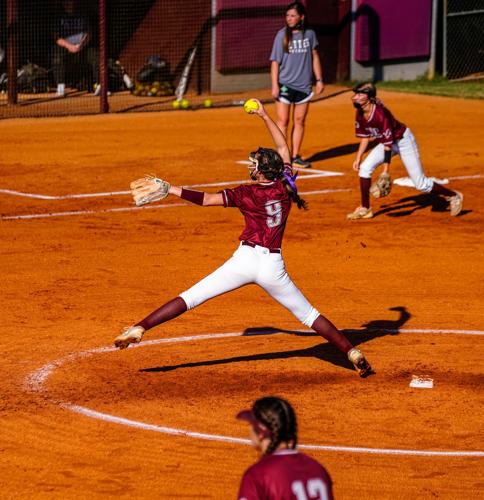 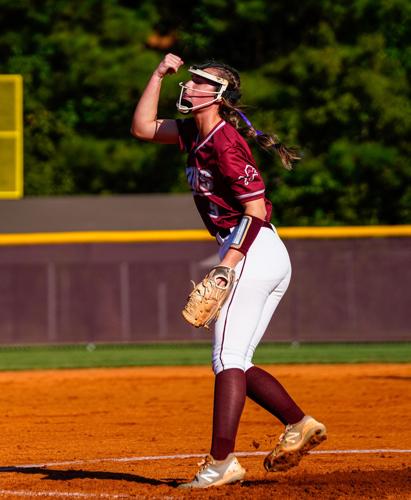 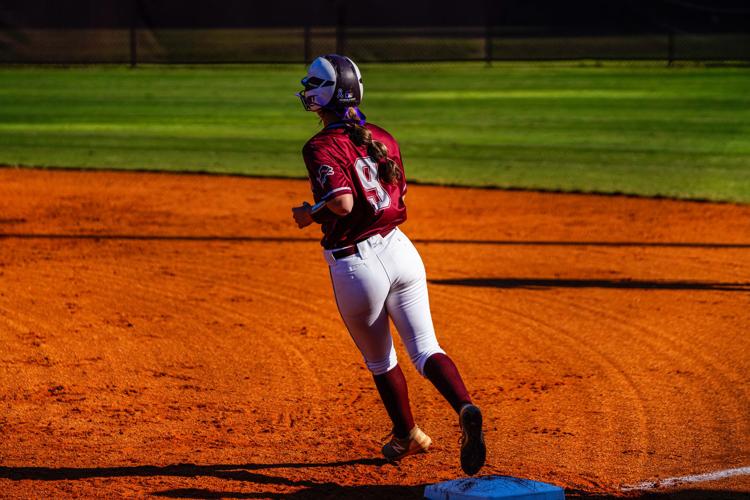 Editor’s note: This is the first in a series of profiles on local athletes. If you know of a high schooler currently playing fall sports who deserves a spotlight, please contact Doug Gorman at douggorman39@gmail.com and tell us why. Please include contact information for the individual.

Anyone who has watched Central softball player Karley Fuller work her magic from the pitching circle probably has probably thought she is an upperclassman ready to make her mark on the college game — maybe as early as next year.

That’s because she pitches with a level of maturity and skill that makes her seem much older.

Just ask opposing batters who have often gone up against her, only to have their trips to the plate end in strikeouts, easy ground outs, or pop-outs.

However, the college game is going to have to wait a little longer. After all, she is only a sophomore, with part of three seasons of high school action still in front of her.

In just two short years competing at the high school level for the Lady Lions, Fuller has already written an impressive resume littered with successes. That includes helping the Lady Lions to the Class AAAA Elite 8 tournament in Columbus.

Although the trip to the Elite 8 was short-lived, after back-to-back losses to LaFayette and Marist in the double-elimination event, Fuller’s ticket to a bright softball future was stamped.

“It has been a great experience so far,” she said.

So much so, she is already getting plenty of notice from college scouts who are anxious to someday sign her to a letter of intent.

Fuller’s goals are crystal clear on and off the field.

“I want to play for an SEC school,” she said. “That has been my goal since I was little and first started playing the game.”

She is also thinking ahead to when her playing days are over.

“I want to do something in the medical field,” she said.

However, that’s years down the road since she has a whole lot of softball still to be played.

Fuller’s softball journey actually began on the baseball field as a young child when she played on coed recreation teams. After making the transition from the baseball diamond to the softball field years ago, she established herself as both a standout pitcher and a solid hitter.

One person who is glad she’s not ready just yet to head off to college is Central head softball coach Dave McKenna.

“We’ve got her for the rest of the year and the next two years, and she is only going to get better,” he said. “The next couple of seasons are really going to be special.”

Fuller is quick to point out how grateful she is to have support from her talented teammates.

“We all have each others’ backs,” she said. “When I go out there to pitch, I know I have a great defense behind me.”

The Lady Lions are about to hit the final week of the season with region and state tournaments in their future.

Central headed into this week’s action with a 19-6 record.

In the team’s recent 8-0 victory against Pickens, Fuller earned the shutout with a four-strikeout performance. She also showed why she is the complete package after putting up impressive numbers at the plate.

Fuller, who bats in the No.2 spot in the lineup, had three hits and two RBIs to help her team to the victory.

Some of her more impressive highlights also include back-shutouts against Northwest Whitefield, where the Lady Lions sailed to 8-0 and 12-0 wins.

In the 12-0 victory she tossed a shutout she struck out seven in a game called after four innings by the mercy rule.

She also pitched a no-hitter and helped shut out Ridgeland.

COVID-19 has changed life for everyone over the last eight months, but for Fuller it’s also put things in proper perspective.

“It was hard not being around my teammates when this first happened, but now it is just great to be able to play again,” she said.

One thing the pandemic hasn’t done is change Fuller and her teammates’ goals for the 2020 season.

“I think we are good enough to win it all this year,” she said.

Goals after high school: “My dream has always been to play for an SEC school and to get a good education.”