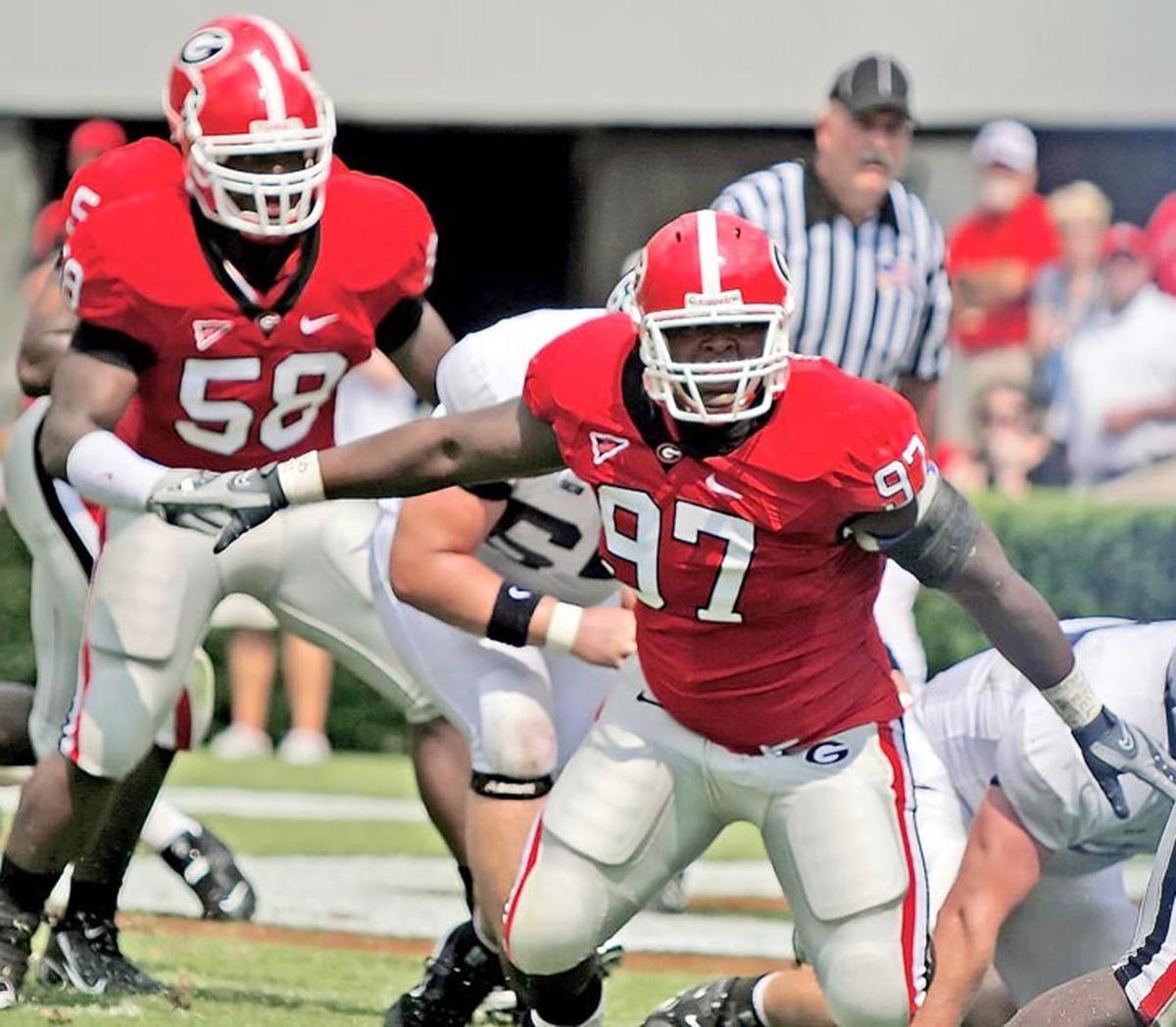 Former Haralson County and University of Georgia standout Brandon Wood is preparing to host the first-ever Brandon Wood "FINISH" Skills and Position Camp on June 3 at Taylor Memorial Stadium in Tallapoosa. Registration is already underway for the camp. 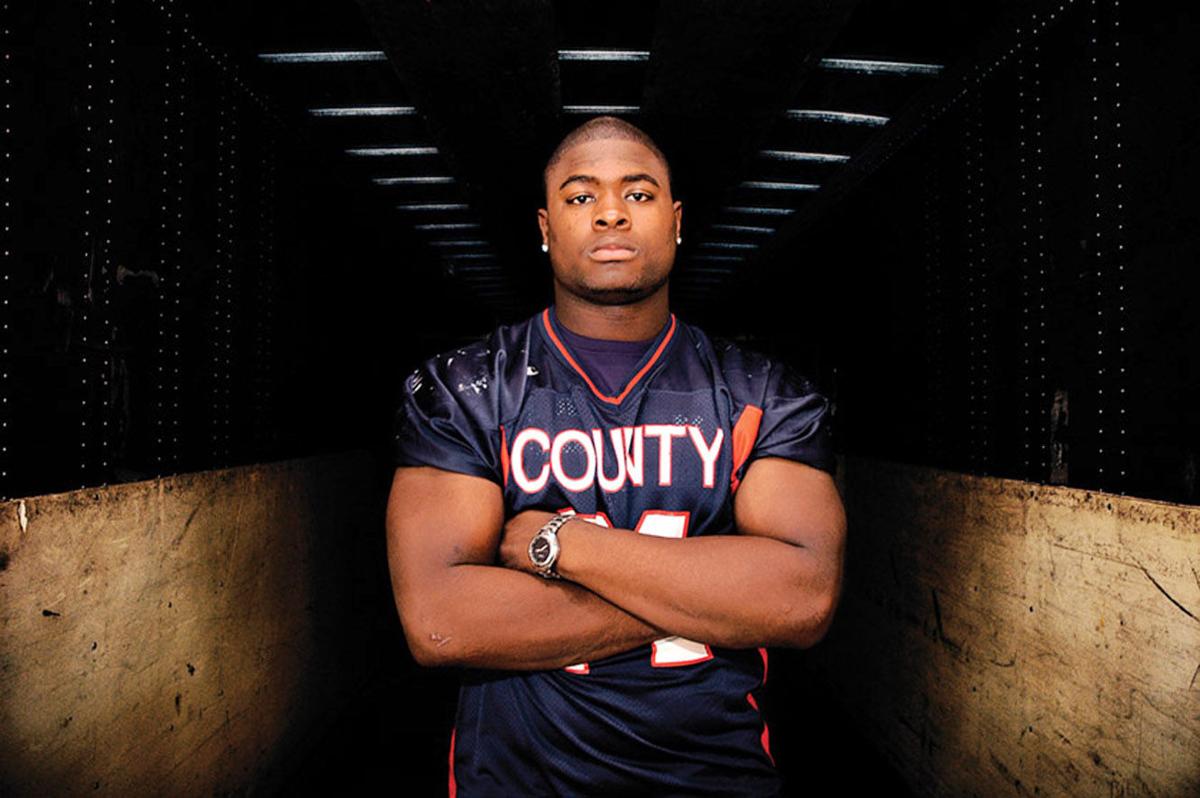 Brandon Wood is looking forward to giving back to his community by hosting a football camp in his native Haralson County in early June. The former Rebel and UGA standout will have several former collegiate and NFL players on hand to help run the camp, which is for rising sixth through 12th-graders.

Former Haralson County and University of Georgia standout Brandon Wood is preparing to host the first-ever Brandon Wood "FINISH" Skills and Position Camp on June 3 at Taylor Memorial Stadium in Tallapoosa. Registration is already underway for the camp.

Brandon Wood is looking forward to giving back to his community by hosting a football camp in his native Haralson County in early June. The former Rebel and UGA standout will have several former collegiate and NFL players on hand to help run the camp, which is for rising sixth through 12th-graders.

Brandon Wood had been contemplating a way to give back to his community for some time now.

And the former Haralson County High School and University of Georgia football standout realized the timing was right to put on a star-studded event this summer at his former stomping grounds of Taylor Memorial Stadium in Tallapoosa.

"It never really hit me hard until the last camp that I did, the Aaron Murray Camp a few months ago. At the camp, I was sitting there thinking and something just came on me in my spirit. I was just like, 'You know what, this is something you can do in your community that's never been done in the west Georgia area.' It's just like God put it in my spirit and just said, 'Hey, you can do this,'" Wood said.

"I guess it was just that timing. It was brought to my attention actually a few years ago, that, hey you should do a camp. But it was one of those things, a timing thing that it seemed like this time was the right time to do it. I talked to a few people, I talked to my mom and they were like, 'Yeah, do it. This will be really good for the community.'"

Upon getting everything organized, the former Times-Georgian Defensive Player of the Year and all-state performer put the wheels in motion for the Brandon Wood "FINISH" Skills and Position Camp, which will be held on June 3 from 9 a.m. to 1 p.m. for rising sixth through 12th-graders from the entire west Georgia area.

Wood said a handful of the former local guys such as Brown, one of the all-time Carrollton Trojan greats, and Shackleford of Villa Rica, along with his fellow Rebel, Poole, were the most excited about the camp.

"The people that I asked, it was no problem. They were up to do it and ready to help me out. They were all about what it was for and to give back to the community. I actually talked to Reggie Brown and we talked about it and he's real excited about it," Wood said. "So it's something that a lot of the guys like Ken Shackleford from the area, they were like this would be real good for the community and all of west Georgia. This isn't just for kids from Haralson County, where I'm from. I wanted it to be for the whole west Georgia community."

Having all these former and current talents at one location will make for a special event, where the young players can hear testimonies and understand what it took to fulfill their gridiron dreams.

"That's what's really going to sell the camp is you're dealing with former Georgia players, guys that played at the second level and even former NFL players and current NFL players. Being able to interact with these guys and hearing their stories and getting to learn from these guys on how they made it to where they're at," Wood said.

"It really opens their minds up because not everybody at this camp is going to earn a scholarship to play football at a high level or go to the NFL, but I feel like it's a way to bring local schools together to see where you measure up against other guys from your area. We're actually going to give awards for top middle schooler and top high schooler and stuff like that. It's really another way to compete before you transition into fall camp."

And while there will be some big names on hand, Wood said this camp is not about coming in to get autographs or photos. He stressed the campers better be ready to work.

"We're looking for up to 300 kids from middle school and high school. It's a great opportunity to be around some of the top athletes from in the country and in the NFL," Wood said. "It's a four-hour camp and we're going to work. It's not going to be a fanfare thing. It's going to be about guys coming together to learn and get better and learn how to finish."

Cost of the camp is $50 if you register by April 15 and $75 after April 15. All registration is non-refundable. Registration can be completed at www.BrandonWoodFootballCamp.com. Campers will receive a T-shirt, water bottle and towel, along with a poster with autographs from the coaches on hand. The camp will be held June 3 from 9 a.m. to 1 p.m. for rising sixth through 12th-graders at Taylor Memorial Stadium on the campus of Haralson County High School.