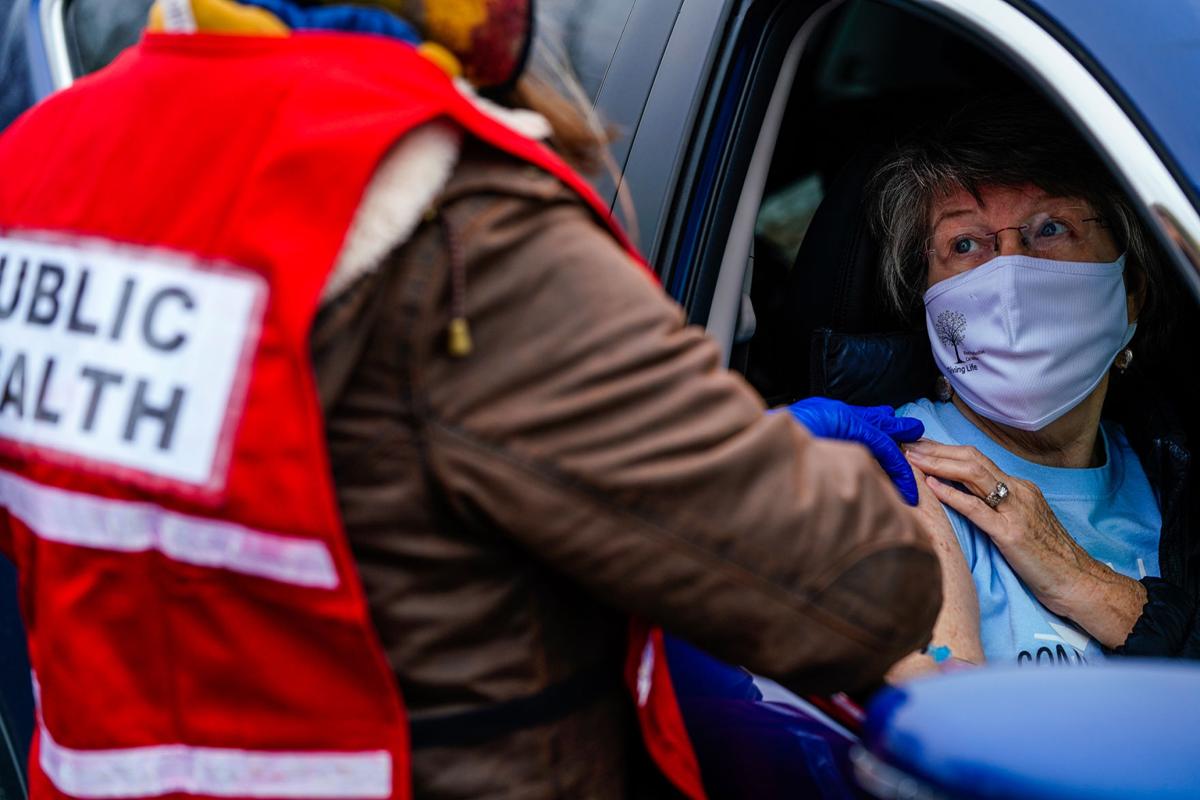 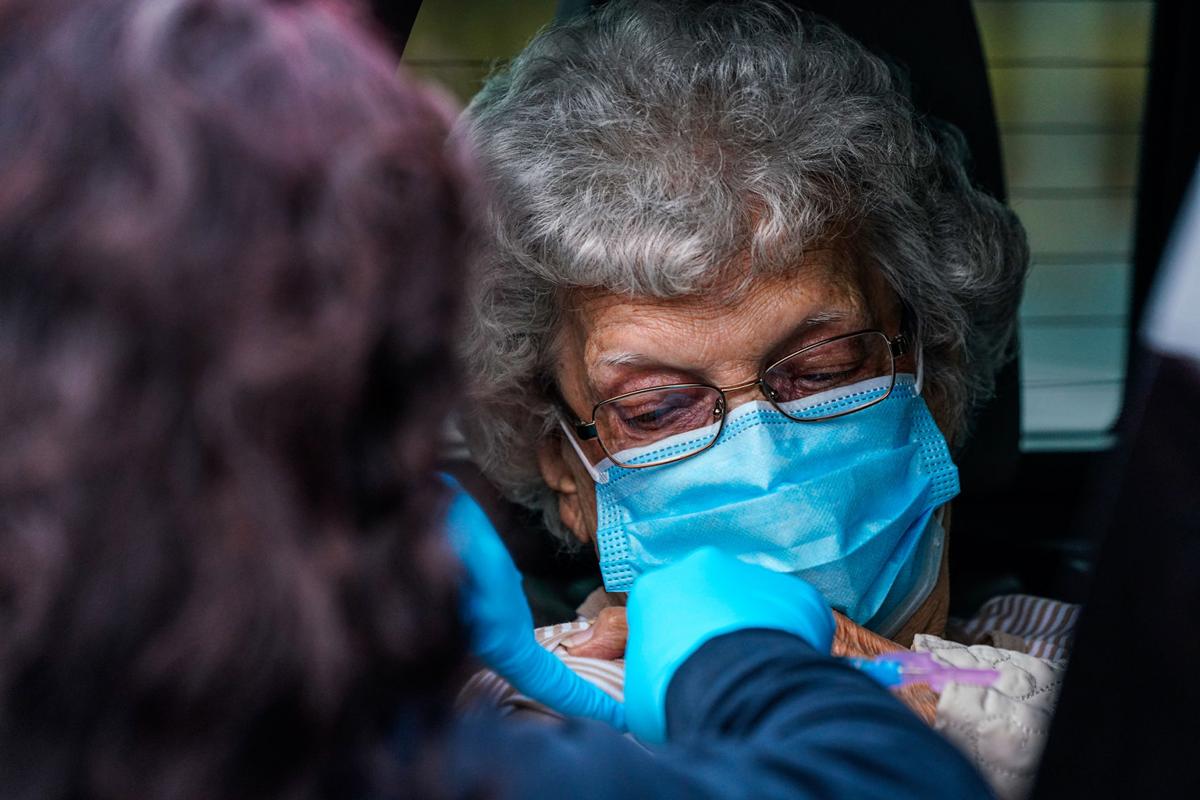 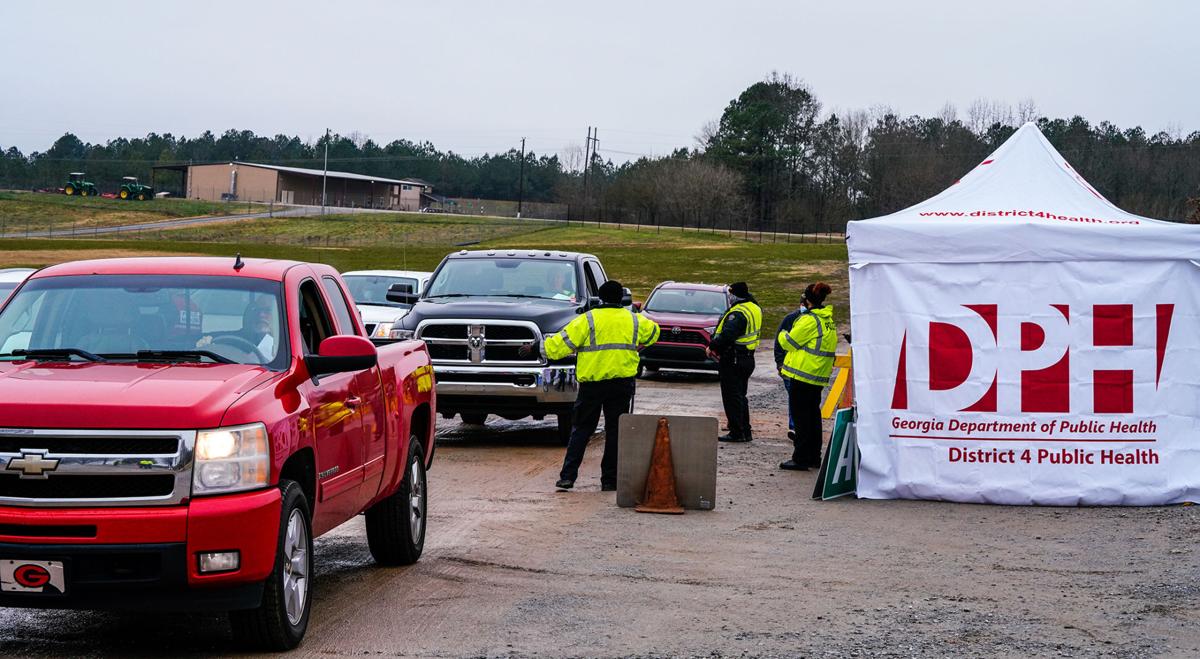 Authorities direct traffic as people sign-in for the Georgia Department of Health’s coronavirus vaccine rollout for Carroll County citizens on Monday at the University of West Georgia stadium parking lot in Carrollton. 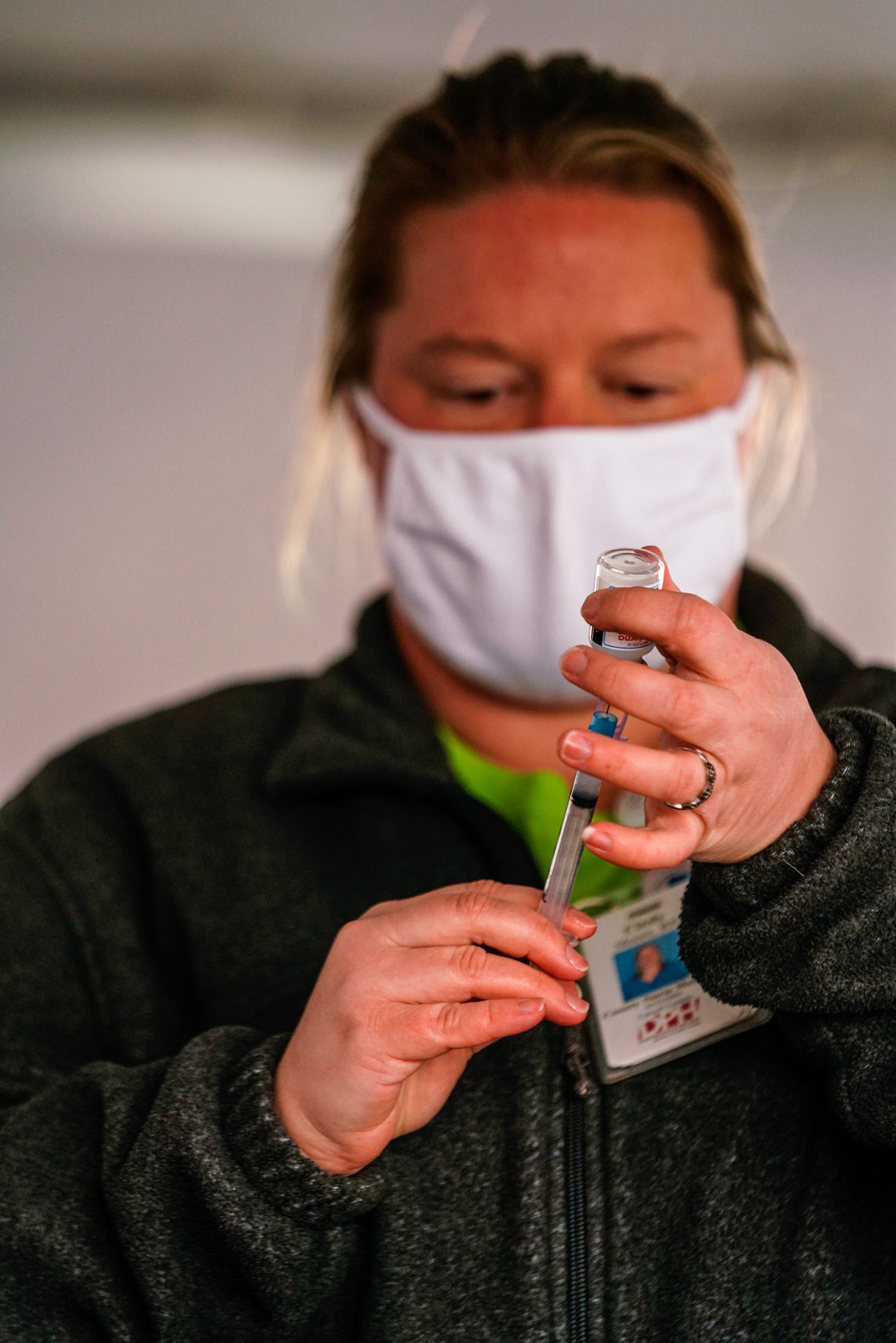 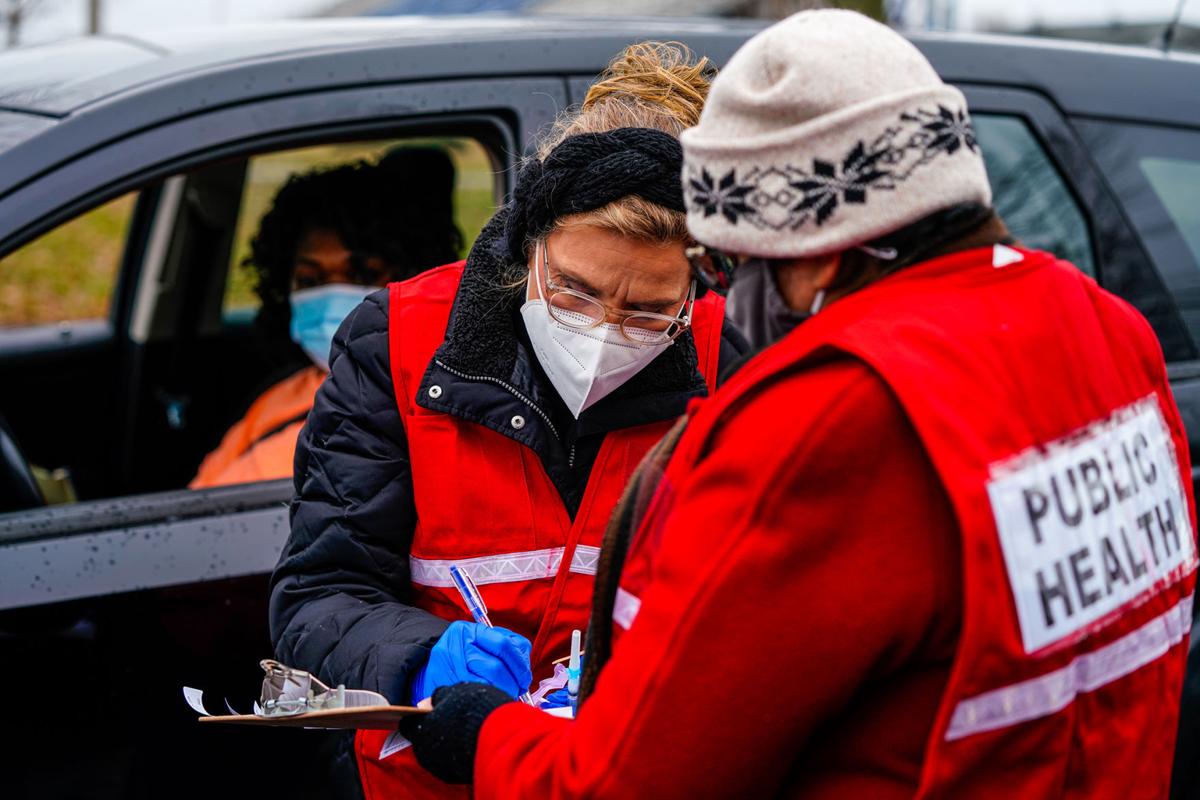 Volunteer Nurse Kitty Peecher writes down notes before administering the vaccine to the Selena Stephens, inside the vehicle.

Authorities direct traffic as people sign-in for the Georgia Department of Health’s coronavirus vaccine rollout for Carroll County citizens on Monday at the University of West Georgia stadium parking lot in Carrollton.

Volunteer Nurse Kitty Peecher writes down notes before administering the vaccine to the Selena Stephens, inside the vehicle.

For those who had an appointment, Arreguin said she believes it went well. After confirming their name on the list, patients were directed to a vaccine station, where health officials were ready with syringes of the Moderna vaccine.

As they were given their vaccine, an administrator was there to hand them their vaccine card, which would say which vaccine they received and when they needed their second dose.

After that, they were directed to a parking lot to wait 15 minutes in order to monitor the after-effects of the vaccine.

For those who did not have an appointment, they will have to wait for another shipment.

District 4 spokesperson Hayla Folden said that as of Tuesday afternoon, officials are “not exactly sure yet” if there will be a waitlist to sign up for or not.

But moving forward, Arreguin said that she expects things to run even smoother now that this first event has been completed.

“I mean honestly, I think moving forward it’s going to go a lot smoother. Anytime we have that first event, we’re trying to figure things out,” said Arreguin. “We’re still learning as we’re doing it.”

The Times-Georgian received numerous communications regarding the confusion surrounding the vaccine distribution. Over the weekend, the online forum to sign up for an appointment was removed due to how quickly the slots filled up.

“I think that’s going to minimize people showing up without an appointment,” said Arreguin.

Statewide, hiccups were felt on distribution as Gov. Brian Kemp said Tuesday that officials could be better about communication and data reporting, as he believes that they are under-reporting data.

“Local health departments are receiving high volumes of requests. With very limited appointments, phone systems as you can imagine are busier than ever,” said Kemp, speaking in Atlanta.

Demand is high in some areas for the vaccine and Kemp said that he is committed to helping local health departments keep up.

Kemp said that as of Tuesday, Georgia has administered 24.48% of the vaccines delivered to the state by the federal government and that the state now has the capacity to administer 11,428 doses of the Pfizer and Moderna vaccines per day.