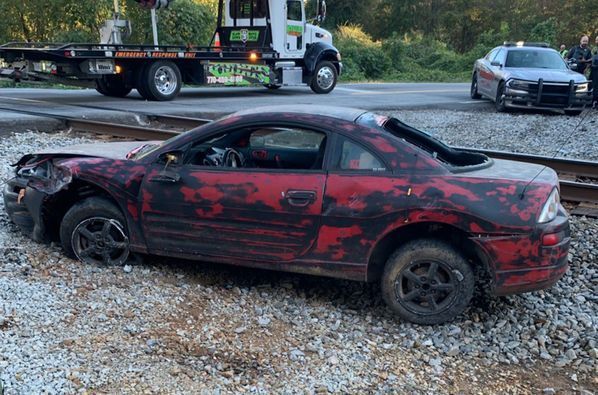 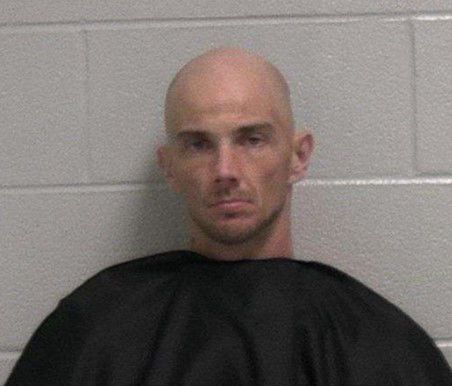 A Carroll County sheriff’s deputy escaped injury Monday when his patrol car collided with another vehicle during a high-speed chase.

Afterward, the Temple man driving the other vehicle was charged with possession of illegal drugs.

Steven Vaughn, 32, was charged with aggravated assault on law enforcement, trafficking methamphetamine, possession of heroin, possession of Schedule IV drugs, fleeing and attempting to elude, improper exhaust, suspended license, two counts of failure to report an accident, expired tag, reckless driving, driving too fast for conditions, driving on wrong side of roadway, failure to stop at a stop sign, and improper passing on the left.

And authorities said Tuesday that additional gang charges are pending.

Deputies say they saw a hand-to-hand transaction involving illegal drugs take place Monday in the parking lot of a gas station on the corner of North Van Wert Road and Highway 78.

According to a sheriff’s office report, the deputies on-scene then alerted other deputies and provided them with vehicle descriptions, one of them being a red Mitsubishi Eclipse.

Once deputies made contact with a vehicle matching that description, they say they saw several traffic violations, and attempted to conduct a traffic stop.

However, the driver, later identified as Vaughn, fled from the deputies.

During the pursuit, deputies say Vaughn turned his vehicle around after meeting one of the deputies, and intentionally struck the deputy’s patrol car.

Another deputy was able to perform a Precision Immobilization Technique (P.I.T.), which resulted in Vaughn’s vehicle leaving the roadway and rolling over the railroad tracks before coming to a rest on North Van Wert Road.

According to the report, Vaughn was not injured, but refused to come out of the vehicle. And deputies say that he would not comply with their commands.

Once Vaughn was safely extracted from the vehicle, deputies say they found approximately 142 grams of suspected methamphetamine, one gram of suspected heroin, and drug paraphernalia.

Vaughn was then taken to the Carroll County jail without further incident. As of Tuesday, Vaughn is still in jail. His bond has not been set.

Authorities told the Times-Georgian on Tuesday that the case remains active and ongoing. Further investigation is underway to identify the other individual(s) involved in this incident, said a sheriff’s office spokesperson.

Vote for your Mike Bell Chervolet Player of the Week!

Recipe of The Day