Those attending Tuesday night’s Villa Rica City Council meeting wore face coverings in accord with an executive order by Mayor Gil McDougal. The order requires masks in public buildings to protect city employees from spread of the coronavirus. 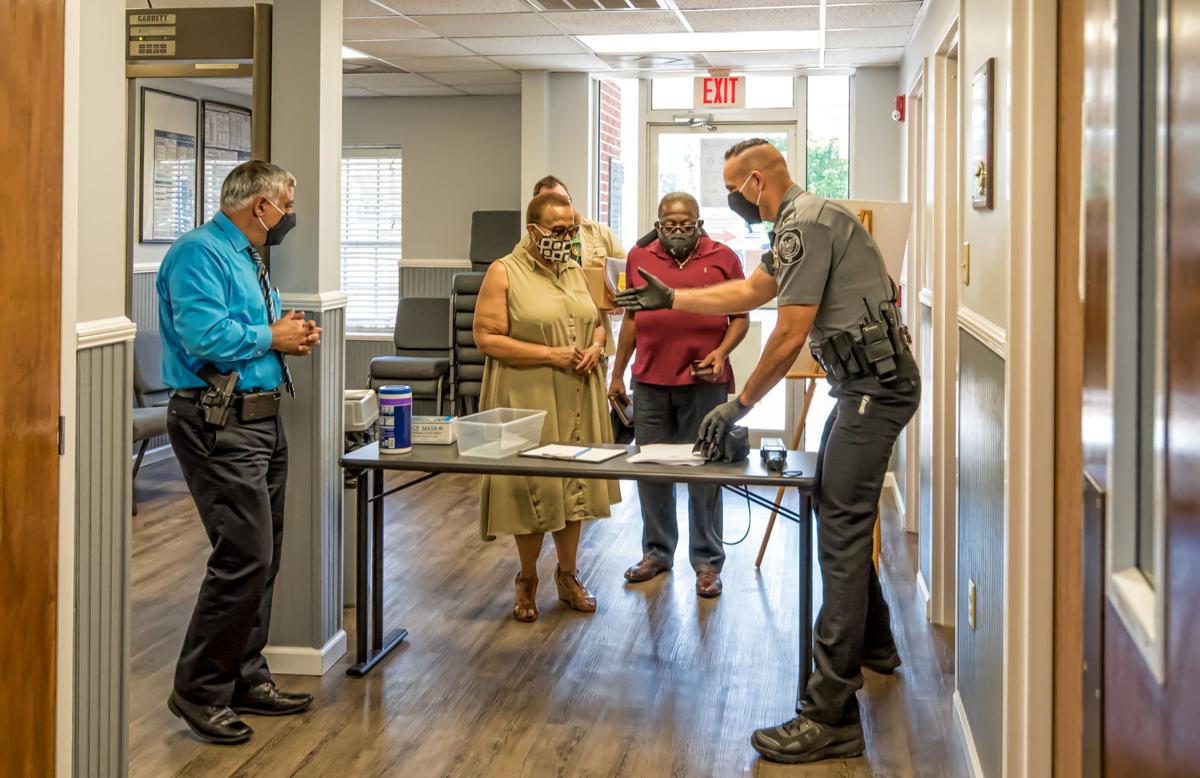 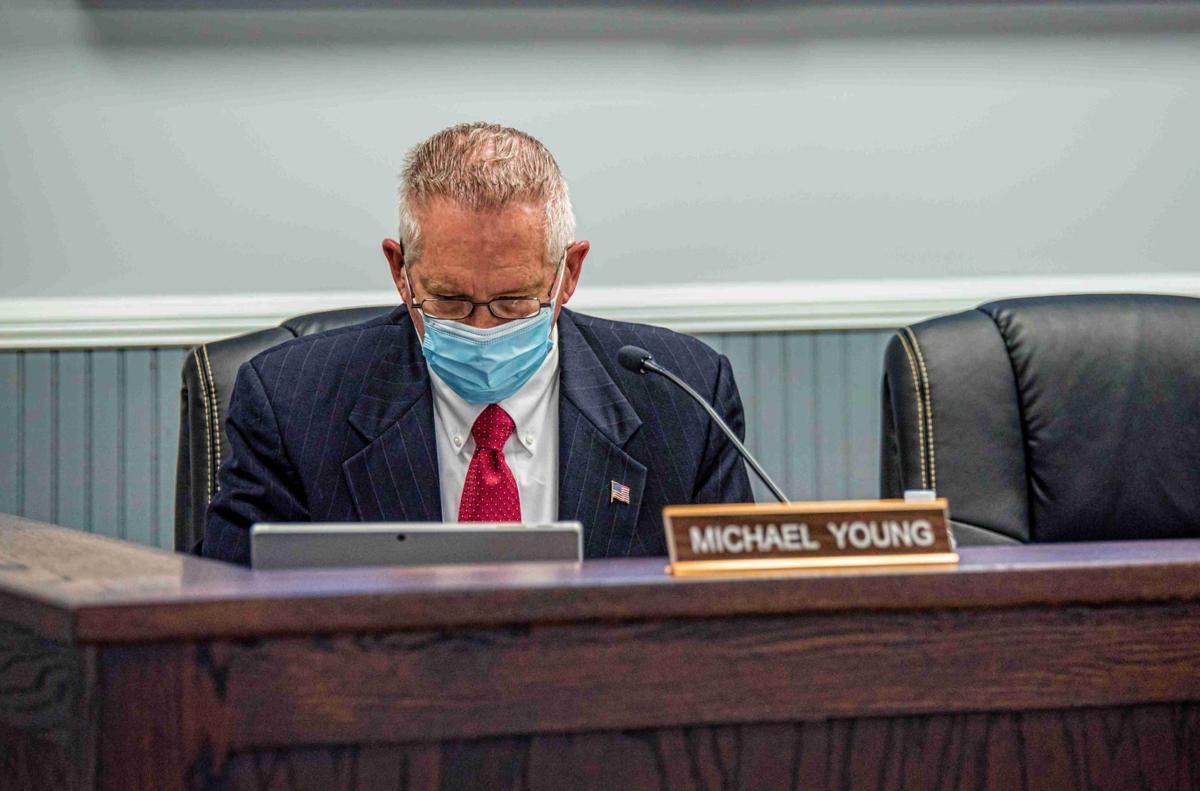 Those attending Tuesday night’s Villa Rica City Council meeting wore face coverings in accord with an executive order by Mayor Gil McDougal. The order requires masks in public buildings to protect city employees from spread of the coronavirus.

On Monday, a citywide order went into effect requiring face masks for all Villa Rica employees and visitors to city-owned buildings as a measure to combat the spread of COVID-19.

One of the first tests of that order occurred Tuesday when the City Council held its July council meeting, which was also the first time since the pandemic began that the meeting was open to the general public.

The order, which was announced last week with an executive order signed by Mayor Gil McDougal, was not without controversy. Other Georgia cities have issued similar orders in an apparent challenge to the authority of Gov. Brian Kemp, whose own orders not requiring face coverings supersede those of local governments.

But McDougal has said that the intent of his order was to protect city employees, at least two of whom have been infected by the virus. In one of those cases, an entire city department was shut down for a week because the co-workers of an infected employee were ordered into quarantine.

One of the critics of McDougal’s order was Ward 4 Council Member Michael Young, who reiterated his objections during Tuesday’s city council meeting. Yet despite his objections, Young appeared at the council meeting wearing a mask and said he had “no desire for my disagreement with the mayor to cause a spectacle.”

Young restated some of the same reasons for his disagreement that he had made at a July 9 council work session. Those reasons were based on what he called the unproven efficacy of face masks to prevent the spread of the virus.

Young pointed out that early in the pandemic, such authorities as the U.S. surgeon general, the New England Journal of Medicine and Dr. Anthony Fauci, director of the National Institute of Allergy and Infectious Diseases, had all discounted the effectiveness of cloth face coverings. But authorities “changed their tune,” later during the pandemic, Young said.

Neither the science behind respirators and masks or the transmission of viruses had changed, Young said. “So, what did change? The politics, not the science.”

“The experts have either lied to us or been mistaken — over and over. We should trust them now, based on their record?”

During the meeting, spectators were required to continue to wear their masks, but could remove them if they stood to speak during public comment. Council members were also allowed to remove their masks since they were sitting at a social distance from the spectators.

A mandatory masking order went into effect last week in Atlanta, and similar orders are also in effect in Savannah and Athens. But while those orders are seen by some as a challenge to Kemp’s authority, McDougal said his concern was for the health and safety of those who work for Villa Rica.

McDougal announced during the June 9 work session, explaining that as an employer, the city has a responsibility to protect its employees.

During Tuesday’s council meeting, McDougal said his reliance on face masks was based on the advice given by the Centers for Disease Control and Prevention, which favors face coverings in the absence of a vaccine for the virus.

“I know that there are agendas somewhere,” McDougal said. “They are not mine. Mine is simply about protecting the employees in the city of Villa Rica. And that is a special duty that we have here. And while this (face masks) may not be 100% effective — it may not be 50% effective, I don’t know — what I do know is it seems to be the only thing that has any chance of slowing the spread of this virus, and that’s why we’re doing this.”

He noted that the CDC’s information does not say masks are “100% guaranteed” to prevent the disease.

Also, all residents who come to public buildings — such as to transact business at City Hall — must also wear face coverings.