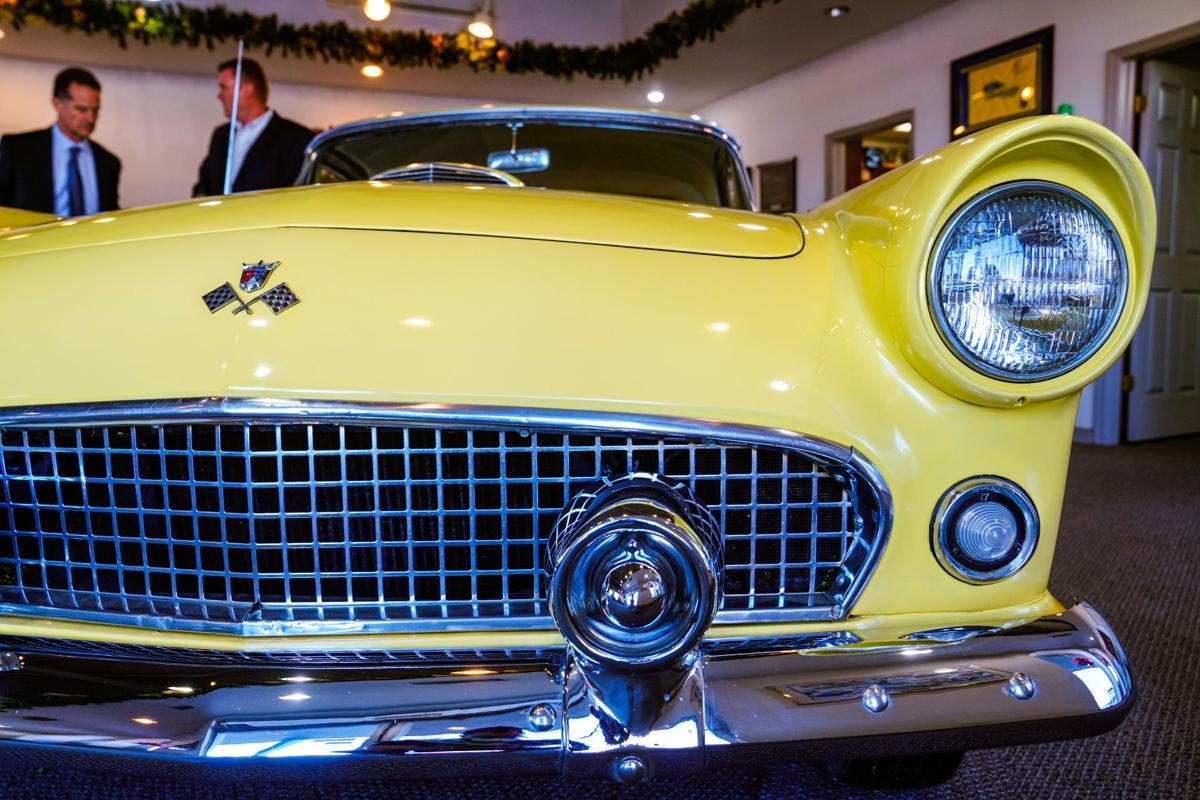 A Ford Thunderbird sits inside the Don-Rich Ford showroom in Villa Rica. 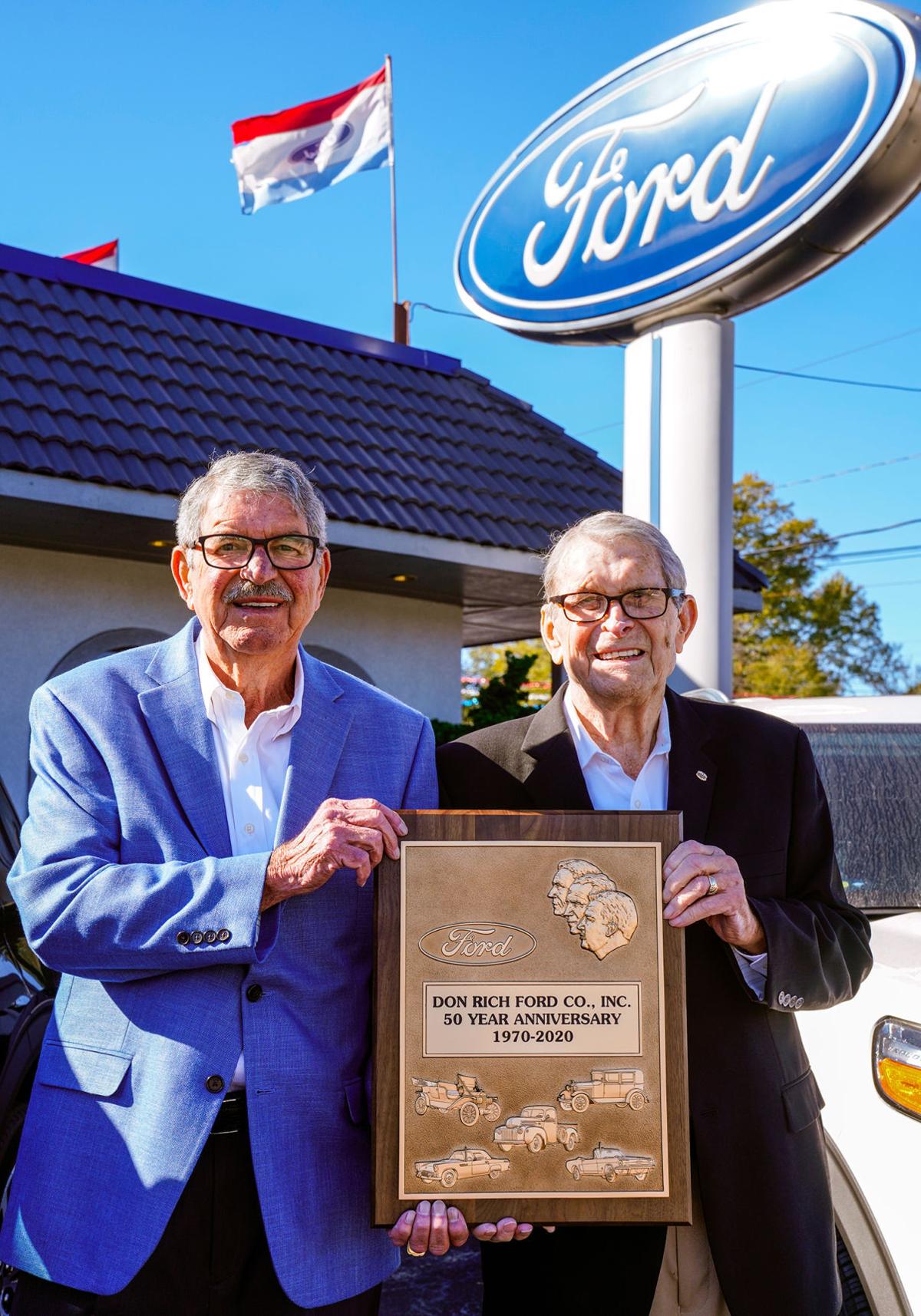 A Ford Thunderbird sits inside the Don-Rich Ford showroom in Villa Rica.

Donald and Richard Smith started Don-Rich Ford in 1970, when the average cost of a new vehicle was around $3,500 and a gallon of gas sold for 36 cents.

Since the day the two opened their doors, the business has been run pretty much the same although times have changed. Richard said. He said that he and Donald have “never really been in a bind” and the Villa Rica business has been steadily growing since the beginning.

The dealership is celebrating 50 years in business, and was honored last month by the Ford Motor Company for that milestone.

The duo got their start in the automotive industry in the early 1960s at a Ford dealership owned by Jack Head on Maple Street, near the Maple Street Mansion, the Smiths said. After Head died, the two worked for the next car dealer for a while before Richard relocated to Villa Rica.

“After that, we left him. I came up here and I worked for Roy Richards then,” Richard said. “I came up and ran this dealership with him, and Donald stayed down there and ran that dealership there.”

Richard relocated to Villa Rica in 1967 and worked for Richards for three years. Ford Motor Company “really wanted” Richard to buy the Villa Rica dealership, but Donald and Richard could not afford to purchase the business.

Richard convinced Donald to put his house up for sale because it was paid for, Donald said, and said that the first person to look at it bought it. Donald then built a new house in Sandhill, and he said the two brothers came in with more money than Ford Motor Company wanted for the dealership.

With an additional $40,000 borrowed from the bank, the two bought the dealership and split it 50-50, Richard said. The business was incorporated, he added, and the Smiths enlisted the help of Jimmy Garrett, a certified public accountant in Carrollton.

Richard noted that, today, Ford might require a new dealer to have $1 million on hand to buy a dealership.

“It was tough back in those days, and we had two or three recessions in that time,” Richard said.

The two owners have faced challenges in their 50 years, such as the 1973-1974 OPEC embargo of oil to the United States, Donald said. This crisis resulted in gas prices going through the roof and quadrupling, according to the History Channel website.

“We had two good years, and then that hit,” Donald said. “Our dad said, ‘we have done good, but don’t think there won’t be rainy days ahead.’ He said if we make good money, we better hold on to some of it. That’s where we got our information from back then.”

Donald said the business has never had a month where the dealership has lost revenue, even during the Great Recession of 2008 and this year’s coronavirus pandemic. No employees were laid off and no one received a pay cut this year, he added.

The coronavirus pandemic has had little impact on the business, the Smiths said, and Richard said the dealership’s income will be about the same as in previous years.

“Most people in the car business, [the coronavirus] has been tough on them,” Donald said. “We’ve just been mighty fortunate to have good help. Not just good, the best.”