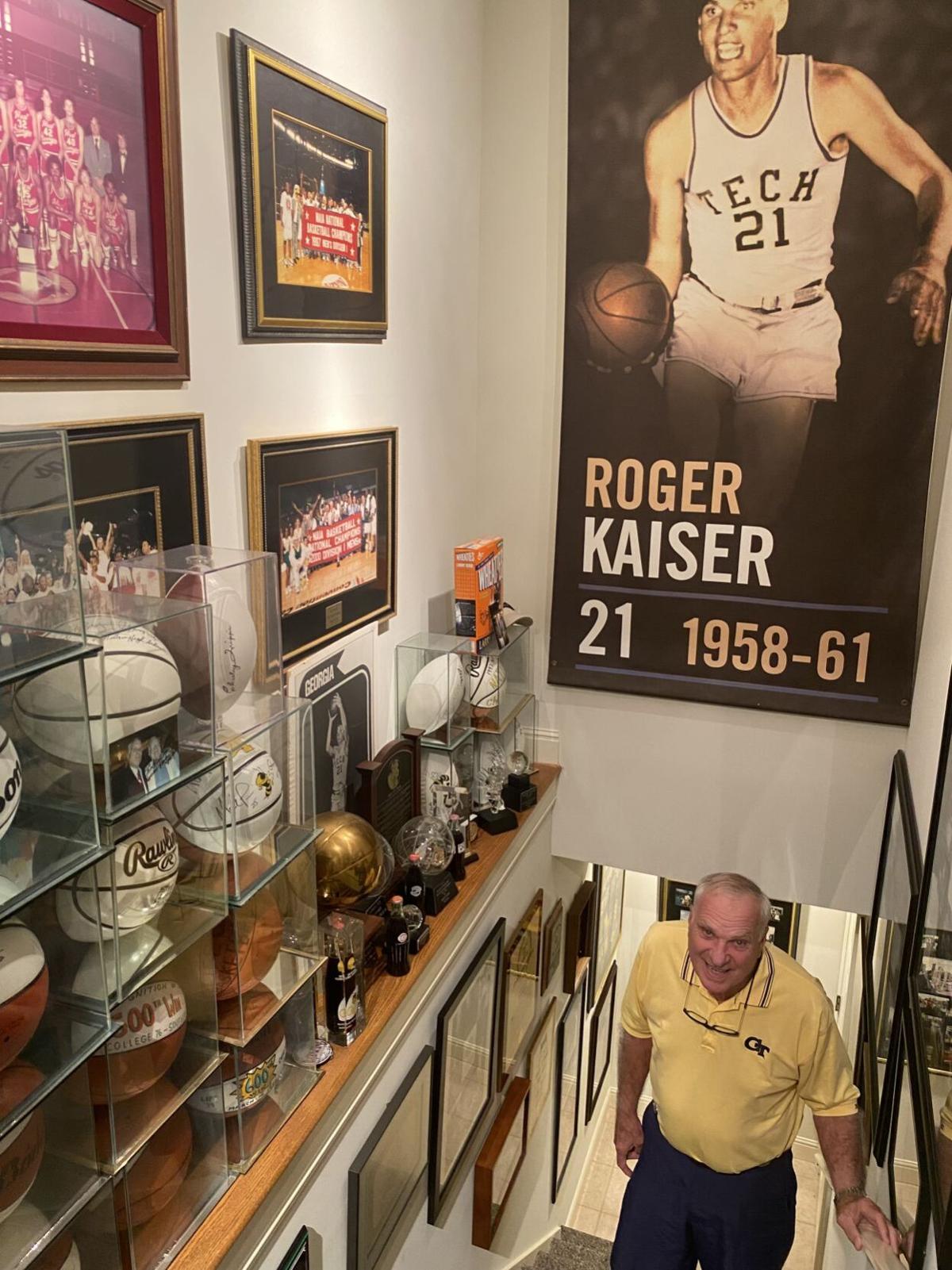 Roger Kaiser, whose induction into the Small College Basketball Hall of Fame will take place in November, is surrounded by his own wall of fame at his Carrollton home. 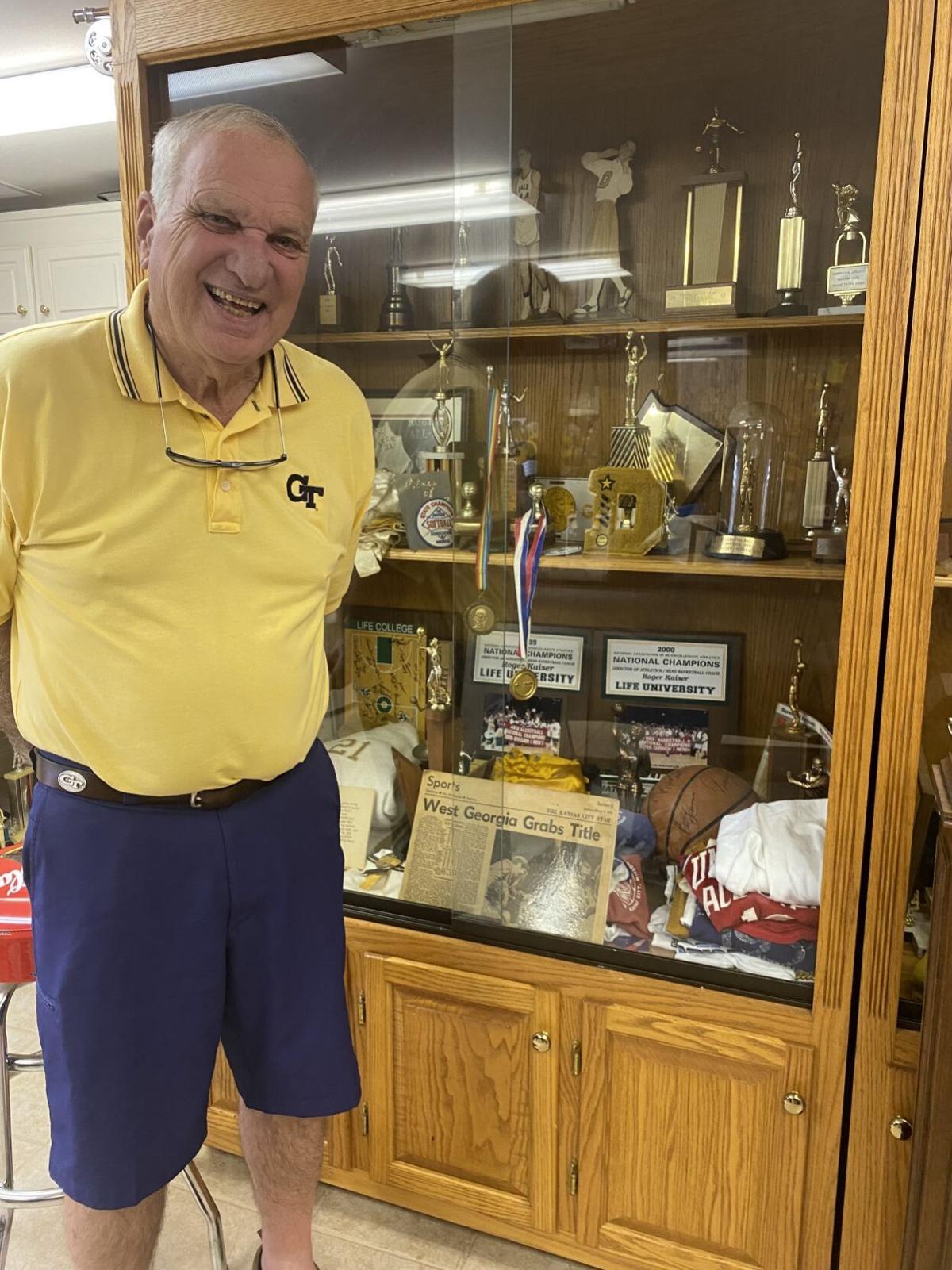 Small College Basketball Hall of Fame inductee Roger Kaiser is surr- ounded by a case with some of his awards.

Roger Kaiser, whose induction into the Small College Basketball Hall of Fame will take place in November, is surrounded by his own wall of fame at his Carrollton home.

Small College Basketball Hall of Fame inductee Roger Kaiser is surr- ounded by a case with some of his awards.

One Carrollton resident will be inducted into the Small College Basketball Hall of Fame in November.

The honor is considered the nation’s most prestigious in-season event for NCAA Division II men’s basketball.

Roger Kaiser was actually entered as a coach into the Hall of Fame last year. However, as happened with many events during the year, the induction ceremony was canceled in 2020. Therefore, the Small College Basketball will not have a Hall of Fame Class of 2021.

Kaiser, who is originally from Dale, Indiana, told the Times-Georgian on Wednesday that this will be his eighth induction to a hall of fame.

“It made me feel good because I always considered myself as a player,” said Kaiser. “I was a better player than I was a coach.

“First of all, being a player is a heck of a lot easier because you’re just taking care of yourself. Being a coach, you have to look out for every member on the team. It’s just simpler.”

Kaiser has been involved in basketball since he was a little boy. He said that his father played a big part in where he is today.

“I was so young when I started,” said Kaiser. “My dad didn’t even put up a small goal; instead he had one of those 10-foot goals. I had a father who was the perfect father for me because he never said ‘Roger go do that’ in basketball.

“Instead, he would say ‘Roger don’t you think if you took it to the basketball you would get more free-throws?’ And sure enough he was right.”

During Kaiser’s professional career, he played with the Washington, New York, and Philadelphia Tapers of the American Basketball Association 1961-63. He was never traded, the team just moved to different cities.

After years of playing the sport, Kaiser spent 50 years coaching different teams around the state, including 20 years coaching at what was then called West Georgia College.

Looking to the past for the meals of the future

According to Kaiser, coaching was not in his plans.

“I tell people, the reason I wasn’t going to coach was because I played four years on the varsity team in Indiana and while I was there I had three different coaches,” said Kaiser. “If they didn’t win the last game, they got fired.”

His coaching career began when the head coach at Decatur High School had been fired. Kaiser called to recommend a friend, however, the school wanted him to lead the season as head coach.

“I told the superintendent of the school that I had a coach for him, and he said ‘yeah, I know, it’s you’,” said Kaiser. “And I just told him I am not a coach, and you do not have enough money for me,” said Kaiser.

After receiving a callback with the correct amount of money, Kaiser began his coaching career. Since then, he has coached middle school, high school, and college. His overall coaching record stands at 754-260 for high school and college games.

“I have always had good people to help me,” said Kaiser. “I was smart enough to get good help because you can’t do it all on your own.

In addition, he led Life University to two additional appearances in the National Championship game. As a result, Kaiser was named the NAIA National Coach of the Year in 1997 and 2000, and was selected to the NAIA’s 75th Anniversary Team, one of only 15 coaches.

Last year, Kaiser was honored by Georgia Tech for being the school’s First All-American Basketball player, as well as being the first to have his jersey and number 21 retired.