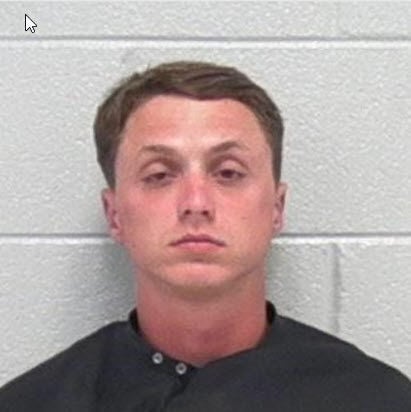 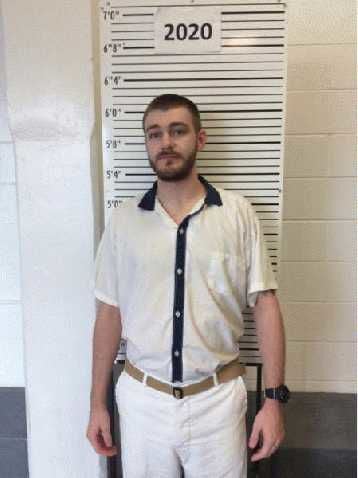 Lawmen say a man in prison for the beating death of his three-year-old son allegedly conspired with another man to murder a Carroll County woman.

Deputies say that Joshua Richards, 23, who is currently incarcerated at the state prison at Reidsville, conspired with Dylan Robison, 19, of Whitesburg, in a case that resulted in shots fired at the woman’s residence.

Robison has been charged with conspiracy to commit a felony, aggravated assault and probation violation, according to Ashley Hulsey, Carroll County public information officer.

Richards, who is serving a 50-year-sentence on a charge of murder, has not been charged in the case. Herb Cranford, district attorney for the Coweta Judicial Circuit, declined to discuss the matter with the Times-Georgian, noting that the case is still under investigation.

Hulsey said that on June 7, a vehicle drove back and forth along South Prospect Avenue in Mount Zion before its driver fired twice at the victim’s residence. No injuries were reported.

Investigators said the victim had been involved in a relationship with Richards. Hulsey said Tuesday that the woman is not the mother of the boy for whose death Richards is imprisoned.

Hulsey said Richards allegedly threatened the victim, which led the woman to believe she might be harmed. Richards also allegedly told the victim to look out for the vehicle that was involved in the shooting, according to Hulsey.

Investigators found the suspect’s vehicle and discovered that it belonged to Robison. He was located and allegedly confessed to conspiring with Richards, driving the vehicle and shooting out of the car window towards the residence on Monday, according to Hulsey.

Richards may not be served or transported to Carroll County Jail for some time due to the COVID-19 pandemic. The next steps in the case will be determined by the District Attorney’s office, Hulsey said.

Richards is currently serving a 50-year sentence at the Georgia State Prison for beating to death his three-year-old son in January 2018. He was convicted of murder and cruelty to children and incarcerated on Thursday, Sept. 26, 2019.

As of Tuesday afternoon, Robison is currently in Carroll County Jail and bail is not set.

The case remains an active investigation, so further charges may be made.