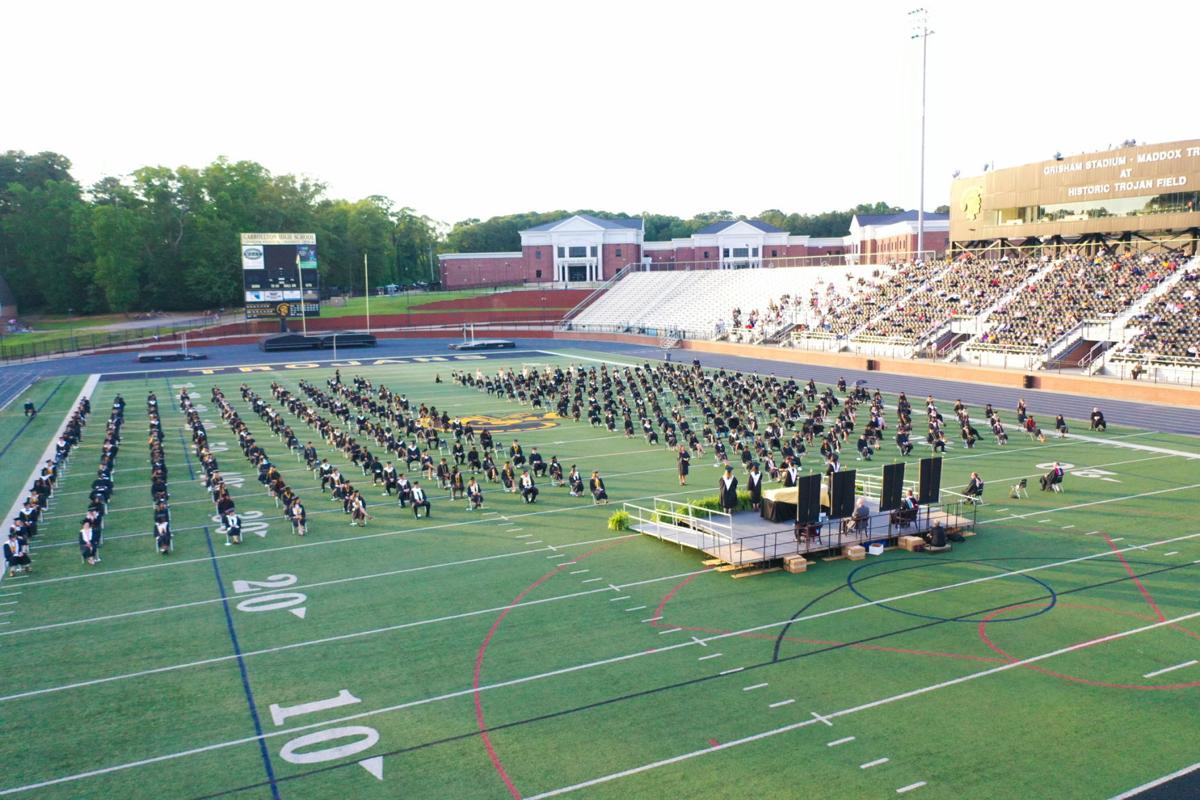 Above: Some 380 graduates of the Carrollton High School Class of 2 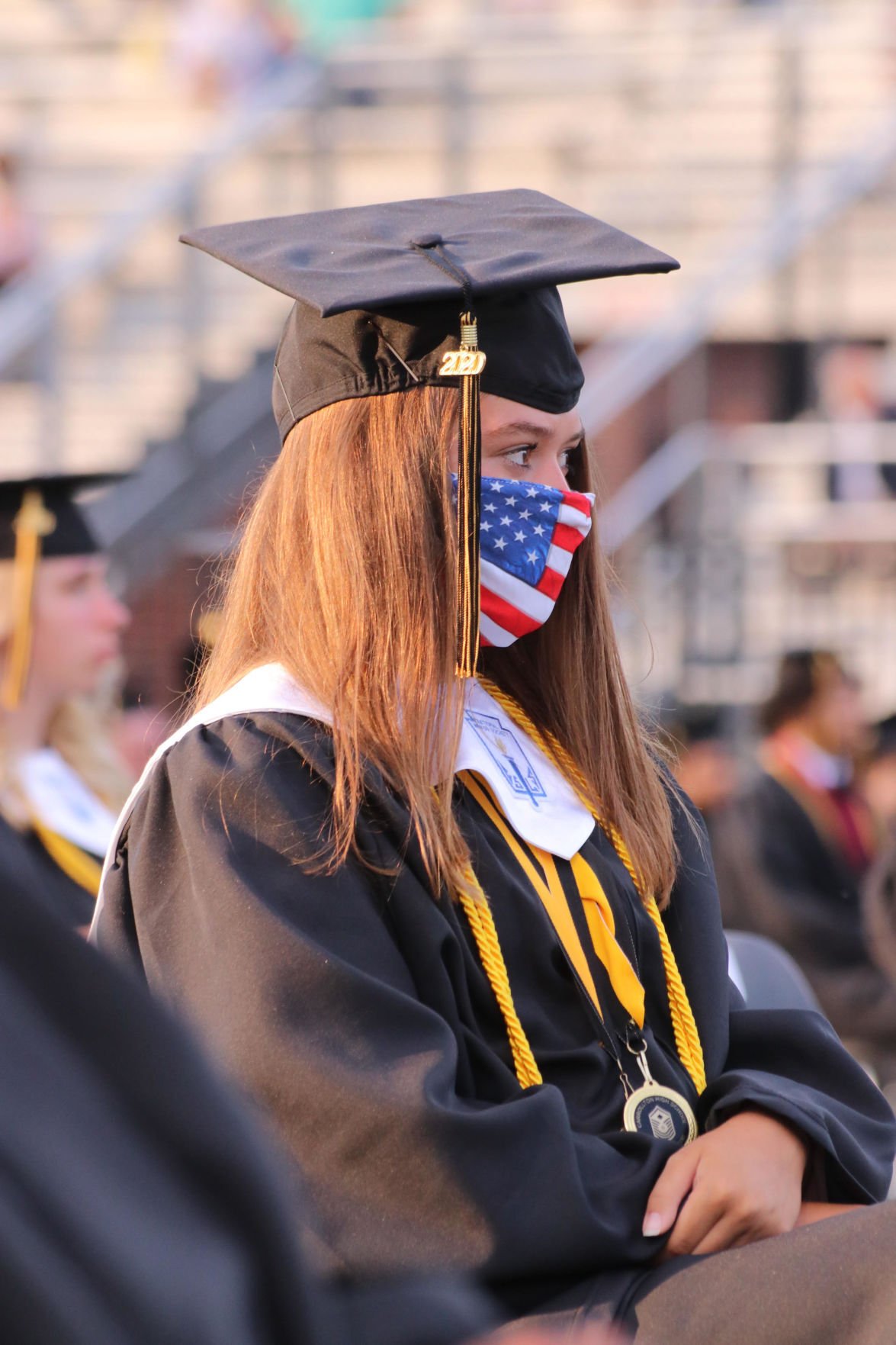 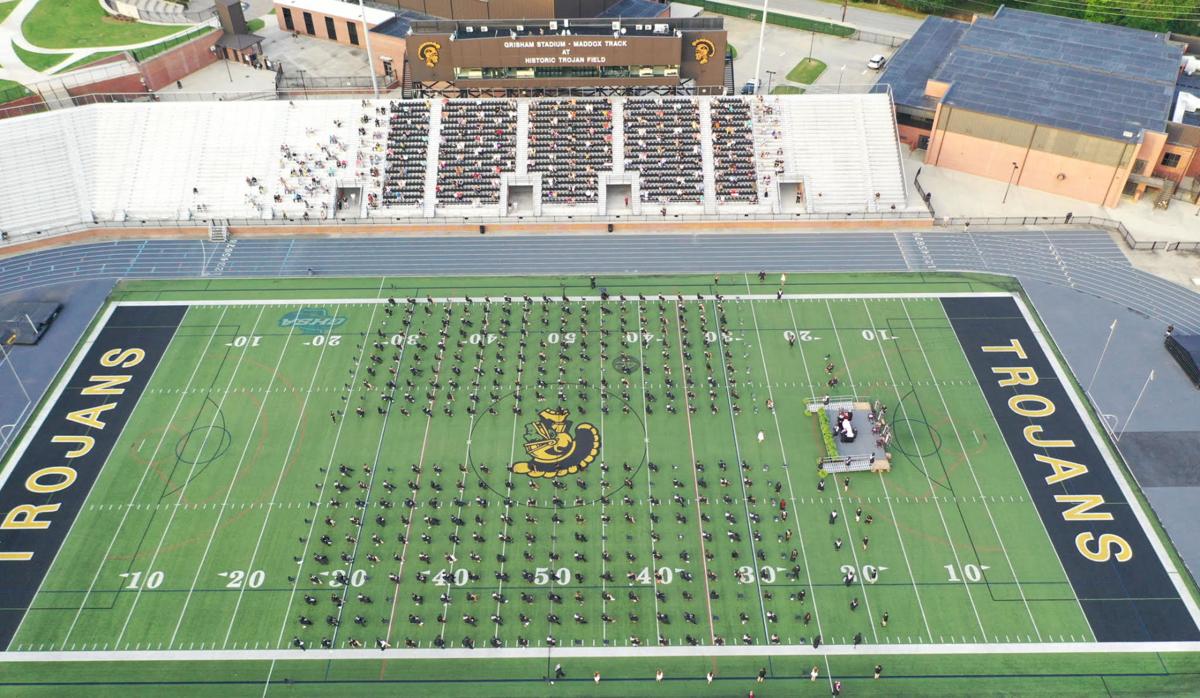 Graduates of the 2020 senior class at Carrollton High School were spaced apart on the field of Grisham Stadium on Monday for an in-person graduation ceremony.

Above: Some 380 graduates of the Carrollton High School Class of 2

Graduates of the 2020 senior class at Carrollton High School were spaced apart on the field of Grisham Stadium on Monday for an in-person graduation ceremony.

Of the 380 students who qualified to graduate, 356 graduates were able to attend the ceremony. But regardless of how many students showed up, every one of them had their name announced Monday night.

This year’s class scholarship offers a total of $21,404,412, which is higher than previous years.

“In all of my years at Carrollton High School, I have never seen our community as strong and as determined to be united as the one that stands today,” said Hernandez Lorzano

The ceremony was held at Grisham Stadium and graduates were given two tickets for their parents or guardians and in order to maintain social distancing, half of the guests were seated on the home side and the other half in the visitor stands.

“At one point, we didn’t know if this would be possible this year. But to many leaders and community leaders, we are continuing the tradition of a formal graduation in Grisham Stadium,” said Carrollton High School Principal David Brooks.

While some parts of the ceremony could not proceed, such as the band performance, the crowd of graduates were still addressed by their peers and school leaders in their final moments before starting a new chapter in their lives.

“Tonight is the culmination of years of hard work; it’s a time for celebration,” said Best.