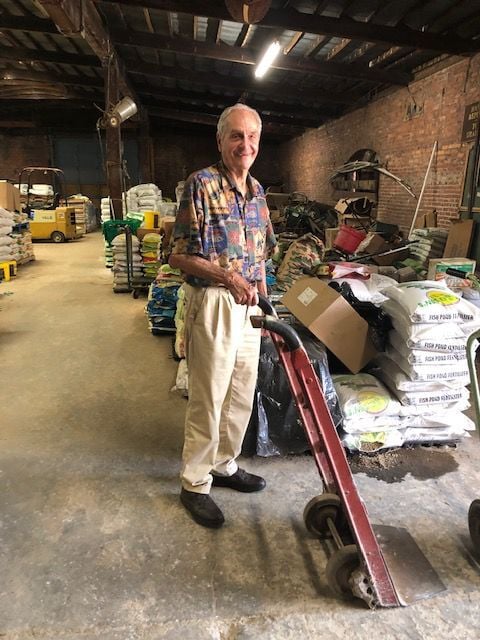 Ronald Burson is shown in the large warehouse located in the rear of Burson Feed and Seed on Rome Street. 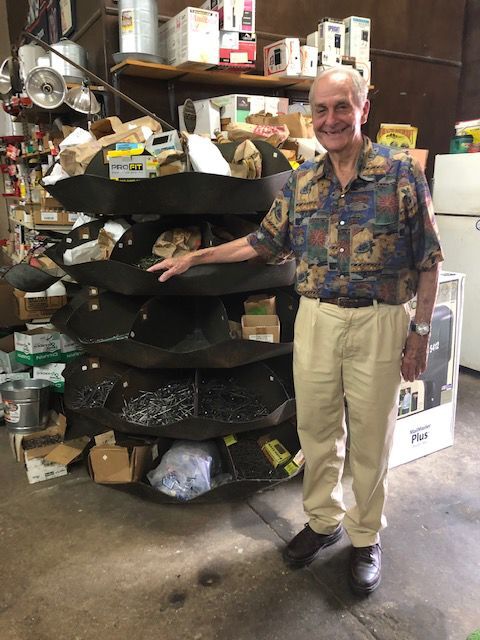 Among the shelves of Burson Feed and Seed are items that are not readily found at big box farm and garden centers.

Ronald Burson is shown in the large warehouse located in the rear of Burson Feed and Seed on Rome Street.

Among the shelves of Burson Feed and Seed are items that are not readily found at big box farm and garden centers.

The sign hanging over the bright green awning of the landmark business on Rome Street might read, “Burson Feed and Seed” in large letters, but the iconic business has all the items that every home, lawn and garden could ever need.

The business, located in a building constructed in the early 1900s, has outlasted the fire department that was once located across the street, and the city police department and jail that were at one time a few yards away down what is still called City Hall Avenue.

In fact, much of downtown Carrollton has changed. Yet the business that Ronald “Bubba” Burson has been working in for nearly his entire life is still open six days a week.

Back in the day, feed and seed stores like Burson’s were a common sight in small towns across the rural South. Now, only a few remain. At Burson’s, a wide variety of feed, seed, and fertilizer are still sold, but those same items are sold a few miles away at big box stores with huge parking lots down U.S. 27 South.

The difference, however, is the atmosphere found in Burson Feed and Seed. The store on Rome Street has atmosphere in spades and wheelbarrows full.

Famed American illustrator Norman Rockwell should have stopped by the feed and seed store in Carrollton in 1946, when he was in Oak Mountain painting his iconic scene of a one-room school house.

Whether it be any size and type of nail that would ever be needed, to a huge cast iron frying pan to a bird feeder, it can be found in the dark red painted building located steps from the historic Carrollton square.

And of course, there are hundreds of bags of seed and fertilizer for home lawns, fields and pastures.

Trump celebrates retirement of Republican who voted to impeach

Generations of locals have been coming to the location on Bradley Street since 1950, when A.T. Jackson moved his seed store to the site because his business was growing. The large warehouse space at the rear of the building was ideal for the sale of fertilizer.

Henry Burson, Ronald’s father, was a well-known fertilizer dealer in the area, and Jackson offered him a year’s free rent to sell the commodity from the back half of the facility.

A year later, in 1951, Burson and Jackson’s son bought out the elder man’s interest and the business was re-named Jackson-Burson Feed and Seed. By 1956, Burson had taken over the business entirely.

“I started working there for my father at a young age,” Ronald Burson said Wednesday while leaning on a large barrel of nails, “but I had plans on going to Emory Medical School and becoming a doctor.”

Ronald Burson never wore a stethoscope, but he has loaded a lot of bags of feed and seed for residents of Carroll County. He says that Ricky McClendon, who helps him run the business, is “invaluable” in doing so.

Although still in the same location, and changing little in appearance over the years, Burson’s has in fact evolved over the years to compete with the big box stores down the road.

But Burson has said that the items those stores stock aren’t the same as what he carries. Some of his items are unique and some have been waiting on the shelves for months or years for the right person to come into the store and find them.