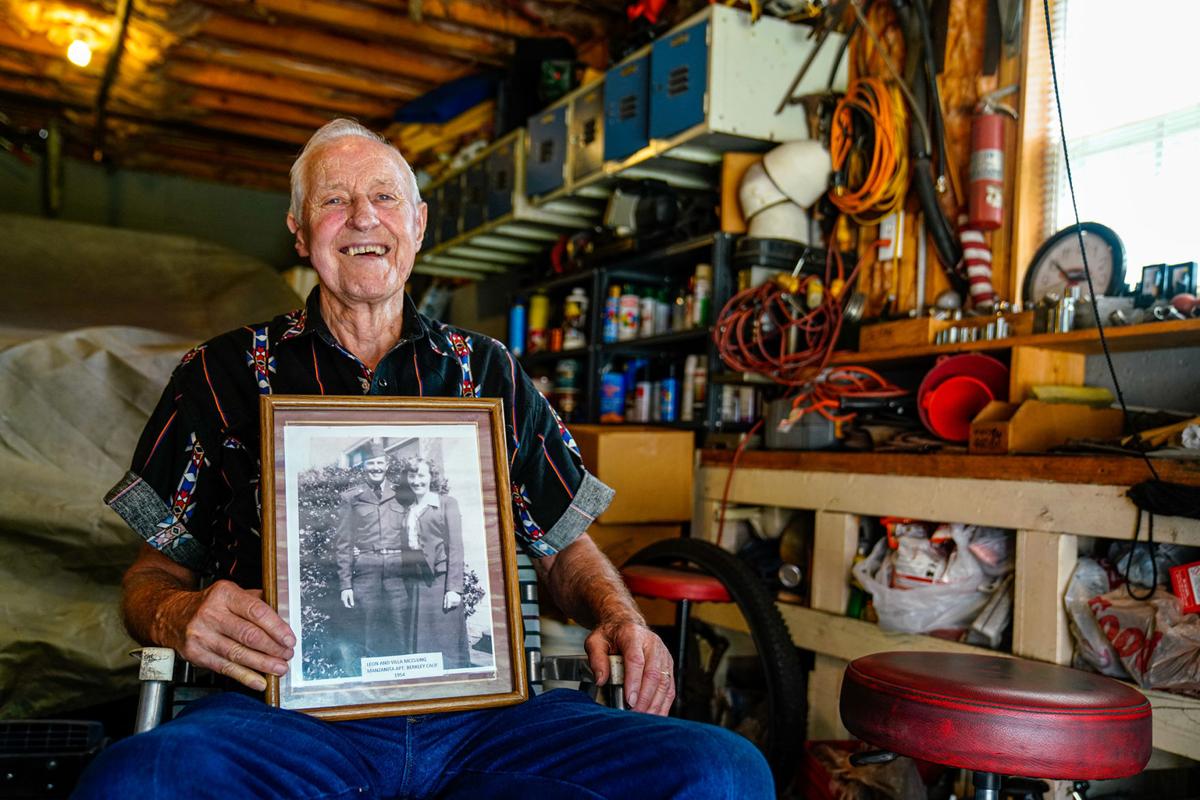 Leon McClung is pictured with a photo of his wife, Villa, to whom he was married for 65 years. She used to keep him company in his bicycle repair shop. 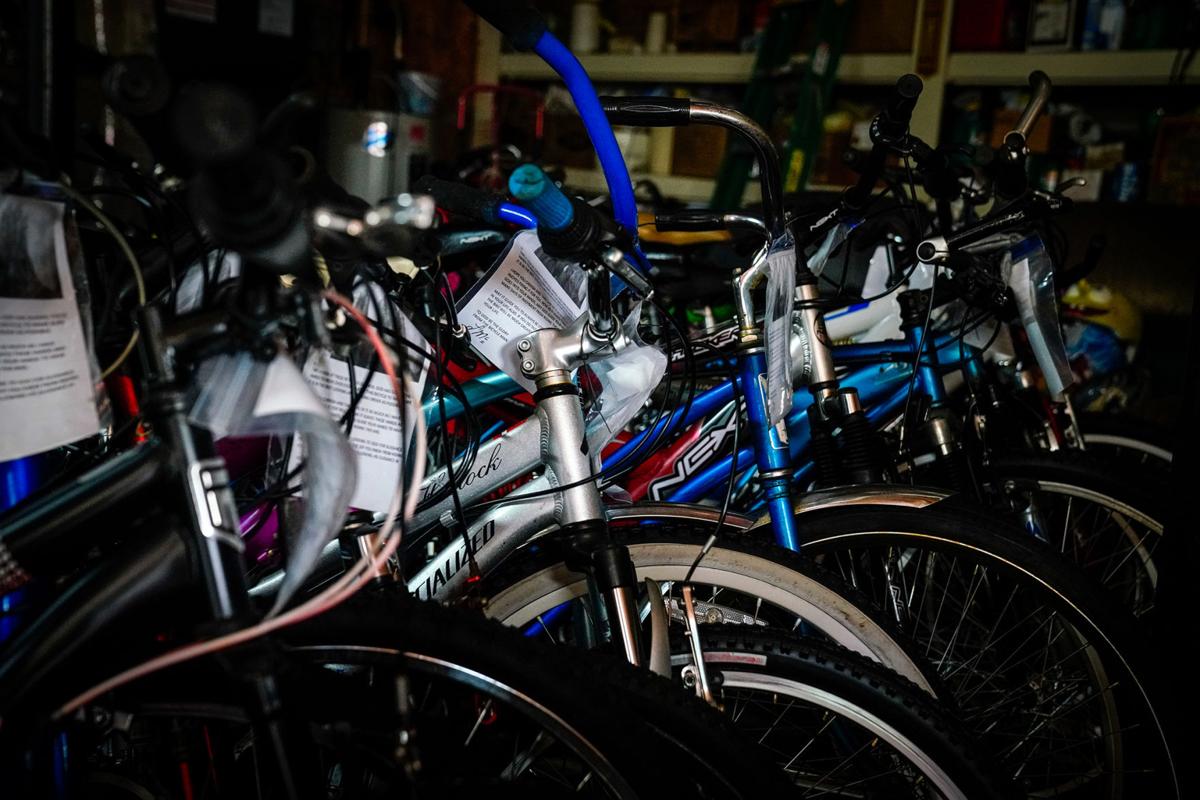 Each of the bikes Leon McClung gives away include a personal note to inspire the new owner. 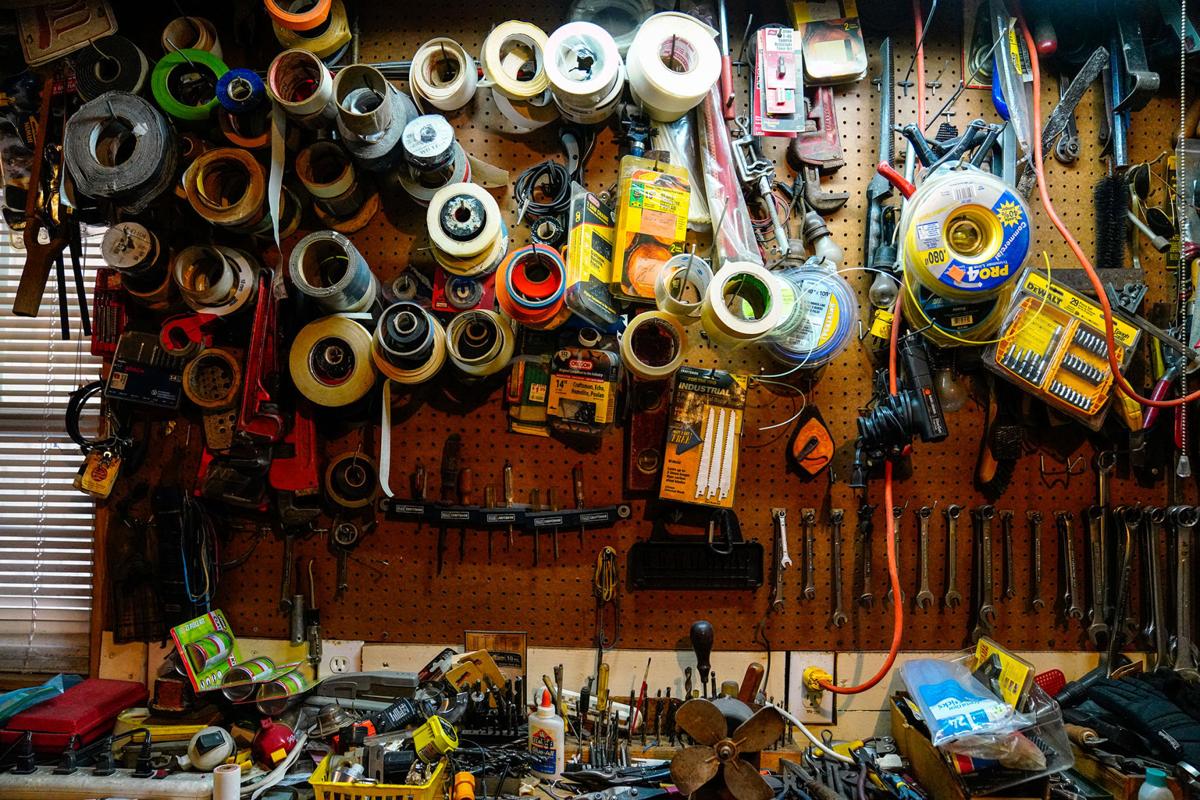 Leon McClung has the tools and supplies to fix just about any kind of bike. 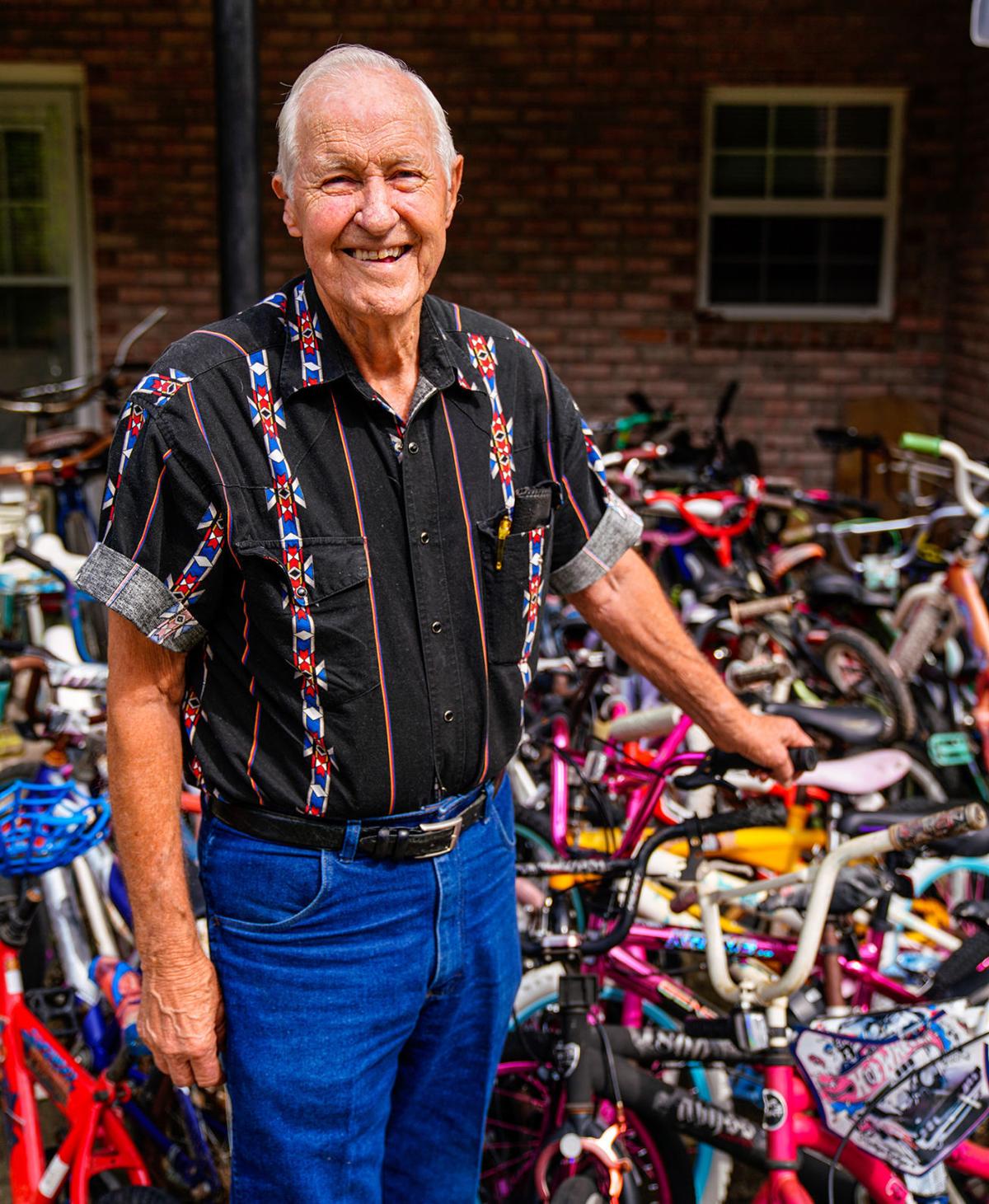 Leon McClung, the Bike Man, is pictured with some of the hundreds of bicycles he has repaired over the years. 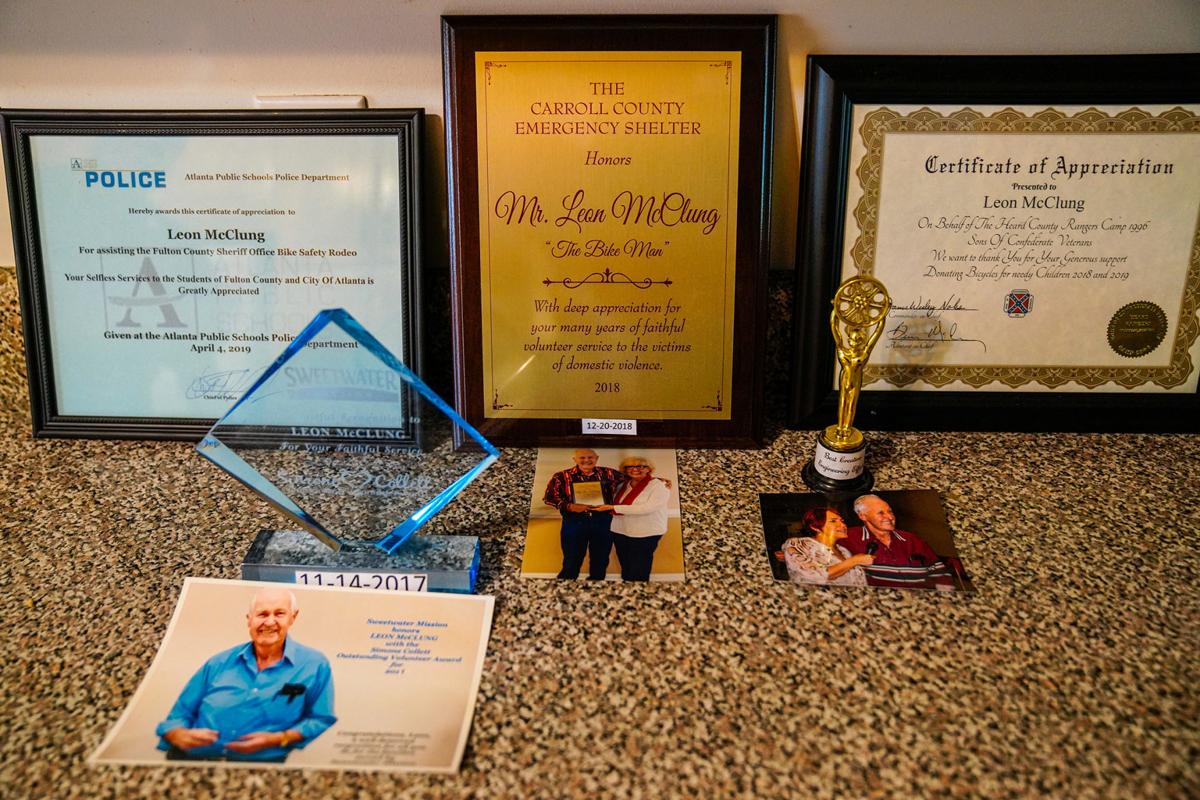 Some of the honors and recognition Leon McClung has received over the years.

Leon McClung is pictured with a photo of his wife, Villa, to whom he was married for 65 years. She used to keep him company in his bicycle repair shop.

Each of the bikes Leon McClung gives away include a personal note to inspire the new owner.

Leon McClung has the tools and supplies to fix just about any kind of bike.

Leon McClung, the Bike Man, is pictured with some of the hundreds of bicycles he has repaired over the years.

Some of the honors and recognition Leon McClung has received over the years.

If your vehicle breaks down or you get in an accident, the first call might be to a mechanic.

But if your bicycle breaks down and needs repair, you can call Leon McClung, the “Bicycle Man.” Whether the bike needs replacement handlebar grips, sprockets, or a fresh coat of paint, he does it all.

McClung is approaching his 90th birthday on Oct. 22 and has been fixing bicycles for a decade. He buys bicycles from yard sales, flea markets, and wherever else he can find them and, once repaired, he donates the bikes to children, schools, or charities. He’s even given bikes to the Carrollton Police Department and Douglas County Sheriff’s Department.

“I will take them, one at a time, in my basement and do all the work that needs to be done on them to make them in good riding condition,” McClung said. “Some people know what I do with them and give me some old bicycles that need repairs.”

In the late 1930s, his father, Gilbert, set aside one acre of land and told him and his brother, Selma, to turn the land with a mule, plant it with cotton and pick it by themselves. If they did this, McClung said, he and his brother could buy a bicycle with the money they received from selling the cotton.

“We did all the work that was required,” he said. “We picked one bale of cotton from the land. Dad sold the cotton and told us we could order a new bicycle from Sears Roebuck for Christmas.”

That was the brothers’ first bicycle and the two rode it at the same time, with Leon on the back. Selma rode on the front seat, and both peddled together. Leon said he wants to give that same joy he and his brother had to children today.

In 2015, his wife, Villa, passed away after a battle with Alzheimer’s. When she was no longer able to help and sit with Leon as he worked on each bicycle, he said he rolled her to the basement in a wheelchair. He put her in a recliner chair to watch him work on the bicycles.

He said he now keeps himself busy with his tinkering in remembrance of her. The couple was married for 65 years.

Leon does all the work with his hands, from inflating the tires to changing handlebar grips and sprockets if they have gone bad. After the repairs are made, he washes them, paints any parts that need work, and cleans the tires.

While he keeps no record of the time or money he spends on each bicycle, he does count how many he has worked on and donated. He began keeping those records in 2012, and the most he has donated was 687 bicycles in 2017. This year, he said he has worked on more than 400.

If anyone needs a bicycle, McClung said they can pick one out for free. He has two scrapbooks of pictures, thank you cards, and letters from people and organizations who have received these bicycles, among them the Sweetwater Mission in Austell.

“The bicycles are all free,” he said. “I have never charged anyone for a bicycle.”

Each bicycle gets a copy of a picture of his hands with a note written attached to the handlebars. The note explains why he fixes bicycles, giving the owner a message of hope.

“Take a look at these 90-year-old hands,” the note says. “God has guided these hands to move over every part of this bicycle to make sure it is in the best looking and working order as possible. I hope you cherish and take care of it as much as I have enjoyed fixing it for you.”