Sign Up
Log In
Purchase a Subscription
You have permission to edit this article.
Edit
Home
News
Sports
Villa Rican
Gateway-Beacon
Your School
Opinion
Obituaries
Sections
e-Edition
Classifieds
Forms
Share This
1 of 3 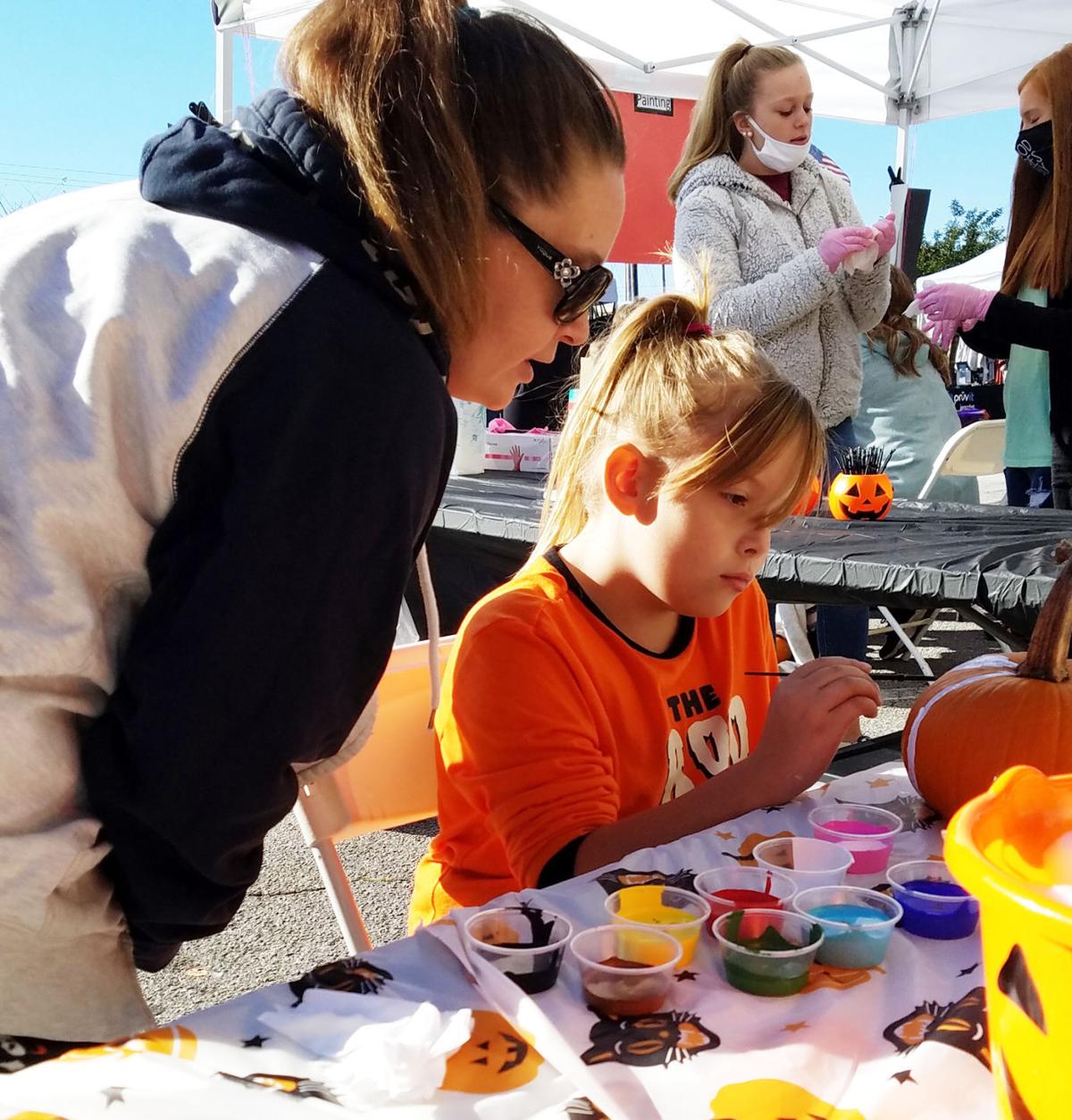 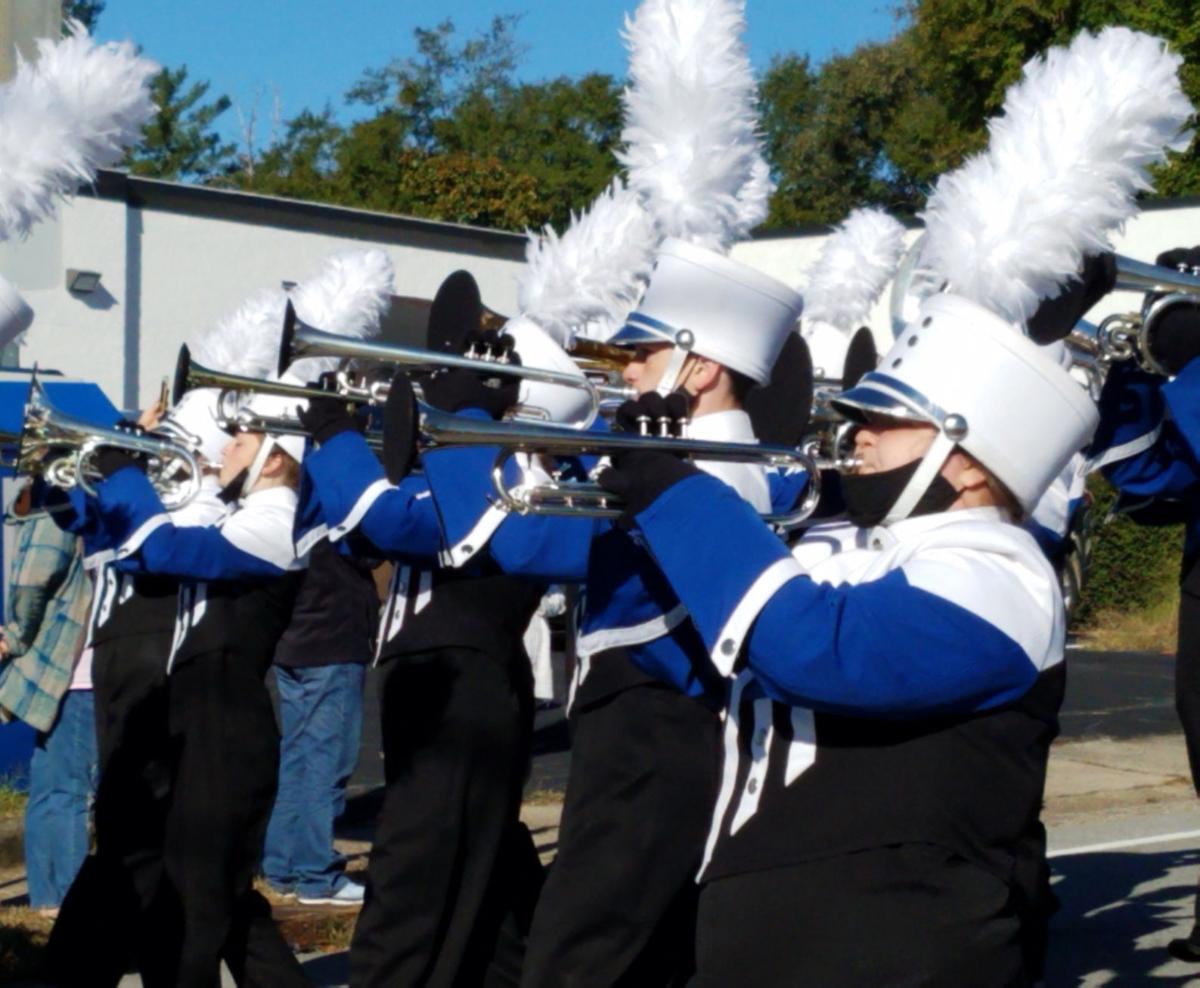 The Bremen High School Band marched in a short, but anticipated, candy-free parade during the Great Pumpkinfest. 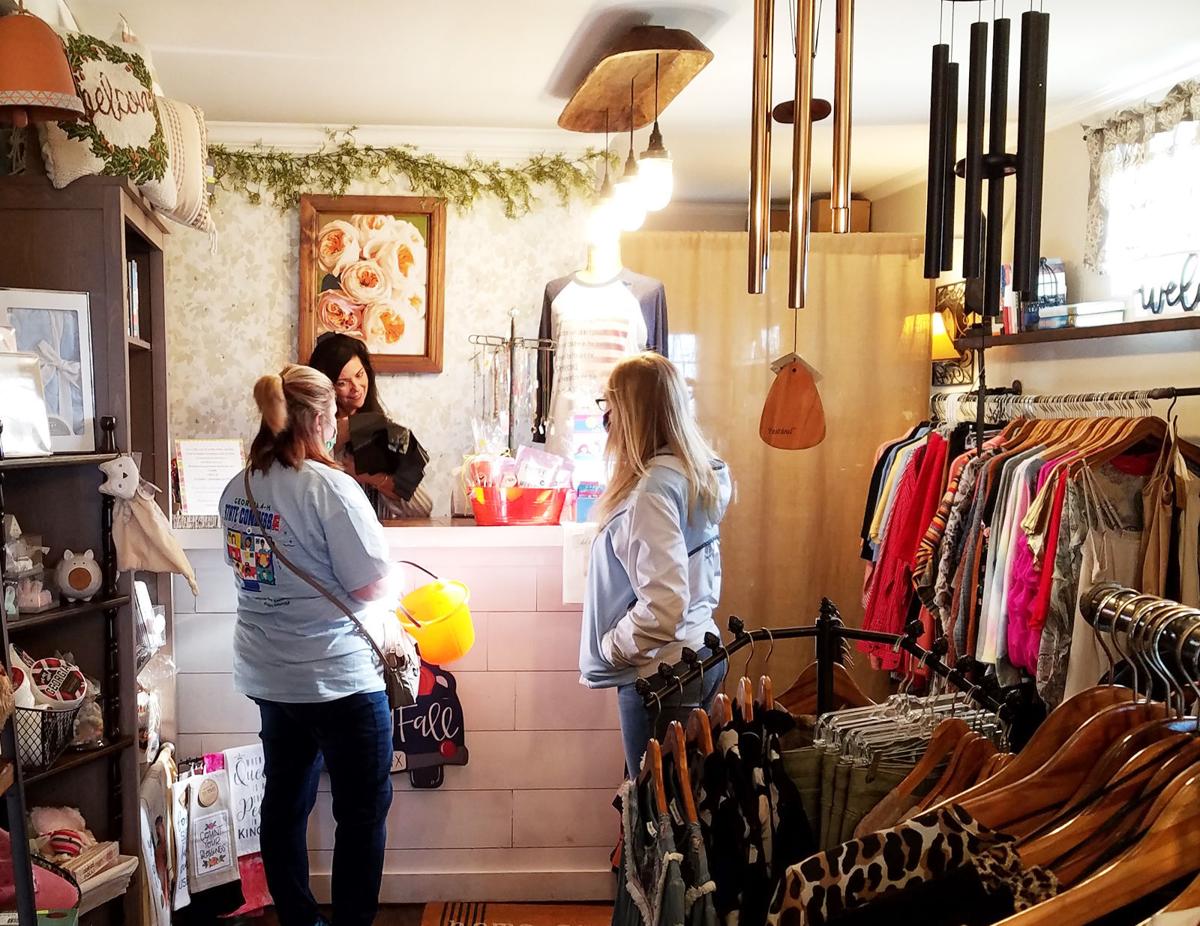 Stephanie Pelt helps some customers at her shop, Brown Eyed Girl Market, during the Great Pumpkinfest in downtown Bremen on Saturday.

The Bremen High School Band marched in a short, but anticipated, candy-free parade during the Great Pumpkinfest.

Stephanie Pelt helps some customers at her shop, Brown Eyed Girl Market, during the Great Pumpkinfest in downtown Bremen on Saturday.

While Saturday’s crowd wasn’t as large as in years past for the Bremen Junior Woman’s Club fall festival, the Great Pumpkinfest attracted plenty of vendors and people anxious to get out and spend the day with family and friends in downtown Bremen.

Dorothea Graham, extension coordinator and 4-H agent, said their booth at the Bremen festival was the first fundraiser that local 4-H has been able to do since last March.

“We are able to meet in school,” Graham said. “UGA’s just now telling us now that we can start doing any of this kind of stuff. Everybody has to wear a mask and we all have to be covered up.”

The Woman’s Club donated the supplies for the 4-H pumpkin painting booth, she said. The 4-H members helped the children pick out a pumpkin and then provided the paints and brushes for them to paint it. Other students held signs in front of the booth to entice the children to paint. All of the students wore masks and other precautions were taken to keep everyone safe.

“The kids that paint, we give them one paint brush and then they’re tossing it when they finish,” Graham said.

Stephanie Pelt, owner of Brown Eyed Girl Market, near the fountain downtown, said she was very grateful that the Woman’s Club went ahead with the festival. While she has been able to provide personal service to some of her regular customers including online, curbside pick-up and delivery, she hasn’t had walk-in traffic to boost her business.

“Festivals like this bring new people,” Pelt said about half an hour after the festival opened. “I’ve had three people that have never been in here; and two of them live here in town. And I’ll be here three years this Black Friday. That’s been a blessing.”

Erica Bush, owner of On the Hill Flower Farm, has been growing flowers to sell to florists and designers.

“That’s the main thing, and then occasionally throughout the year, doing like pop ups and festivals like this,” Bush said. “This is our first one this year.”

In the spring, things were tough. Weddings and events were being cancelled and people weren’t ordering flowers, she said.

“A lot of the stuff that was blooming then just got wasted,” Bush said. “We ended up just donating a bunch of it.”

They donated some to the Community Christian Council and gave some to florists who made arrangements to donate to health care workers. But now things are starting to pick up again, she added.

Vicki Lackey, who was also manning a booth at the festival, started June and Grey about a year ago, she said. This is the first festival she’s been able to do since opening.

“I started sort of after all the fall festivals,” Lackey said, “and most of them were cancelled this year.”

But she was pleased with the turnout in Bremen.

“There’s already been a good bit of people walking through,” she said.

Alice and Tearl Fincher, regulars at the festival, were happy to be out again, if a little nervous, Alice Fincher said.

“It’s a little scary, but we are trying to protect ourselves, she said pointing to her mask with her gloved hand.

The two used to own a bakery in Bremen and now do catering, but the catering business has been off this year because of the pandemic. They were trying to make up for some of that lost income, but also just wanted to see their customers, Alice said.

“It’s just a fun thing,” she said. “Seeing these people come and get excited over the stuff they like and get once a year.”

“It’s quite nice,” Jennifer McWhorter said. “Of course this year, it kind of means a little bit more.”

Her daughter is a student at Bremen High School and seeing the students be able to go back to school safely bolstered her confidence in being able to get out.

“We’re not doing very much of it, like the high school games and things, I don’t go to those,” she said. “But this being open situation that you can pretty much navigate how much interaction you get, it’s a good opportunity.”

Jackie McWhorter works at a pharmacy and has been in the public throughout the whole pandemic, she said.

“At first, when we sequestered so tightly, we didn’t get to see family,” she said. “Then we started visiting, sitting in the yard and backing our chairs up.”

Even now, as her granddaughter has started back to school, they refrain from hugging to stay safe, Jackie McWhorter added.

They admit they haven’t been shopping as much since the pandemic started.

“It’s almost like if you have a need, you go and take care of that,” Jackie McWhorter said. “But you just don’t get out and browse.”

“And do the pick up, I do the pickup a lot,” Jennifer McWhorter added.