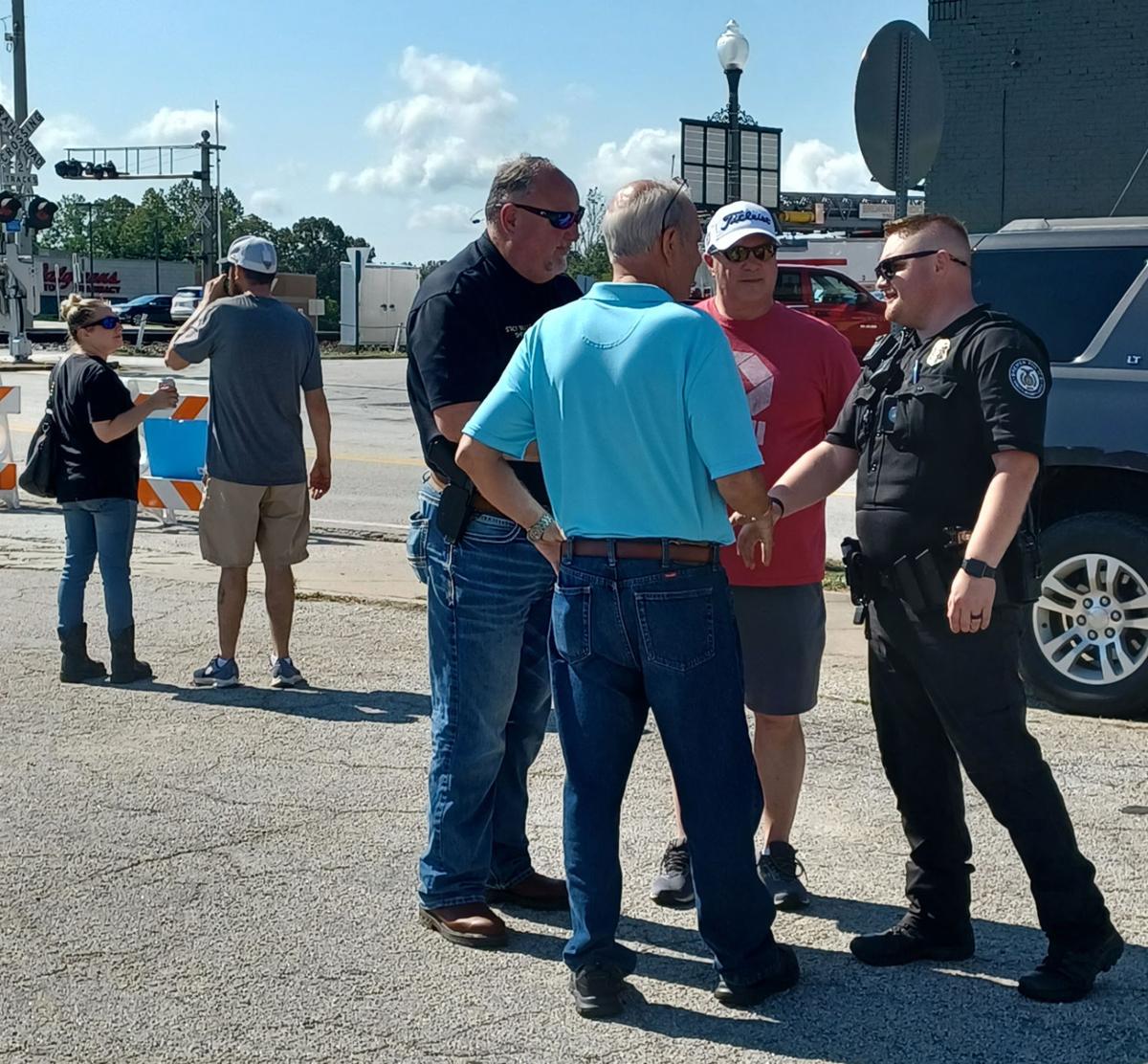 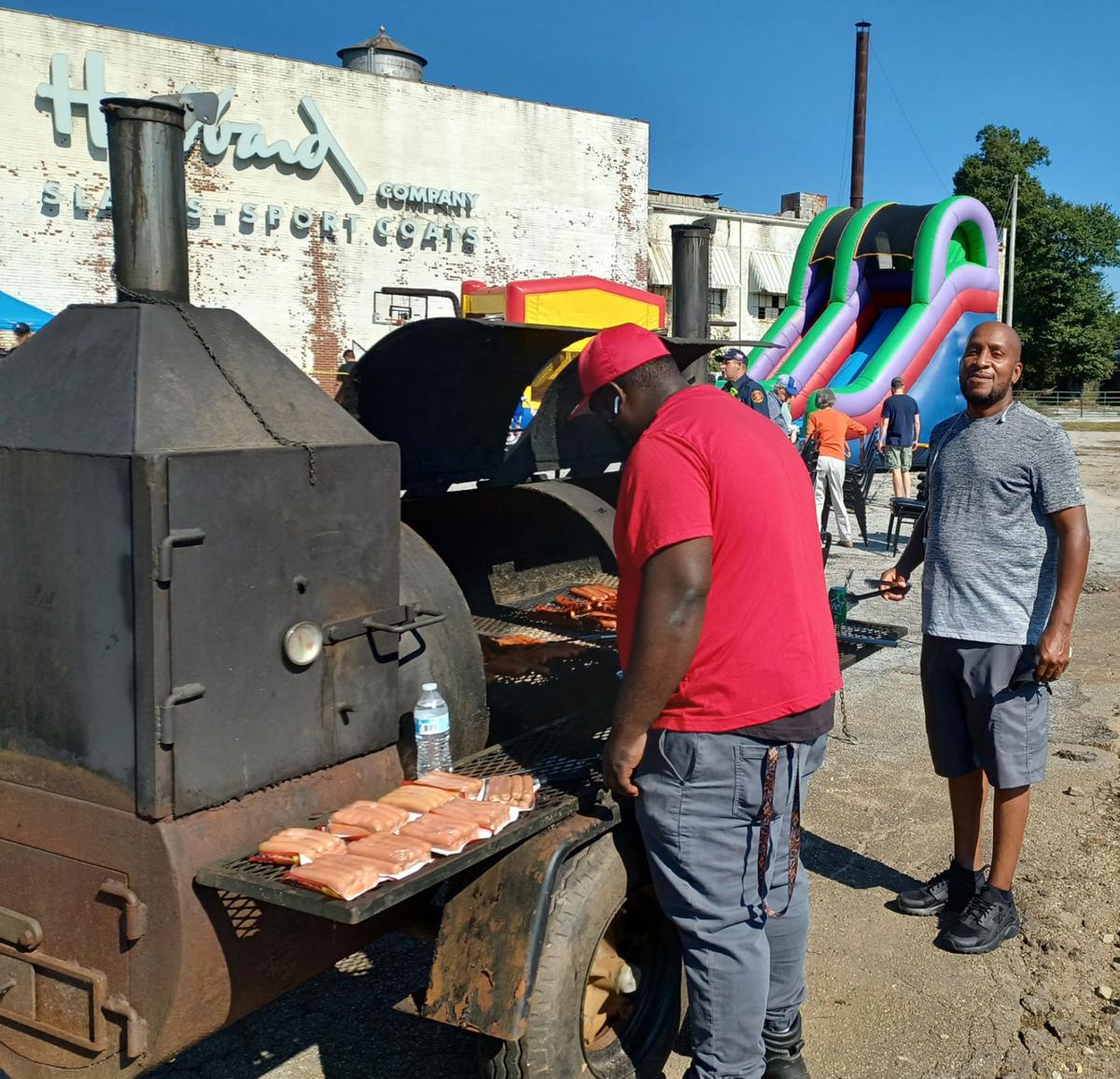 Jarvis Yarbrough, left, and Leon Ross volunteered to grill hot dogs for Faith and Blue on Saturday in Bremen. 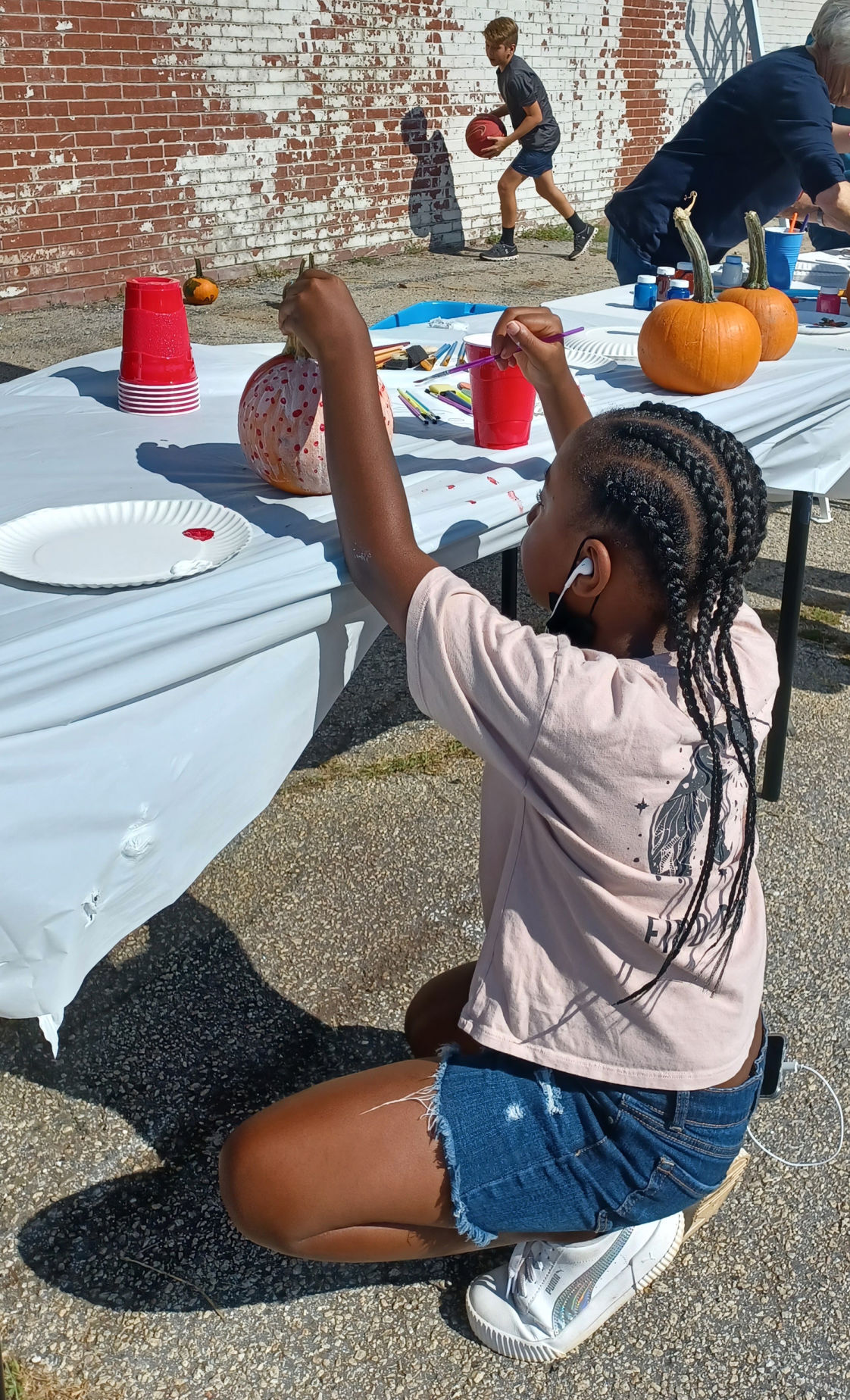 Londyn Ross, 8, paints a pumpkin at Faith and Blue, a local event celebrating the national movement that unites faith organizations with law enforcement in their efforts to maintain peace in the communities.

Jarvis Yarbrough, left, and Leon Ross volunteered to grill hot dogs for Faith and Blue on Saturday in Bremen.

Londyn Ross, 8, paints a pumpkin at Faith and Blue, a local event celebrating the national movement that unites faith organizations with law enforcement in their efforts to maintain peace in the communities.

On Saturday, smoke carried the smell of grilling meat across the parking lot of the old Hubbard Slacks building while the squeals and laughter of children bouncing and sliding on inflatables competed with Christian music blaring from speakers.

Mingling through the crowd, uniformed police officers chatted and laughed with local residents, some reaching out a hand as they introduced themselves to someone who was a stranger to them.

Bremen police Chief Keith Pesnell organized the community get together in the downtown Bremen parking lot as part of the National Faith and Blue Weekend, an opportunity to thank locals for their support, he said.

“It’s a time to come together with faith-based organizations to show unity and togetherness,” Pesnell said.

To that end, some churches set up booths for children’s activities alongside the law enforcement offerings of food, music and prizes.

Faith and Blue is a national event that began in Atlanta as One Congregation, One Precinct, or OneCOP.

“Working together, the paired officer and faith leader address mutually held biases and increase familiarity,” the Faith and Blue website states. “With 65 million Americans attending a house of worship each week, there is a tremendous opportunity to engage the public at large.”

Rev. Mark Stroud of Kingdom Rock Church in Bremen, one of the speakers at the event, said that the community needs the authority of the police to enforce laws and to help maintain peace.

“So I salute all of you today, in the mighty name of Jesus and thank you for all of your efforts to our community to our county and beyond,” Stroud said. “We really do love you guys and sincerely pray for you.”

And it was Pesnell’s minister father, Chester Pesnell, who offered the prayer before the food was served.

“There’s been quite a few times the police have helped me and my family,” she said. “I couldn’t do enough for them when the opportunity comes.”

Sheriff Stacy Williams, who also spoke at the event, said building relationships in the community is essential to peace officers doing their jobs. Without the community, law enforcement would not exist, he said. The purpose of law enforcement is to serve the public and keep them safe, Williams said.

“We’re here to serve you, to make your lives better, to protect you,” Williams said. “We’re warriors. We’re guardians.”

Pesnell said officers are members of the community and are concerned about their fellow residents. The event was an opportunity for them to show that and to interact with the public in a non-confrontational way.

“This is not all about us today,” Pesnell said. “It’s about all of us, being together, unity.”