At their meeting a week ago, Haralson County Board of Education members authorized their superintendent to sign a payment in lieu of tax document for Carroll EMC and SyncGlobal in an agreement that could bring high-speed internet to much of the county.

Zac Crosby, director of Technology for the school system, said that about 65% of Haralson County Schools students still do not have access or have limited access to quality internet service.

“The SyncGlobal and the Carroll EMC thing, if it comes to fruition like they hope it will, if it will get to the outer reaches of our county where we don’t have anything currently, it’s going to be a boon for this place,” Crosby said. “It’s going to help with housing and infrastructure and it’s really going to push people to Haralson County, especially with all the good things that we’re doing here in the district.”

Carroll EMC and SyncGlobal applied for a federal grant to install fiber optic to every Carroll EMC customer in the county, which will give them access to internet service every bit as good as is available in downtown Atlanta, said Eric McDonald, president of the Haralson County Development Authority.

The Haralson County Commission has allocated $2.4 million in matching funds for the grant, if it is awarded, he said. But the companies also wanted the abatement to help with the expenses associated with the expansion. Both the Commission and the BOE will need to sign off on the abatement, McDonald said.

“The majority of the project is in the unincorporated area anyway because the cities already have broadband infrastructure,” he said.

The whole project will cost about $32 million and take about four years, McDonald said.

“They’ve applied for a couple of different, various grants that would get the county to, gosh, almost 90-something% coverage,” McDonald said.

“It’s all going back in to make sure the students in Haralson County have access to whatever you’re pushing out there on the internet,” he said.

When they’re done, there will only be one corner in the northwest part of the county that won’t have access to high-speed internet, he added.

In other business board members:

• heard that the school system’s new police department has identified the officers it would like to hire. Those officers would bring a cumulative 98 years of experience to the department, said John Daniel, who will serve as the head of the department. He is still working on the policy and procedures for the new department.

• heard that the school system’s graduation rate was 98%, the highest in the county and in all the counties contiguous to Haralson County, Assistant Superintendent Benjie Cole said.

• approved a number of board policies including use of school facilities, interrogations and investigations and contract awards procedures with no changes.

• accepted a bid from Superior Maintenance for $131,512 to install an above-ground gas fuel tank and dispenser next to the diesel tank at the Buchanan office to create a fueling station for the system’s buses. The project will be funded with local option sales tax for education proceeds.

• approved bids from Legacy Mechanical Services Inc. to replace the heating and cooling systems at Haralson County High School and add them at West Haralson Elementary and Buchanan Elementary schools for $916,442 and $165,592 respectively. The company was the only bidder on the projects.

• approved surplus lists from Haralson County Middle, Buchanan Elementary, Tallapoosa Primary, Haralson County High and West Haralson Elementary schools. The lists are of items that are no longer used or useable and can now be disposed of by the schools. 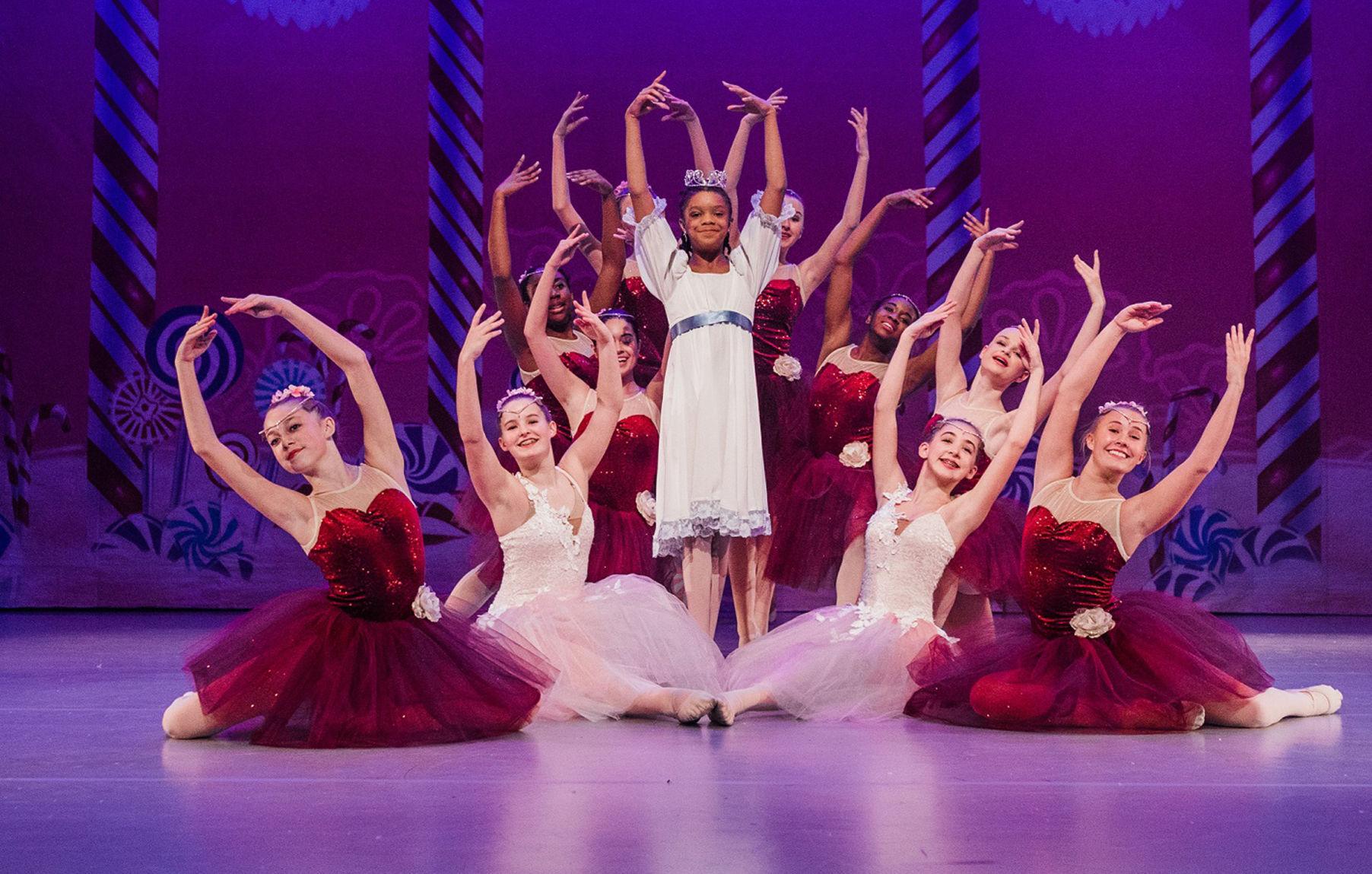 In what has become a local tradition, Carrollton Center for the Arts will launch its Christmas season programming with the 2021 production of The Nutcracker ballet this weekend. See story, PAGE A4.

The City of Villa Rica is looking to work with local agencies to combat the city’s homeless problem.

“We have a homeless population living in the woods, panhandling near the interstate and the local Walmart,” said Barber. “It’s really not a police thing. And putting those guys in jail is not a thing either.

“We’re guessing that there are about 10 to 12 individuals that are tent-camping permanently in the community. And we have a pretty active transient population because of I-20 and the two exits.”

Barber said the conversation about the homeless problem started about six months ago when he and some members were discussing how they would like to interact with those in need.

“At this point, the council has not been asked to approve anything,” said Barber. “This is just something that got started at the staff level that we’re trying to involve the community with.

“We want to see if we can get multiple agencies in the community to work together instead of everyone doing their own thing,” said Barber.

Barber told the Times-Georgian on Tuesday that before anything can be set in stone the council has to create a 501(c)(3) as well as raise funds.

However, Barber said that as of now, there are a lot of agencies in Villa Rica that are trying to help address the problem, but they are not well-coordinated.

“The only permanent Villa Rica facility is Fullerville Mission, but they are fairly small and don’t have many staff,” said Barber.

Beyond that, there is another group of homeless people that the city don’t really know about, Barber said.

“We haven’t interacted with them to the point where we know they are homeless,” said Barber.

“For the most part, there are always high school kids that don’t have a home, as well as some people who have been displaced because they lost their house or whatever their case may be. So getting us all together as one is the goal.”

Carrollton High School student Hailey Jackson poses with her piece “The Courageous One” at the Hughston Foundation Art Gala. Hailey placed second in the competition and received the “Best in Show” recognition.

The Hughston Foundation Art Gala is a biological and medically inspired art contest that encourages students to create artwork while integrating the principle areas of the national Science, Technology, Engineering, the Arts, and Mathematics (STEAM) initiative.

Hailey Jackson, an aspiring artist, entered her art piece “The Courageous One” and won second place out of more than 300 entries.

Jackson said the theme for the competition was based on medicine, and she immediately knew she wanted to paint a piece in honor of healthcare workers.

“Healthcare workers were and still are facing struggles because of the pandemic,” said Jackson. “The flowers in the painting resemble the beauty of them being brave enough to help others in this hard time.

“Therefore, I tried to convey emotions that we’ve all felt during this pandemic.”

“I started trying to learn how to draw and after a few years of prating I began to paint in the 8th grade,” said Jackson.

“I painted with acrylic paint for the most part until my sophomore year of high school. Ever since then, I’ve been trying to perfect my skill in oil paints. I enjoy learning new techniques and mediums in my artwork.”

Jake Richardson, visual arts teacher at CHS, said Jackson is one of the most naturally talented students he has had in his 16 years of teaching.

“I know the pieces she created for these two entries were not easy,” said Richardson. “I am so appreciative of her hard work and willingness to put her artwork out there.

“Hailey’s future is bright in the visual arts and beyond.”

Jackson said that she hopes to study fine arts in college to pursue a career as an art professor.

“As far as my future goes, I would love to continue entering more competitions, doing some commission work, and continuing to practice my skills,” said Jackson.

“I’d like to study fine arts in college and maybe be an art professor one day. But, regardless of the career I end up with, I’ll always keep art in my life.”

An Austell man was arrested Monday by Carroll County deputies who say he admitted to damaging another person’s property.

Seals Lamar Bridges, 49, was charged with criminal trespass and terroristic threats and acts.

According to the report, deputies were called to a residence on Rockmart Road about a possible ongoing dispute.

When deputies arrived, Bridges told them that he was there to tell his ex-girlfriend that one of the couples’ grandchildren were sick.

Bridges also told deputies that he knocked on the door with his hand in order to get his ex-girlfriend to speak with him, however she would not come to the door.

As a result, Bridges said he began to yell while revving the engine to his vehicle in order to wake her up.

According to the report, deputies then spoke to the complainant, Christopher Dixon, who alleges that Bridges had damaged his property and that he wished to have Bridges prosecuted.

Dixon told deputies that Bridges had come to the property and after revving his engine and yelling at Dixon and the ex-girlfriend, Bridges then began to hit the front door with a foreign object.

Deputies say after observing the door, they saw three dents in it where it had been struck by an object.

When deputies returned to speak with Bridges, he admitted that he had hit the door with a pipe.

According to the report, it was a gray jack handle, in which deputies say had red paint transfer on the top of the handle.

Bridges was then placed into handcuffs where he was taken to the Carroll County jail. Deputies say that after Bridges was placed under arrest, he turned to Dixon and yelled “when I get out of jail, I will get you.”

Due to that statement, deputies charged Bridges with terroristic threats and acts. As of Wednesday, Bridges is still in jail.