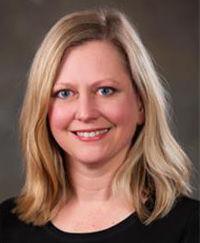 According to a statement from Tanner Health System issued Monday afternoon, with the arrival of colder weather and the omicron variant of the coronavirus, the system’s medical leadership is closely watching infection rates and hospitalizations in the region.

But while hospitalizations have increased — from 14 system-wide on Dec. 20 to 35 on Dec. 27 — the numbers have not yet approached those seen during the peak of the Delta surge, according to Tanner’s statement.

Dr. Larson noted that the lead indicator is the infection rate.

“That’s how you know how fast it’s spreading in the community,” she said.

The news release issued by Tanner Health Systems also noted that holiday gatherings held during Christmas will drive both the infection rate and the hospitalizations.

“Gatherings lead to exposures, exposures lead to infections, infections lead to illness,” said Dr. Larson, who urged residents to follow guidance from the Centers for Disease Control and Prevention (CDC) for safer gatherings. “That includes gathering outside if possible, testing to see if you have COVID-19, masking and avoiding gatherings if you’re sick.

And of course, Larson urged getting vaccinated remains the best way to prevent infection and lower the risk of severe illness.

“With the omicron variant, we’re still seeing lower rates of infection and severe illness among the fully vaccinated,” Larson said. “The vaccine has been available for a year now — we know it’s safe and effective.”

Comparatively, figures posted by the DPH for the same two-week timeframe for neighboring counties to Carroll County indicated the following:

The statewide total during the last two weeks

Sunday, there were 120 patients seen in Tanner Health System’s urgent care facility located on Highway US 27 South in Carrollton, which is approximately twice the normal volume. Included in that number were 43 people who tested positive for COVID-19.

The facility is open 8 a.m. to 8 p.m. Monday-Friday and 8 a.m. to 5 p.m.m on Saturdays and Sundays. Other Tanner Health Urgent Care centers are located in Villa Rica and Bremen.

Residents can find vaccination opportunities near them through the CDC’s Vaccine Finder. Tanner Health System has a link at tanner.org/takemyshot. 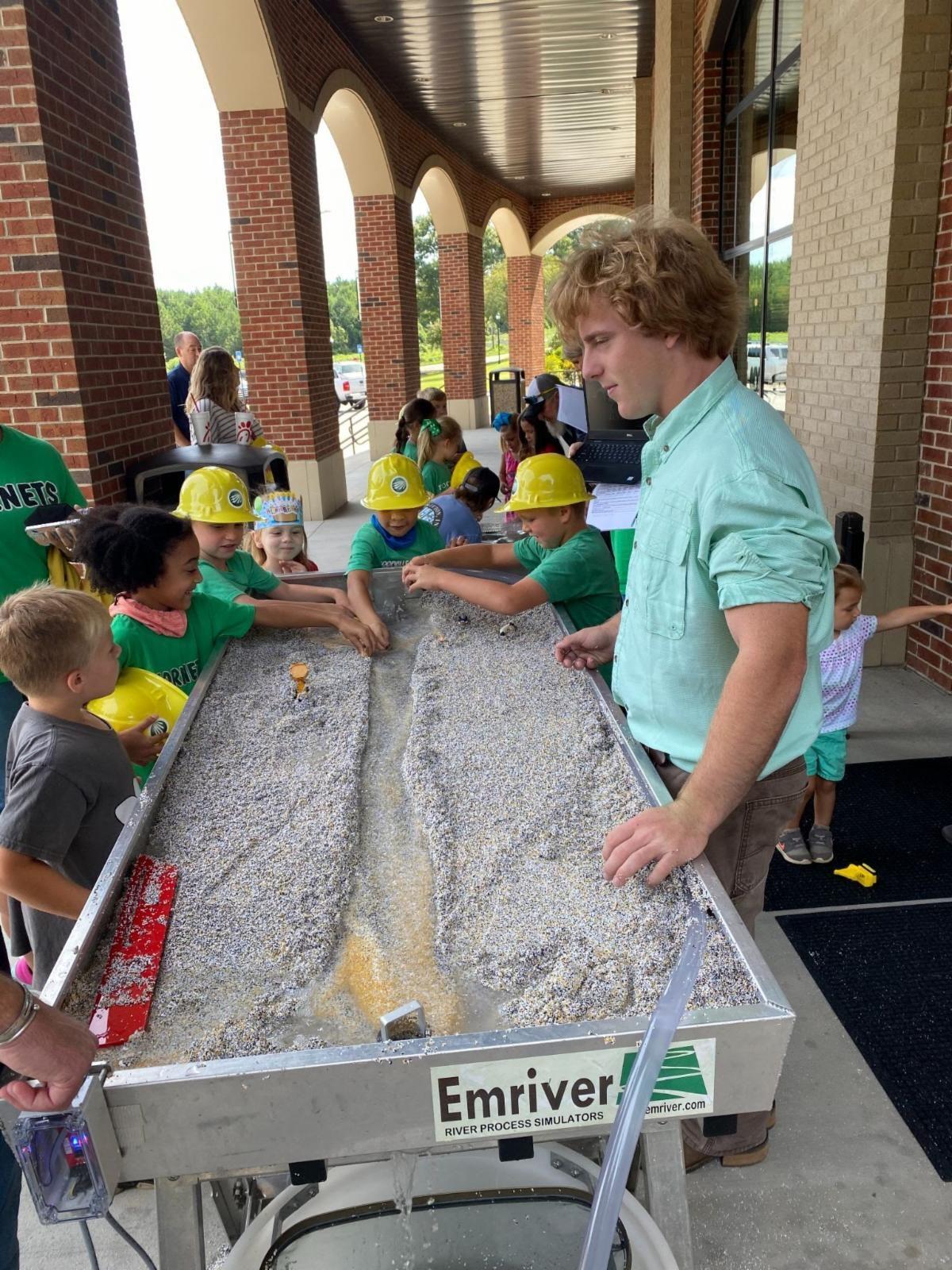 More than 70 trees filled the lobby of the Hamilton-McPherson Fine Arts Center for the annual Festival of Trees fundraiser put on by Jones Elementary and Bremen Academy Student Council.

One of the several sports-themed Christmas trees at the Festival of Trees is shown.

A few traditional trees were found at the Festival of Trees interspersed with the themed-trees.

Louise Musselwhite holds her great-granddaughter, Jodi Wallace, 1. It is an annual holiday tradition for her family to get together to visit the Festival of Trees.

Last Thursday morning, the final day of Bremen City Schools Festival of Trees, was a busy one as bidders swooped in to the Hamilton McPherson Fine Arts Center see if their’s was still the highest bid on the tree of their choice. Others were more intent on the holiday spirit, and came in for one last look at the cheerful holiday decor before the trees were claimed by the winning bidders.

The Festival of Trees, organized by the Student Council of Jones Elementary School and Bremen Academy, has been a staple of the holiday season in Haralson County since 2008. Burt Barrow, art teacher at Jones and the Academy, said before that, the Student Council donated a tree to the Festival of Trees hosted by Children’s Healthcare of Atlanta. That festival ended in 2014 and the system just started doing their own, he said.

The event, which typically runs eight days through Dec. 15 this year, is still a fundraiser, but now it is for Bremen community members, Barrow said.

“We locate anyone who has a medical crisis,” Barrow said. “I have never turned down a name.”

Barrow and Bremen Academy teacher, Kasey Bridges, have been helping to organize the event, he said. The principals at all the schools are asked to nominate people and other community members have also turned in names. There are eight people in the community who were nominated this year including two teachers battling cancer, Barrow said.

The festival usually has between 60 and 80 trees on display; this year there were 75. There are always some trees filled with gift cards and a few dedicated to sports. This year sports-themed trees included a baseball tree and trees honoring the Bremen Blue Devils, Alabama Crimson Tide and Georgia Bulldogs.

There are also imaginative trees including a Santa tree — a tree of ribbon and garland topped with Santa’s smiling face — a construction tree covered with tractors, topped with a hardhat and using a streetscape rug as a tree skirt, and a tree representing the Griswold Family Christmas from the movie “Christmas Vacation,” complete with a “scorched

cat skin” and jelly of the month club membership underneath the tree.

There are meaningful trees including one festooned with beaded bracelets made to cheer up family and friends as the community battled COVID and an angel tree, a white tree topped with angel wings and covered with angels. There are also plenty of themed trees and traditionally-decorated trees to please holiday tree lovers of all tastes.

In all, the festival generally raises between $5,000 to $6,000 which is then split among the families in need, Barrow said.

“It’s a great way to put everyone in the spirit of giving and remembering what Christmas is all about,” he said.

Officer Micahiah Swain of the Georgia Department of Motor Carrier Compliance retrieves a beam bag chair for his sponsored child, Deasia Lowery, a student at Glanton-Hindsman Elementary School, during the Villa Rica’s Shop with a Cop annual event.

During their annual shop with a cop event, Villa Rica officers budgeted approximately $18,000 to purchase presents for children in need.

Shop with a Cop is an annual program in which police officers take children Christmas shopping who may not otherwise get any presents.

According to officials, Villa Rica has participated in this program for at least the past 20 years.

While the primary purpose of the program is to help children enjoy the holiday, officers say they believe that it helps kids see them in a different light and encourages trust.

This year, the event was held at the Walmart, located at 600 Carrollton Villa Rica Highway on Monday, Dec. 20 at 9 a.m.

Keith Shaddix, Villa Rica Police Department captain, said that several businesses, civic organizations, and individuals have contributed, many of which do not wish to have their names published.

“In addition to those businesses, there was three churches that came together to do a combined service,” said Shaddix. “They took up donations that night just for shop with a cop.

“It’s all through the community and we are just super blessed that we raised as much money as we have.”

Shaddix said the shopping took place in three groups, providing gifts for 113 children on the list, with $150 budgeted per child.

Shaddix told the Villa Rican on Monday that not only did they purchase items for the children, they also purchased items for seniors. The gifts were to be delivered on Dec. 22 and Dec. 23.

“There are 94 seniors that we will be delivering gifts to,” said Shaddix. “Although we didn’t spend as much on the seniors, we spent nearly $1,000 on their gifts.”

Shaddix said the generosity of the community is one of the reasons he loves what he does.

“That’s why I love working here,” said Shaddix. “This community supports us and what we do. This is great.”

This rendering shows the exterior of a proposed 250-room Westin Hotel at Foxhall Resort in south Douglas County.

Even as Foxhall Resort in south Douglas County has added villas, a $10 million clubhouse and other amenities in recent years, a Westin Hotel and conference center that have been talked about for a decade have been elusive.

The Douglas County Board of Commissioners in 2016 approved an incentive package that was to bring the hotel and conference to fruition. But there were issues with funding.

Foxhall is now back before the BOC asking for a different agreement that could get the hotel and conference center off the ground by late next year, according to Chris Pumphrey, executive director of the Development Authority of Douglas County.

Pumphrey made a presentation to the BOC at its Dec. 13 work session laying out the new proposal from The Merrill Trust, which owns Foxhall.

The project now covers 50 acres at the resort and includes a 250-room Westin Hotel, 200 unbranded rooms in villas, a 50,000-square-feet conference center, a 20,000-square-feet clubhouse, two restaurants, two bars, a market and light retail, according to a letter Pumphrey wrote to the BOC.

Pumphrey also stressed in the letter that Foxhall will not be annexed into the city of Chattahoochee Hills, a prospect that had been entertained earlier this year.

Under the new request, the development authority would provide a 15-year tax abatement to Foxhall and redirect hotel/motel taxes generated by the project to cover debt service and offset marketing costs.

“We’ve heard a lot of the concerns,” Pumphrey told the Sentinel. “So it’s trying to find that middle ground to where the project still is a significant economic generator for the county and that the project also gets a sufficient tax break to where they can sell those bonds in the bond market. I think that’s what we have.”

Under the old deal approved in 2016, Foxhall was to have received a 30-year property tax abatement on 95 acres, Pumphrey said.

All local sales tax would be paid to the county and school system under the new deal. In the 2016 deal, sales tax generated by the development was designated to cover bond indebtedness.

Both the 2016 deal and current deal would involve the development authority issuing bonds for the conference center. However, in the new deal, non-recourse revenue bonds with no financial obligation to county taxpayers are being used, Pumphrey told commissioners in the letter.

Hotel/motel taxes would go to Foxhall to cover bond indebtedness under the 2016 and current proposals.

Pumphrey said plans are for the new proposal from Foxhall to go before the BOC at its first meetings in January.

He said an analysis by Georgia Tech showed the project generating $49 million in fiscal impact over 15 years — $32 million for the county and $17 million for the school system.

Asked what would happen to Foxhall if the BOC doesn’t agree to the new proposal, Pumphrey said he’s not sure.

“They may just seek alternatives with the site,” he said. “ But it wouldn’t have its optimal use, I don’t believe, if it’s not approved. … Maybe it just winds up being a residential site, which would not be the optimal use of it.”

Elaborating on what he meant by “optimal use,” Pumphrey said if Foxhall becomes primarily a residential site, it might bring in a quarter of the $49 million fiscal impact projected from the Westin and conference center.

“With residential you also have more services that are associated with that,” he said. “So it’s why we do economic development. You attract commercial and industrial development into the community so that you can try to balance out the cost of services. So, the more you can bring into the digest, the better services that you can provide, the more improvements you can make to your parks, the more you can improve roads and all those various things. So you need that commercial offset. Otherwise, it’s going to be solely residential, and residential, if it’s all residential, it just doesn’t pay for itself. And so you need those offsets to make the community more attractive.”